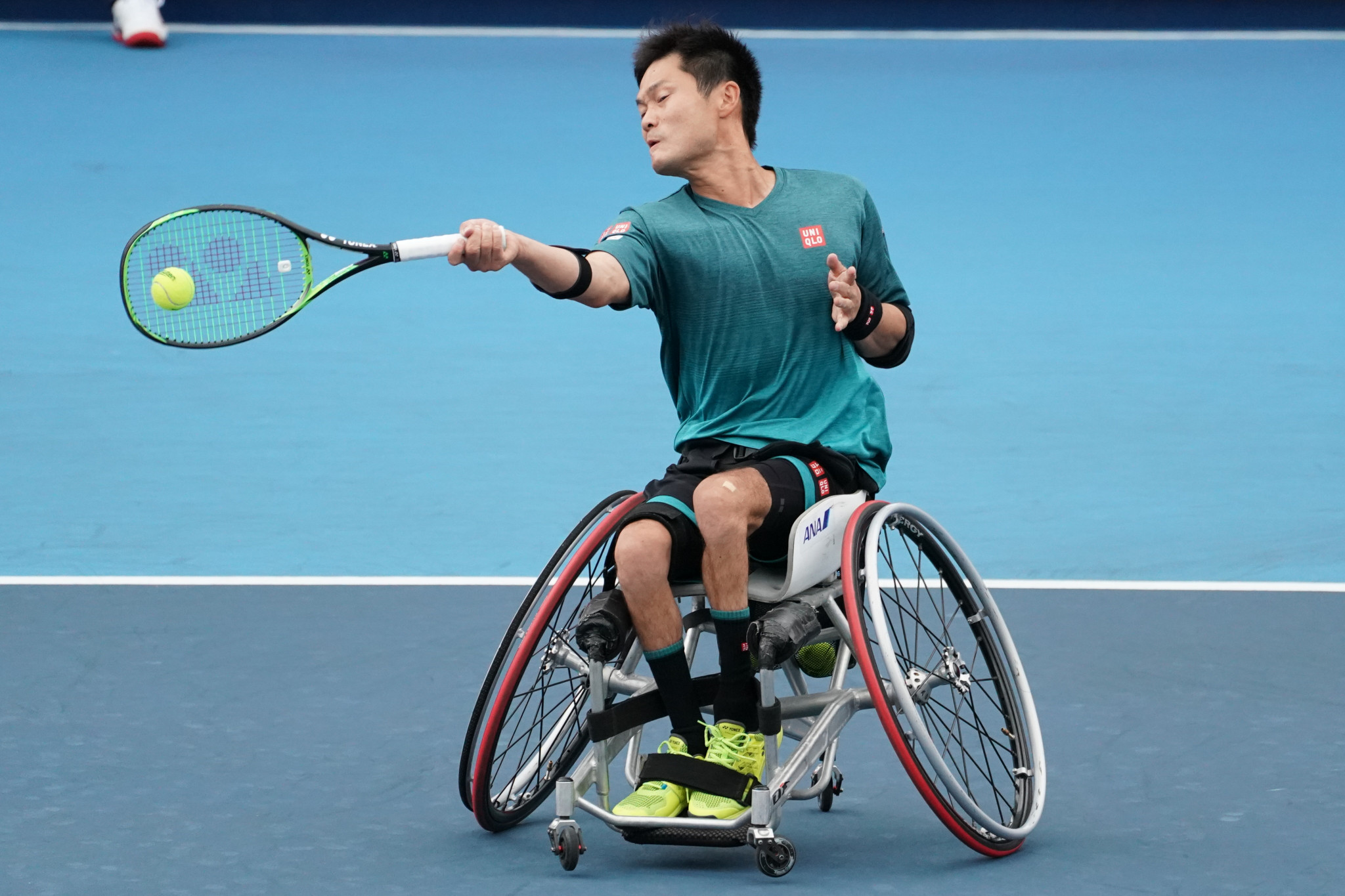 Shingo Kunieda of Japan topped Group B of the men's singles competition at the NEC Wheelchair Singles Masters in Orlando.

The three-time champion defeated Nicolas Peifer of France 6-0, 6-4 at the United States Tennis Association National Campus, with Joachim Gerard of Belgium defeating Gordon Reid of Britain 6-3 6-1 6-0 to finish second in the group.

Kunieda, Paralympic gold medallist in 2008 and 2012, is set to meet Alfie Hewett in the knockout stage, with the British athlete beating Stefan Olsson of Sweden 6-4 6-2 in Group A.

Gerard is due to come up against Argentina's Gustavo Fernandez, a 6-1 2-6 7-5 victor against Stephane Houdet of France.

In the women's singles event, Dutch world number one Diede de Groot was the winner in Group A, comfortably defeating Zhenzhen Zhu of China 6-2, 6-2.

Her playoff opponent is scheduled to be Jordanne Whiley of Britain, who overcame Kgothatso Montjane of South Africa 4-6 6-2 7-5 to come second in Group B.

Fight for the final.

Yui Kamiji of Japan topped Group B with a closely-fought 1-6 6-4 7-5 victory against Aniek Van Koot of The Netherlands, setting up a clash with Marjolein Buis.

The Dutch athlete battled to beat Sabine Ellerbrock of Germany 6-0 3-6 7-5.

In the doubles competition, De Groot and Van Koot reached the final following a 6-3 6-3 win against Buis and Dana Mathewson of the United States.

They will play Whiley and her compatriot Lucy Shuker, who beat Montjane and Katharina Kruger of Germany 6-2, 6-3.

The knockout stages are scheduled for tomorrow.