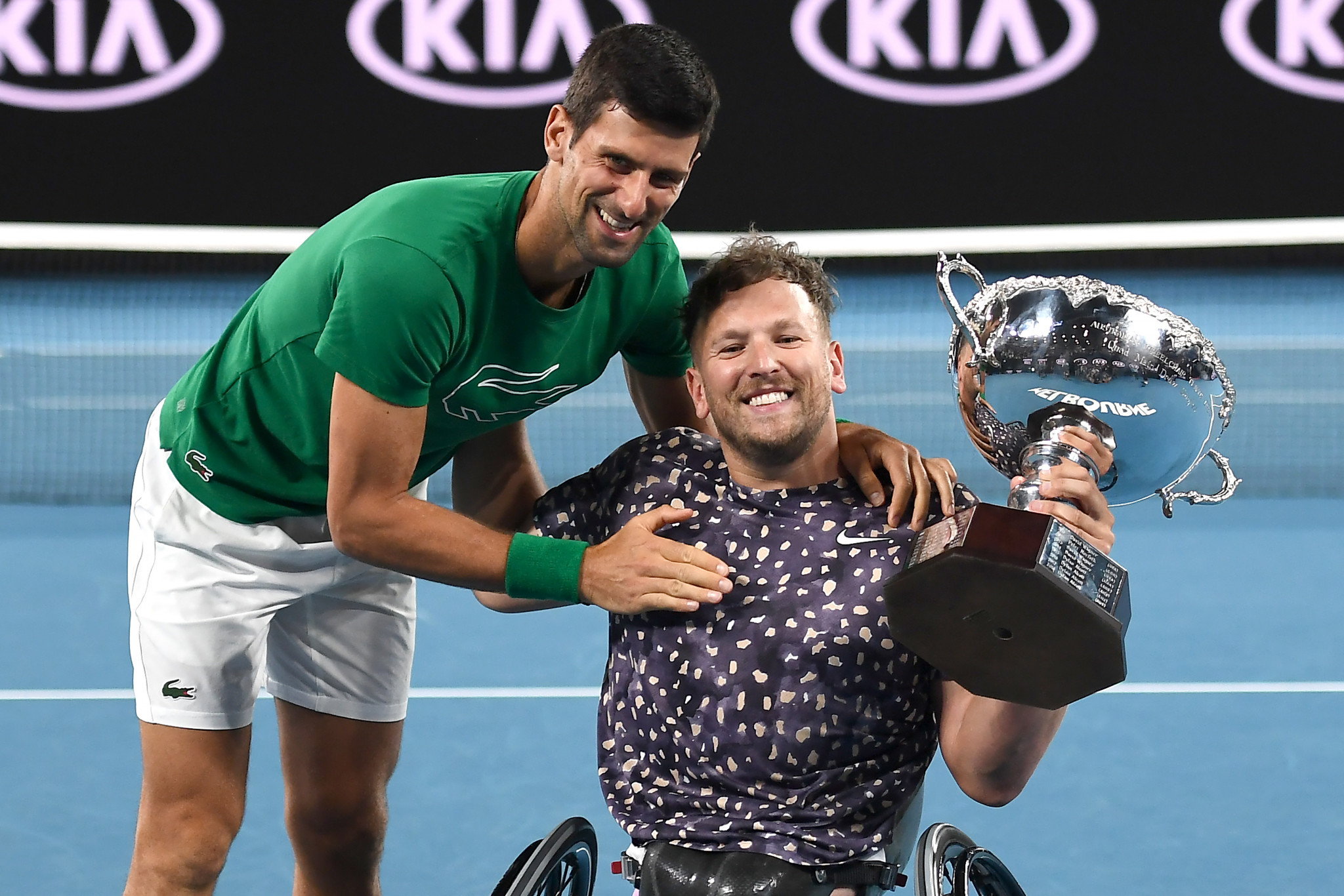 Dylan Alcott won his first sixth straight Australian Open in the quad wheelchair singles with a 6-0, 6-4 victory over Britain’s Andy Lapthorne in the final in his home city of Melbourne.

Alcott, who has only lost 23 matches in nearly 200 played, made quick work of Lapthorne in the first set before winning a competitive second set to win his 10th Grand Slam singles title.

Another Japanese player is in the women’s final as Yui Kamiji, Australian Open women’s doubles champion, has a singles rematch with The Netherlands' Aniek van Koot, who lost in that doubles final.