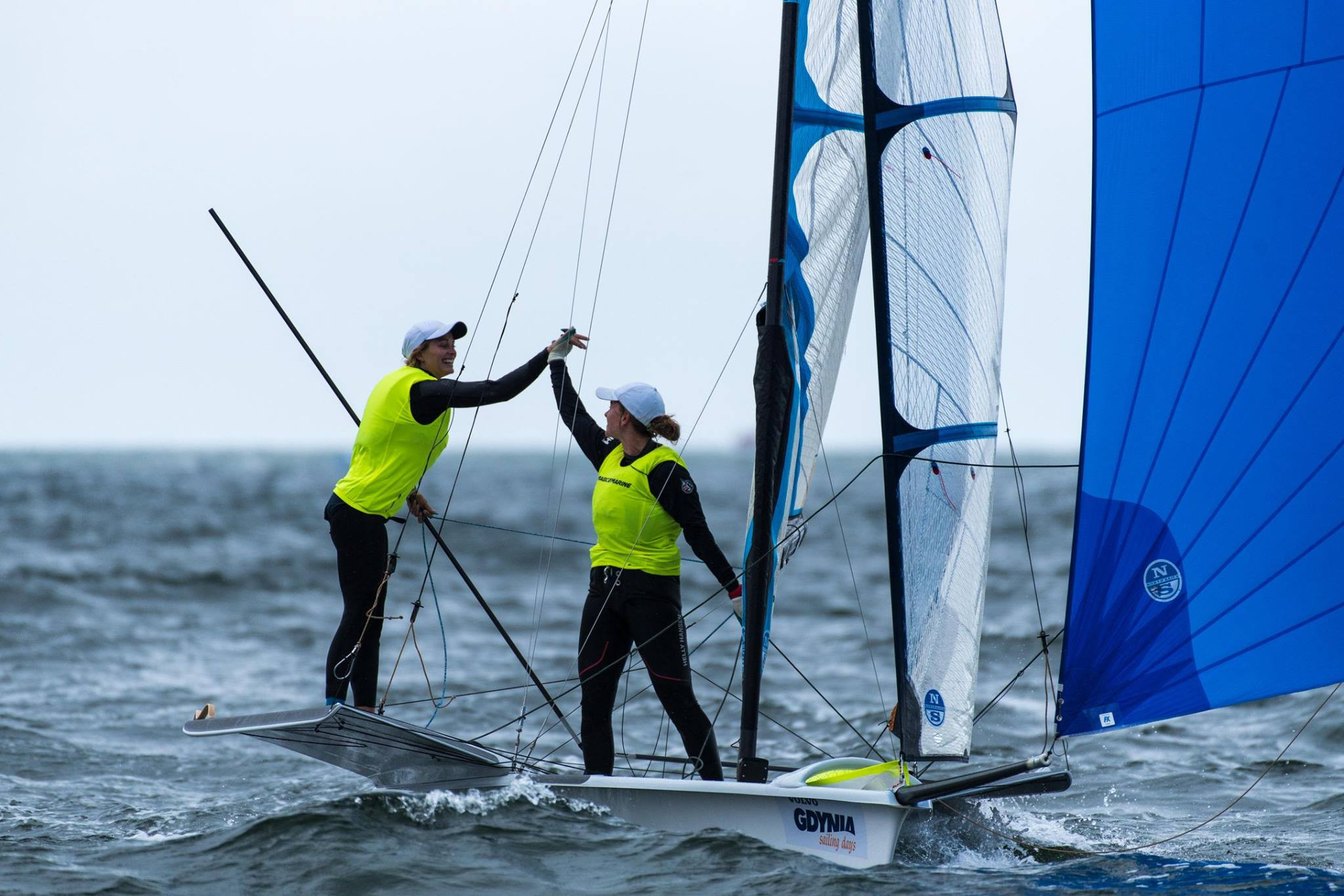 Helene Næess and Marie Rønningen of Norway have closed the gap on Germany's Tina Lutz and Susan Beucke at the European 49erFX Championships in Austria.

Only one race took place in the 49erFX discipline due to the weather conditions on Lake Attersee.

Næess and Rønningen finished second to bring their net total to 13.0 points, just two behind Lutz and Beucke, who had a disappointing 14th place finish discarded to remain on 11.0.

Italy's Carlotta Omari and Matilda Distefano moved up to third with 29.0 after coming sixth.

There was also only one race in the Nacra 17 class, with Argentina’s Santiago Lange and Cecilia Carranza Saroli finishing eighth to maintain their lead with 31.0 points.

John Gimson and Anna Burnet of Britain edged closer on 36.0 after finishing second, with Ruggero Tita and Caterina Banti also progressing by winning the race to end the day on a net total of 39.0.

The 49er fleet were unable to complete a race, leaving Dutch pair Bart Lambriex and Pim van Vugt at the top of the standings.

Competition concludes tomorrow, with four races in the 49er, 49erFX and Nacra 17 set to take place early in the morning to take advantage of the forecasted wind.