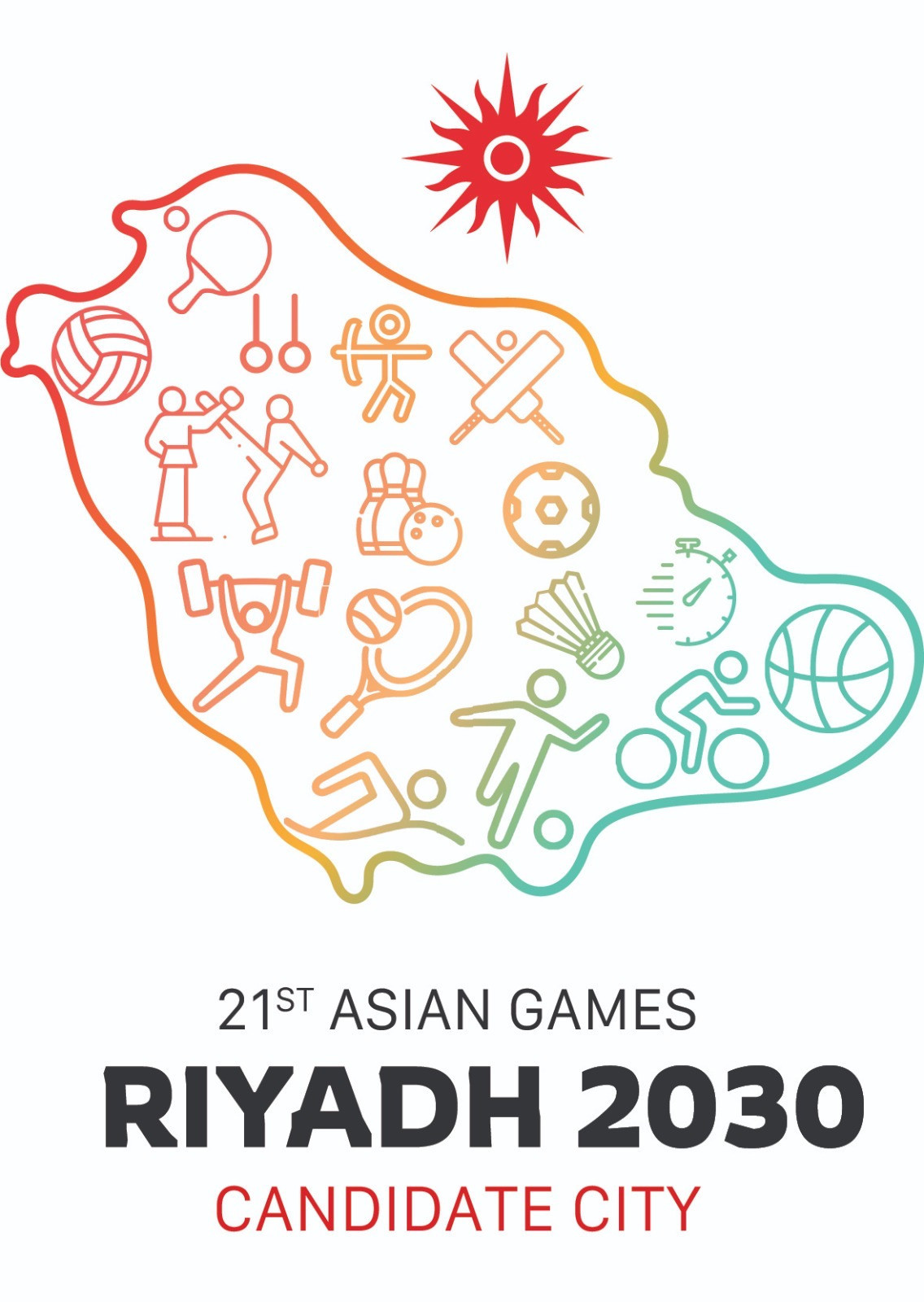 Riyadh has launched the slogan and logo for its 2030 Asian Games bid and claims the event would be a "driving force in the transformation of the city and Saudi society".

Saudi Arabia's capital is battling against Doha in Qatar for the right to stage the flagship Olympic Council of Asia (OCA) event in a decade's time.

The oil-rich Middle Eastern nations share a border and are currently locked in a diplomatic crisis, meaning this is a bidding race with plenty of added spice.

Doha yesterday described their bid as a "national priority" and the Saudis used the exact same wording today.

Both countries submitted their candidature files by yesterday's deadline, with the OCA now confirming they will pick the winner at a General Assembly in Oman's capital Muscat on December 16.

The pair are bidding against a backdrop of international criticism over their human rights records, with Amnesty International already calling on the OCA to ensure both candidates are assessed to identify potential risks.

Riyadh has opted for the slogan "Transforming the Future", with its logo a map of the Kingdom with sports pictograms included inside.

"The bid promises a new model for the Asian Games in a new era for the Kingdom - ultra-modern yet steeped in history, ambitious but realistic, visually stunning but environmentally-conscious," a statement said following a video launch on YouTube.

"It would deliver a vibrant, world-class Games experience, whilst also being a driving force in the transformation of the city and Saudi society."

Saudi Arabia has never hosted the Asian Games before but sport is a key part of the country's vision of opening up to the world.

A number of major sporting events have already been hosted there and it is likely the biggest prizes of the Olympics and FIFA World Cup are on the country's radar.

"Hosting the 2030 Asian Games would be an enormous honour and an opportunity to inspire a new generation of athletes throughout Asia, unifying the region in a celebration of sport," said Prince Abdulaziz bin Turki Alfaisal Al-Saud, the chairman of Riyadh 2030 and President of the Saudi Arabian Olympic Committee.

"Delivered in partnership with the OCA and NOCs from across Asia, a Riyadh 2030 Asian Games would reach the largest audience ever, engaging and inspiring new Olympic devotees and stimulating fresh interest in sport across the region and beyond.

"We are passionate about hosting our first ever Asian Games.

"It is a national priority, with total, focused and unwavering political and public support.

"It is the number one objective of the Saudi sports movement and the dream of our entire nation.

"Riyadh is a city of avid sports fans who love to attend events and fill stadia and, if we are lucky enough to host the Asian Games, we promise an unforgettable, festival atmosphere for fans and athletes.

"Alongside this, and in line with our Saudi Vision 2030, it would be a golden opportunity to drive long-lasting sporting, societal and cultural change and transform the future."

Riyadh has promised athletes the chance to excel on a "spectacular, modern and sustainable stage".

World-class venues and transport have been pledged as well as maximising the use of existing venues.

"As a woman, I also know the opportunity that this bid represents for the future of generations of young girls," Princess Reema, also the Saudi Ambassador to the United States, said.

"Since 2010, the numbers of female participants have grown across a wide range of sports.

"Today, 80 per cent of the country's federations include female members.

"It is important that over the next 10 years, we continue this progress, with more female athletes and opportunities for women to participate economically in our growing sports ecosystem.

"Imagine the impact of the Asian Games in driving forward this transformation."

Saudi Arabia led a blockade of Qatar in 2017, after accusing Doha of supporting terrorism.

The country was joined by others including the United Arab Emirates, Bahrain and Egypt in severing diplomatic relations.

An OCA statement wished both bidders the "very best of luck".

The 2030 race is a departure from the organisation's normal custom of deciding on its preferred city and electing it unopposed.

This year's General Assembly was due to be held alongside the 2020 Asian Beach Games in Chinese city Sanya, but this event has been moved into 2021 because of the coronavirus pandemic.

"The Olympic Council of Asia is pleased to announce that, by the end of the deadline of October 4, 2020, the OCA has received the official bids from the cities of Doha, Qatar and Riyadh, Saudi Arabia offering to host the 21st Asian Games in 2030," the OCA said.

"The OCA Evaluation Committee will be visiting both the candidate cities in the third week of October to assess the bids."