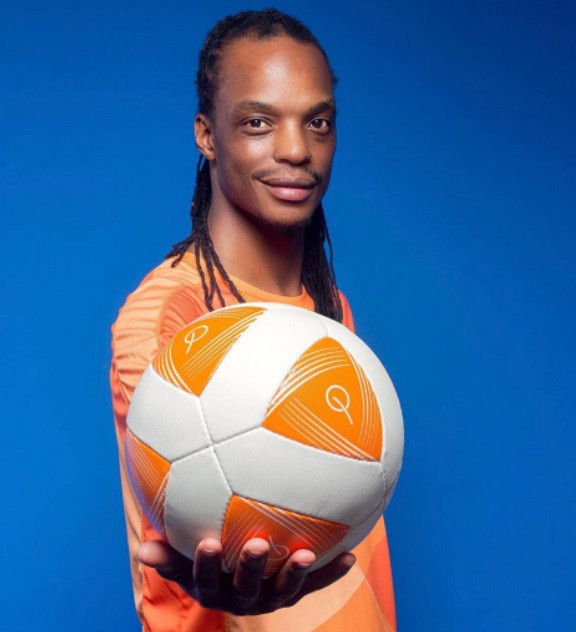 Bhembe is the President of the Teqball Eswatini Federation and has ambitious plans for the sport in the African country.

The 38-year-old spent much of his football career in his native country before being drafted into the Major League Soccer by Real Salt Lake City in 2009.

Following his retirement, Bhembe said he became captivated by teqball, admitting it was "love at first sight".

"I will never forget my first experience on the curved world," said Bhembe.

"I had to travel from Eswatini to Zambia honouring an invitation to attend the Olympafrica Directors conference, where the International Federation of Teqball (FITEQ) conducted training for the directors as an introduction to teqball.

"Teqball is so addictive simply because once you try the sport it brings a different and unique challenge to you as an individual and creates that sporting adrenaline to keep playing and trying to conquer your opponent."

Soon after his first introduction to teqball, Bhembe was involved in the process of establishing the National Federation in Eswatini and is excited by its potential.

"The main sport here is of course football, but I truly believe teqball could become number two," said Bhembe.

"We only have a population of 1.3 million, but we are a country of active people.

"Teqball brings hope to the people and can give them the opportunity to make their country proud on the international stage."

Despite challenges caused by the COVID-19 pandemic, Bhembe says he has no plans to slow down as he aims to host a National Challenger Series event at the end of the year.

"We want to reach our target of having 20 fully registered teqball clubs," said Bhembe.

"With the resumption of football, we also want as many teams as possible, including the national team, to use teqball in their training sessions.

"This will be an important way to keep building awareness of the sport."

The FITEQ believe its club development programme has helped to "fast-track the growth of the sport" in Eswatini by providing more tables for players to use.

"Without this support, I doubt we would be enjoying the success that we are now," added Bhembe.

"The interest to set up teqball clubs around the country has been overwhelming.

"It is an Eswatini sports governance policy for any sports federation to have at least two active member clubs in each of the four regions and we are very happy to say that we have achieved that in a short period of time.

"There is still so much to do under this programme but the response from the public so far has really been amazing."