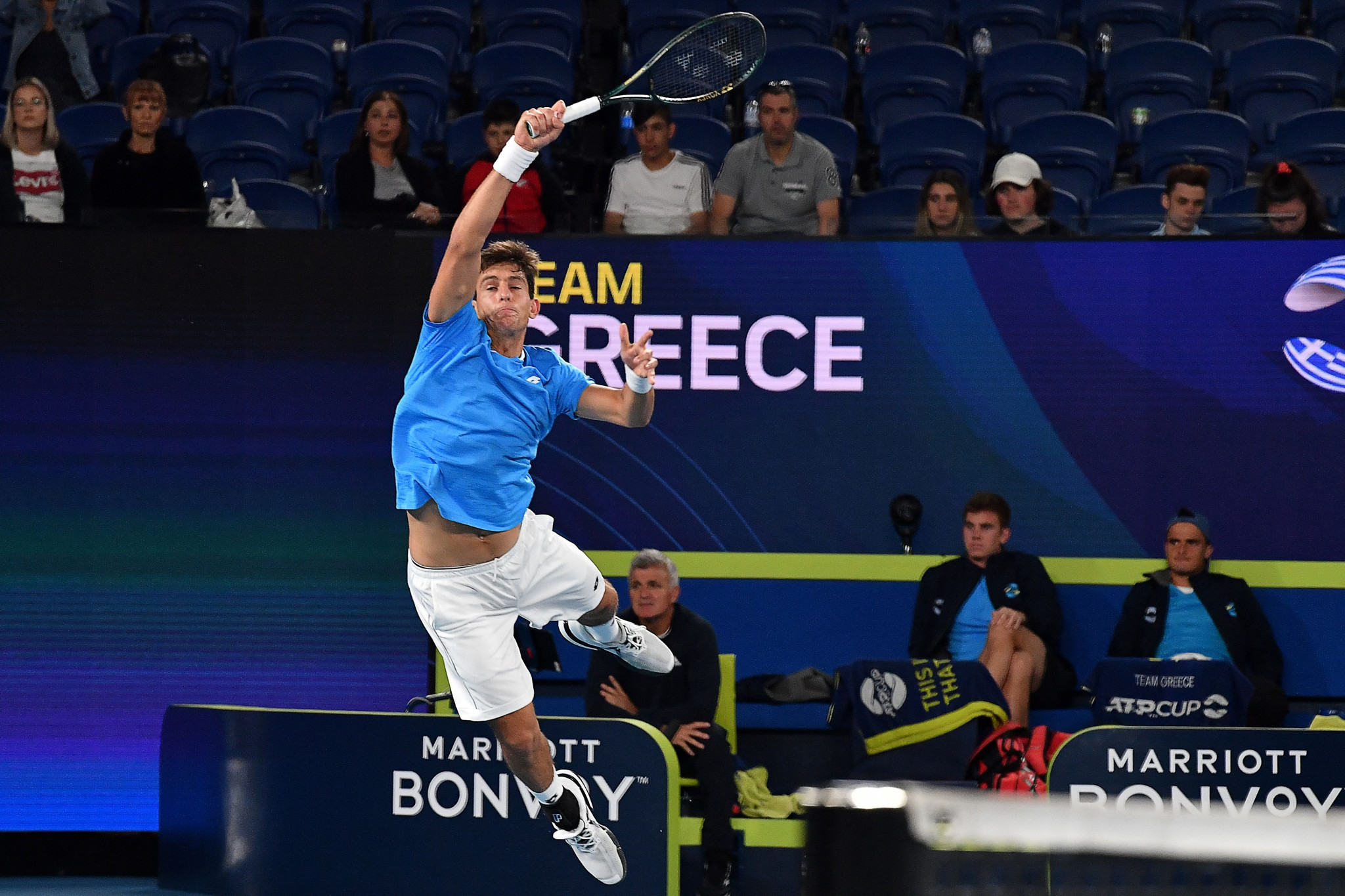 Australian Open organisers have said there is no reason for alarm despite Greek player Michail Pervolarakis testing positive for coronavirus after leaving the country.

Pervolarakis was not in the draw for the Grand Slam at Melbourne Park but was part of the Greek team which played in the warm-up ATP Cup event at the same venue.

The world number 463 has tested positive for COVID-19 after arriving in South Africa via Qatar.

He flew out of Australia on February 9 and provided a negative test before then, organisers said.

It means officials believe the 24-year-old contracted the virus while travelling and there are no fears over the security of the tournament's quarantine bubble.

However, it has also been confirmed that a cafe employee worked at the airport while infected on February 9.

Fellow Greek player Stefanos Tsitsipas, the world number six who partnered Pervolarakis in doubles at the ATP Cup, is still in contention at the Australian Open and faces a fourth-round clash with Italy's Matteo Berrettini tomorrow.

Despite Pervolarakis testing positive, Tsitsipas will not now undergo extra testing or be forced to isolate, The Age reported.

"While there's a link in the fact he left here, it is going to be up to the advice of the health authorities.

"The good news for us is he tested negative and then left, there's a fair bit of travel time.

"We will continue on [as] normal.

"Obviously anyone on-site that has any symptoms related to COVID is required to immediately isolate and test.

This year's Australian Open is taking place three weeks later than planned so those involved could quarantine after their arrival in the country.

COVID-19 has dominated the event, with 72 players unable to leave their hotel rooms for two weeks after flying in on planes where positive cases were later detected.

The spells in quarantine proved highly contentious as other players were allowed to leave their rooms for five hours a day to train.

Between 500 and 600 people connected to the event were then forced into isolation after a worker at one of the tournament's quarantine hotels tested positive, with the draw delayed as a result.

No fans are currently allowed in to watch the action.

Brett Sutton, the chief health officer in the state of Victoria, also said there was no cause for concern following Pervolarakis' positive.

"We've had these circumstances before where we've had notification through the national focal point," Sutton said.

"Under the international health regulations, that means that countries identify other countries where they think that the virus might have originated.

"This particular individual tested negative on the day of departure, but was on a long flight, mixed with other international travellers again with a significant risk of cases on the subsequent levels of flight.

Pervolarakis said he was now in an isolation facility in Potchefstroom.

"Got tested negative in Melbourne before leaving and the nurse said that I most likely got it on the plane or on my stop in Doha," he said.