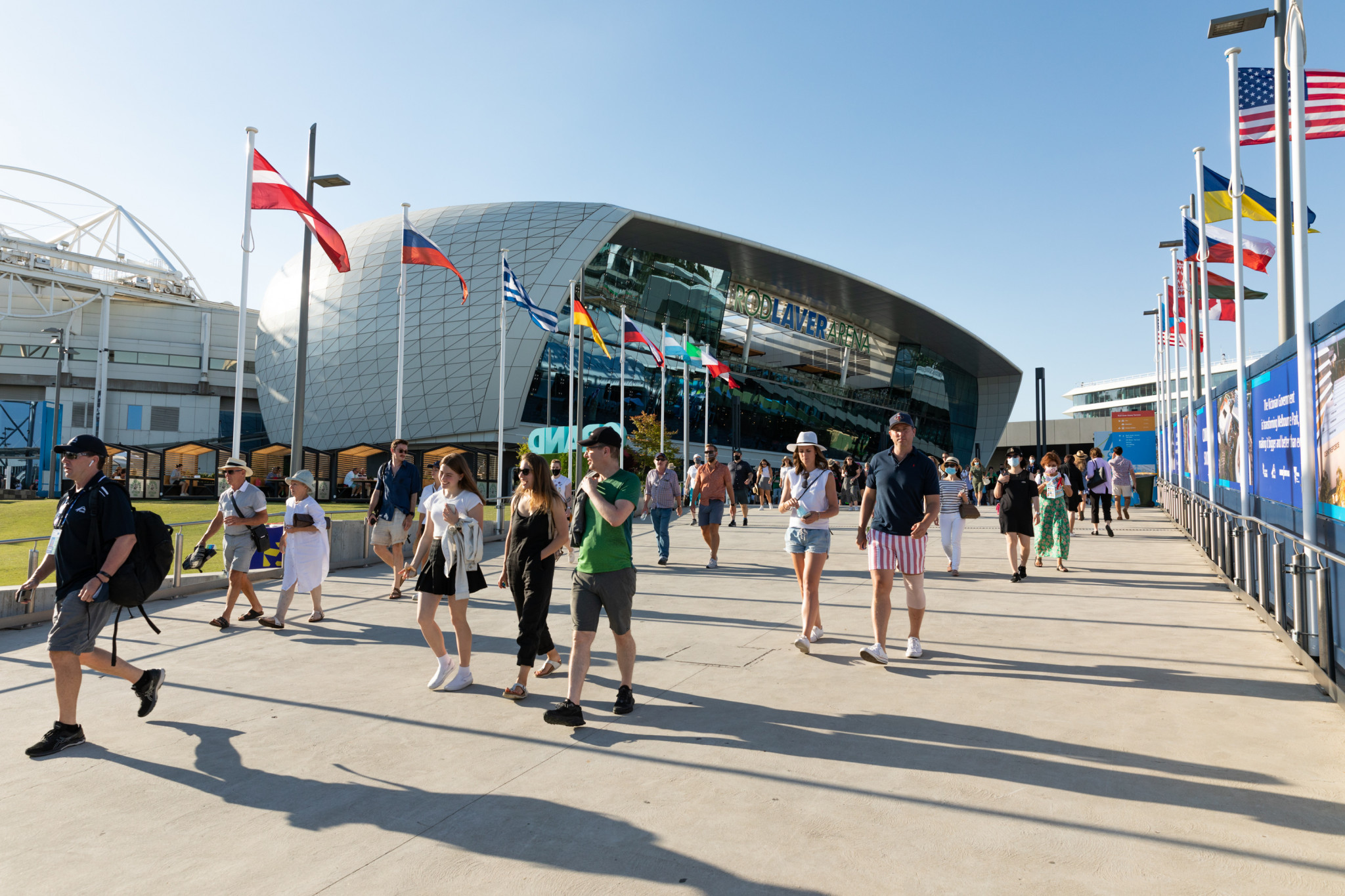 Fans will be permitted to return to the Australian Open for the final four days of competition after a five-day lockdown ends in Melbourne.

An outbreak of coronavirus forced a snap lockdown to be declared in Melbourne last week.

People living in the state of Victoria were ordered to stay at home for five days after cases linked to a Holiday Inn hotel at Melbourne Airport.

Victoria Premier Daniel Andrews has confirmed the lockdown will end as planned, but mask rules and gathering limits will remain in place.

Australian Open organisers have welcomed the opportunity to reopen the event to spectators, with crowds capped at 7,477 for each session.

"We look forward to welcoming fans back to the Australian Open for the next four days and to finishing the event safely and on a high," said Craig Tiley, Australian Open tournament director.

"The crowd will be capped at 7,477 for each session, which is approximately 50 per cent capacity."

Looking forward to welcoming fans back to Melbourne Park tomorrow with attendance capped at 7,477 - approximately 50% capacity.

"Last week we had our first real experience of live sport with fans in the stands and the atmosphere was electric," Tiley continued.

"The players appreciated the opportunity to compete in front of crowds for the first time in almost a year, and many spoke about how emotional it was to connect with fans again.

"The COVIDSafe measures we had in place will continue, and we’ve opened up the zones so everyone can access the full site and enjoy both Grand Slam Oval and Garden Square.

"We are all looking forward to an incredible four days of tennis and can’t wait to see everyone back at the Australian Open."

Fans had been allowed to watch the opening five days of matches at the Australian Open.

Matches will take place at the Rod Laver Arena and Margaret Court Arena, with the two women’s and first men’s singles semi-finals taking place on the former tomorrow.