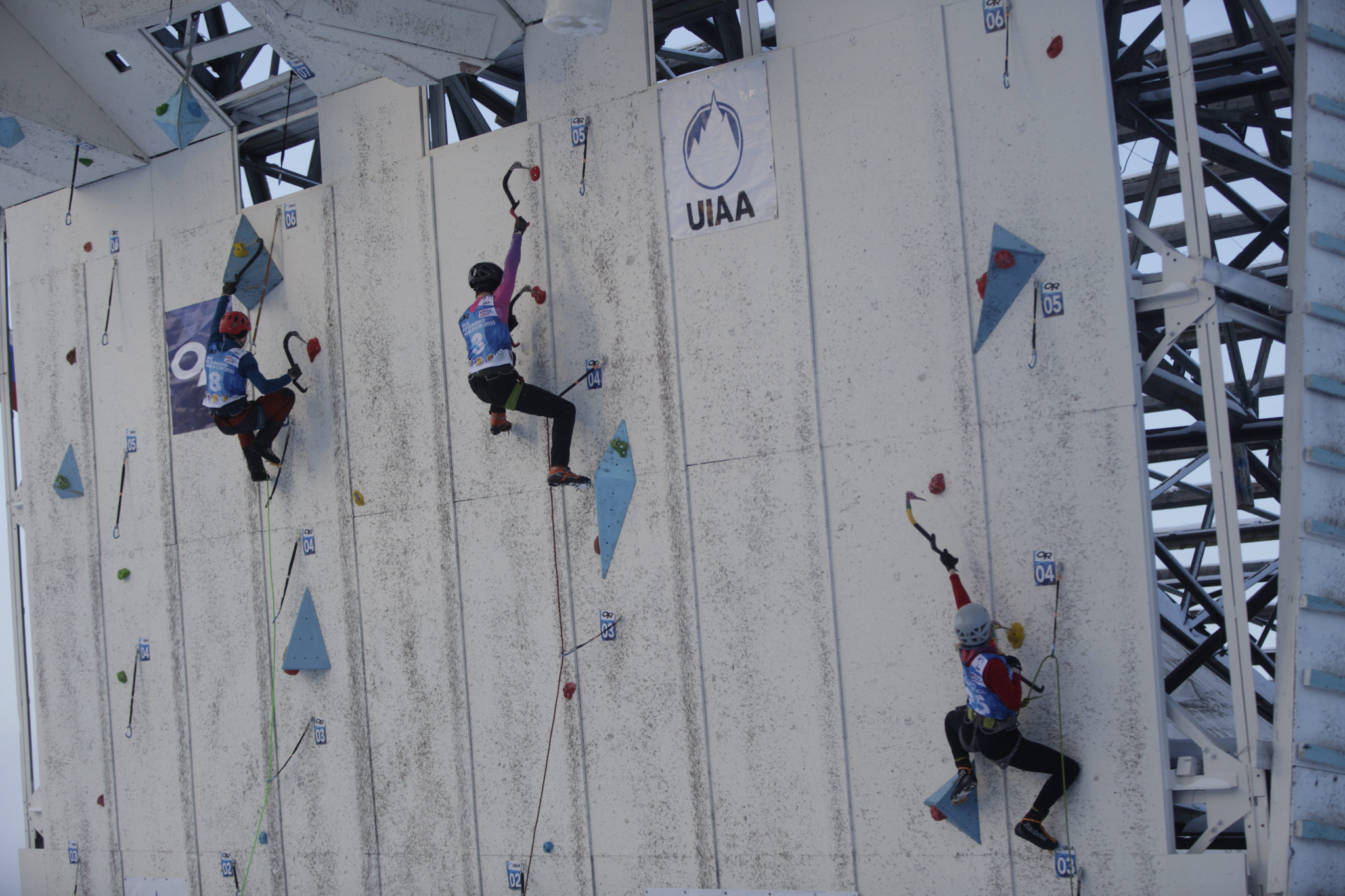 Kirov in Russia is staging the first and only International Climbing and Mountaineering Federation (UIAA) Ice Climbing World Cup in a severely disrupted 2020-2021 season due to the coronavirus pandemic.

Travel restrictions caused by the COVID-19 crisis has impacted on the entry list, but the event has attracted almost 40 athletes from 10 nations.

The qualification rounds of the men’s and women’s lead events were dominated by the host nation today.

Details on the livestream & live results can be found here:https://t.co/fzeyj2C8SZ pic.twitter.com/7YXxbkAr1O

There was similar Russian dominance in the men’s competition, although Mohammad Reza Safdarian Korouyeh of Iran managed to finish joint top.

The quartet were followed by four more Russians in the top eight with Georgy Duplinskiy in sixth, Alexander Karandashev seventh and Ilia Kurochkin and Ivan Loshchenko both coming eighth.

Competition is due to continue tomorrow with the men’s and women’s lead semi-finals.

The finals are then due to be held on Sunday (March 7) along with men's and women's speed semi-finals and finals.