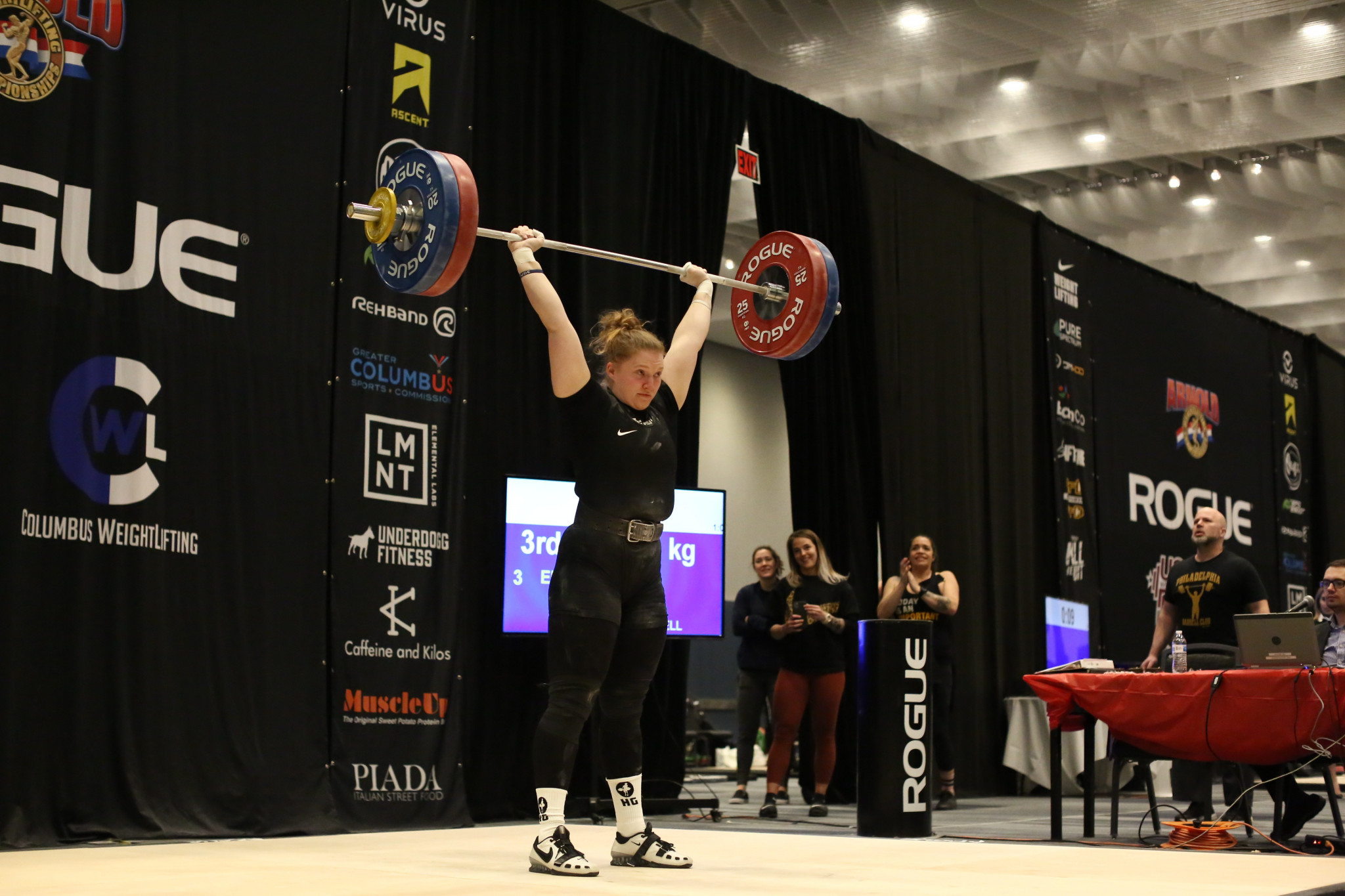 More than 400 weightlifters have returned to the platform to compete live in Spain and the United States this weekend, raising hopes of a return to some sort of normality after a year lost to the COVID-19 pandemic.

Among them was Lidia Valentin, one of the world’s most popular weightlifters, who topped the standings in the Absolute Spanish Cup in Leon today, where the men’s winner was David Sanchez.

That event was restricted to the top 30 lifters in Spain, 15 men and 15 women, across all weight categories and was televised live on the La Liga channel.

In Salt Lake City, Utah, nearly 400 athletes opted to lift "in person" and another 600 chose to compete virtually at what is believed to be the first hybrid international competition in any sport.

The four-day North American Open Series 1, now featuring Canadian as well as United States lifters, got the show back on the road after a run of cancellations and postponements.

Neither the Spanish nor the North American event is an Olympic qualifier or an official International Weightlifting Federation (IWF) competition, but they are a sign that the sport is opening up again in the build-up to four continental Championships which will take place in a 23-day period next month.

The fifth continental Championship, in Oceania, has been postponed until late August because of COVID travel restrictions, which leaves the IWF with a problem in terms of Olympic qualifying as Oceania lifters will be denied a chance to win "gold level" points.

In the absence of live competition in Oceania an email tournament was staged across the region throughout February, with a record 590 athletes from 20 countries taking part.

Eileen Cikamatana, formerly of Fiji and now lifting for Australia, stood out for her performance in the women’s 87kg with a best total of 250kg, while the rapidly improving Samoan Don Opeloge made 387kg in the men’s 96kg class.

Samoans finished top in seven of the weight categories.

"Live" events have been held in Russia and elsewhere recently, and Russia will play a lead role next month when it hosts the European Championships in Moscow.

But most athletes of all ages have been restricted to virtual competitions during lockdowns, the most high-profile of which have been in Peru and Colombia.

The last lift made in an event sanctioned by the IWF was a year ago yesterday, on March 5 2020 in the Rogue Weightlifting Challenge at the Arnold Sports Festival in Columbus, Ohio.

In the field for today’s contests at the North American Open is Kristen Erickson, a former shot-putter who competed in the super-heavyweights on that day last March before COVID-19 wiped out the rest of the 2020 programme.

That was at "the Arnolds", named for Arnold Schwarzenegger, a multi-sport event that usually draws 200,000 spectators over four days.

"It was a strange set-up," Erickson said, "because there are usually thousands of people watching and this time there were none.

"It was like a weird ghost town, and it was an introduction to the strange year that 2020 became.

"After I got home from the Arnolds I went into the office for one day and that was it, I was working from home after that."

Erickson, 26, is a data analyst for United Healthcare in Philadelphia who was swamped with work once the pandemic took hold, but never gave up on training.

"I would train every day as usual because the US Nationals were in May, but then they were cancelled," said Ericksen.

"Then I’d train every day for the next meet in September and that was cancelled too.

"So I kept training for Atlanta in December - cancelled.

"You had to have faith that the next meet would happen to keep your discipline, to not give up.

"My feeling after 2020 is that I’ve lost a year of learning to be a competitive lifter in the arena, of dealing with pressure, of travelling, of being in a different setting, in a different bed, eating different food.

"For some of my friends it caused a lot of damage to their motivation.

"People who are not in the sport for the long term, maybe they lost their fire.

"It could have happened to me as I was working from home - get up, walk 10 steps to work, log off at the end of the working day and the couch is right there, inviting you to sit down.

"Do I really want to go and train?

"But I would never let myself ask that question, I was always prepared, ready to go with no 15-minutes in between.

"My motivation was the thought that ‘a meet will come some day’.

"I competed online, which was nice, but it was my own bar, my own plates, at my own club - it felt like a normal training day rather than a competition.

"I’m glad to be back in a safer, smarter way.

"Hybrid is the best compromise we could have had.

"This is giving us hope for the nationals in Detroit in June and July."

Phil Andrews, chief executive of USA Weightlifting, said the decision to try a hybrid format, for an event with just under 1,000 entries but no spectators, was made in December.

Athletes had been training outdoors, in basements and garages, and in rented storage boxes.

"The community showed determination to keep the sport alive," he said.

Those competing in person must undergo a test before arrival, wear masks at all times, have their temperature checked, stay socially distant and even bring their own pens for signing in.

Coaches are not allowed to gather round the scoreboard, loaders must wear goggles - the list goes on.

"It’s very nice to be back in a situation here where you meet athletes and coaches and you talk to them about sport all day, not governance issues," said Andrews, referring to the political turmoil within weightlifting.

There was another bonus, said Andrews - the possibility of using the experiences from this event to shape future decisions.

Many competitors live a long way from venues, such as the day's first lifter from Hawaii, and a virtual option would cut their costs enormously.

New technology could also help in testing and recruiting referees.

One of the top performances in the first three days came from Maddison Pannell, who made a clean and jerk of 109 kilograms in the 49kg weight category.

Pannell, a former gymnast and CrossFitter who came late to weightlifting, has made very rapid progress.

Ilia Hernandez and Irene Martinez finished second and third in the women’s event, and the same positions in the men's event went to Marcos Ruiz and Alejandro Gonzalez Baez.

Their next competition will be the European Championships in Moscow.