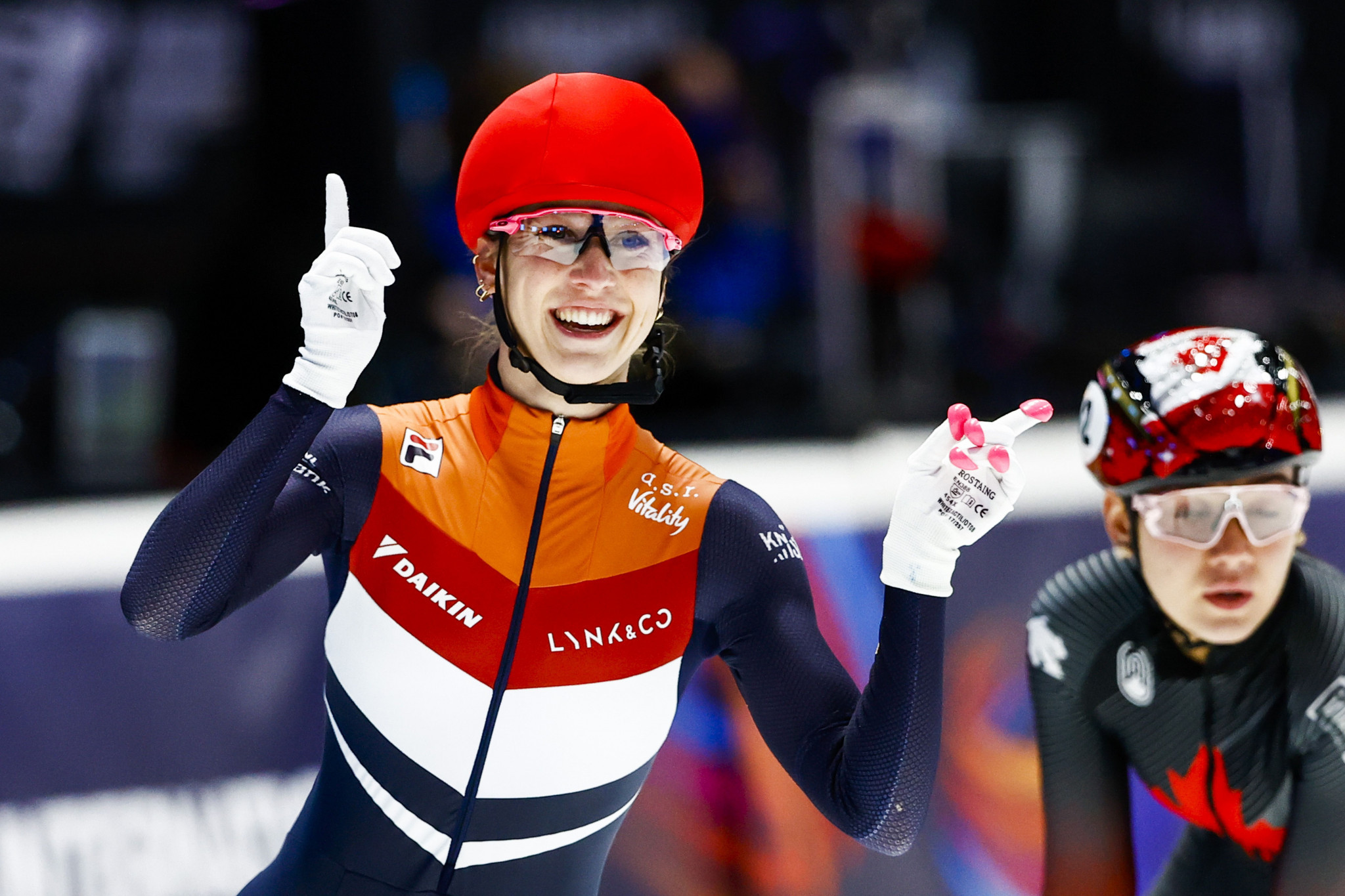 Suzanne Schulting completed a clean sweep of titles at the World Short Track Speed Skating Championships after earning victories in three events on the final day of competition in Dordrecht.

The Dutch star triumphed in the 500 metres and 1500m events yesterday, before turning her attention to defending the 1,000m title she claimed two years ago in Sofia.

Schulting achieved the feat by holding off the challenge of Belgium’s Hanne Desmet in the final.

The Dutch team of Schulting, Selma Poutsma, Yara van Kerkhof and Xandra Velzeboer topped the podium after recording a winning time of 4:08.024.

Schulting was confirmed as the clear winner of the overall event with 136 points, retaining the title she earned in 2019.

Sarault and Fontana trailed on 58 and 39, respectively.

Schulting matched Canada’s Sylvie Daigle in being the only women to win all titles on offer at the same World Championships.

The 3,000m relay world title was not awarded at the 1983 World Championships, when Daigle achieved the feat.

Hungary enjoyed success in the men’s competitions as brothers Shaolin Sandor Liu and Shaoang Liu achieved a one-two finish in the 1,000m event.

Sandor Liu topped the podium after finishing the final in a time of 1:25.901, with his brother clocking 1:26.000 for second place.

The brothers swapped places in the overall standings, as 500m champion Shaoang Liu topped the standings with 60 points.

Sandor Liu was second on 55 points with Russia’s Semen Elistratov third on 44 points.

The Netherlands were the winners in the men’s 5,000m competition as Daan Breeuwsma, Itzhak de Laat, Sjinkie Knegt and Jens van 't Wout finished nine seconds clear of their nearest challengers in 6:46.161.

Csaba Burján, John-Henry Krueger and the Liu brothers secured a silver medal for Hungary in 6:55.809.

The 2021 World Short Track Championships was the first edition of the event to be held since 2019, after last year's event was cancelled because of the pandemic.

China, Britain and South Korea were among the countries absent from the World Championships after withdrawing due to COVID-19 concerns and travel restrictions.