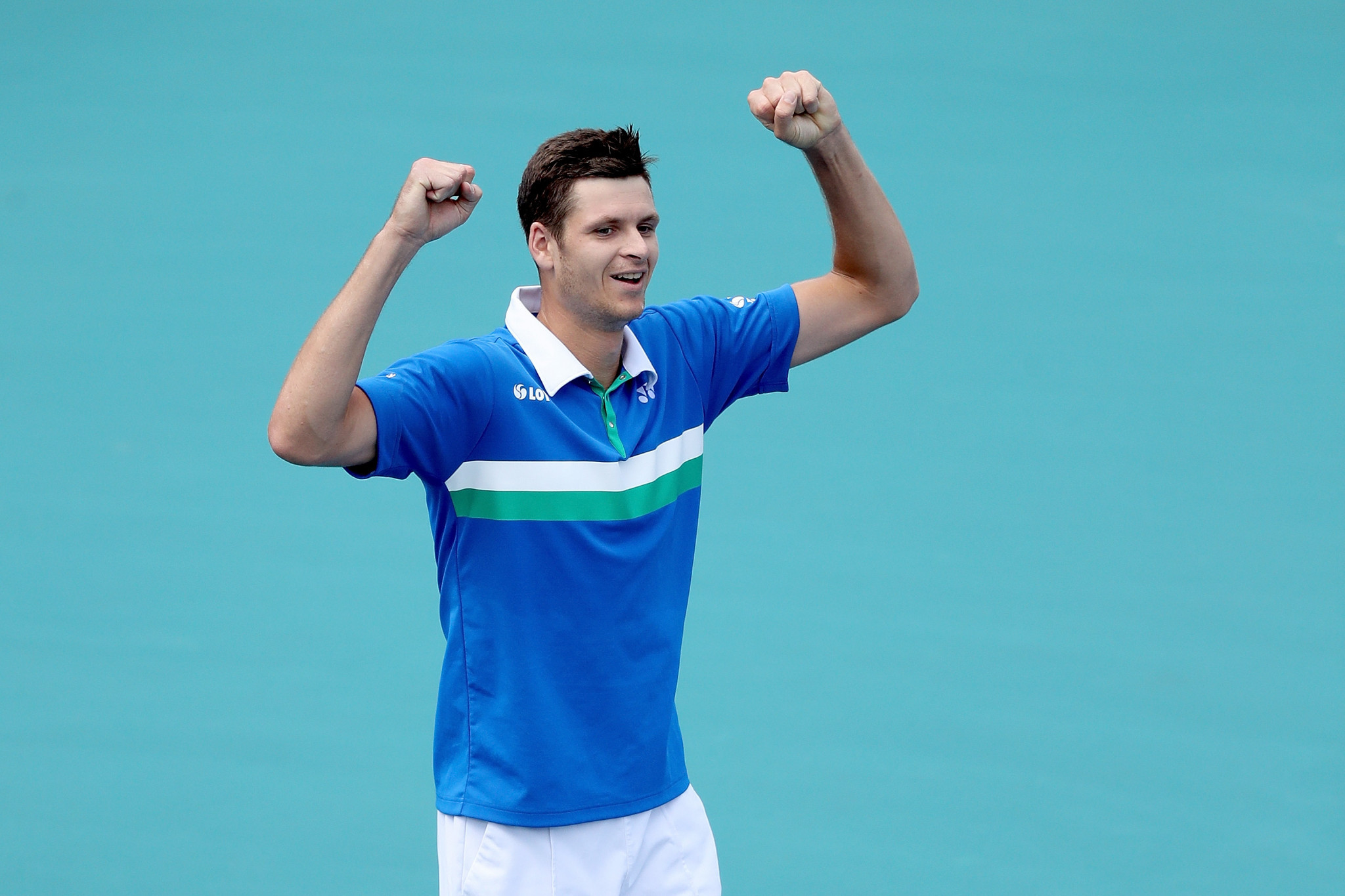 Poland's Hubert Hurkacz has moved into the top 20 in the world following his Miami Open men's singles title win, which came thanks to a straight sets victory over Italian teenager Jannik Sinner at the Hard Rock Stadium.

The 26th seed won 7-6, 6-4 in the final against the 21st seed, with both vying for the title after upset victories during the competition.

Hurkacz made the final after a straight sets victory over Russian fourth seed Andrey Rublev, while Sinner came from a set down to defeat Spanish seventh seed Roberto Bautista Agut.

This was the first time two players ranked outside the top 30 had contested an ATP Masters 1000 final in nearly 18 years.

Hurkacz broke serve immediately and established a 3-0 lead in the first set, but Sinner pulled it back before dropping crucial points that allowed the Pole to take it to a tiebreak.

Sinner made unforced errors in the tiebreak, contributing to Hurkacz taking the first set 7-4.

Despite a strong end to the second set, Sinner found himself 4-0 down and Hurkacz took advantage of his massive lead.

"Winning the tournament like this gives you extra motivation and self-confidence," said the 24-year-old Hurkacz post-match.

"I was solid throughout the whole tournament, and I was able to get through each round and was even more pumped for the next round."

Hurkacz's victory moves him from 37th to 16th in the world rankings - a career high.

Despite his defeat, Sinner is the youngest Masters 1000 finalist since Rafael Nadal in 2005.

This was the pair's third title of the season, following wins at the Melbourne Open and the Abu Dhabi Open.