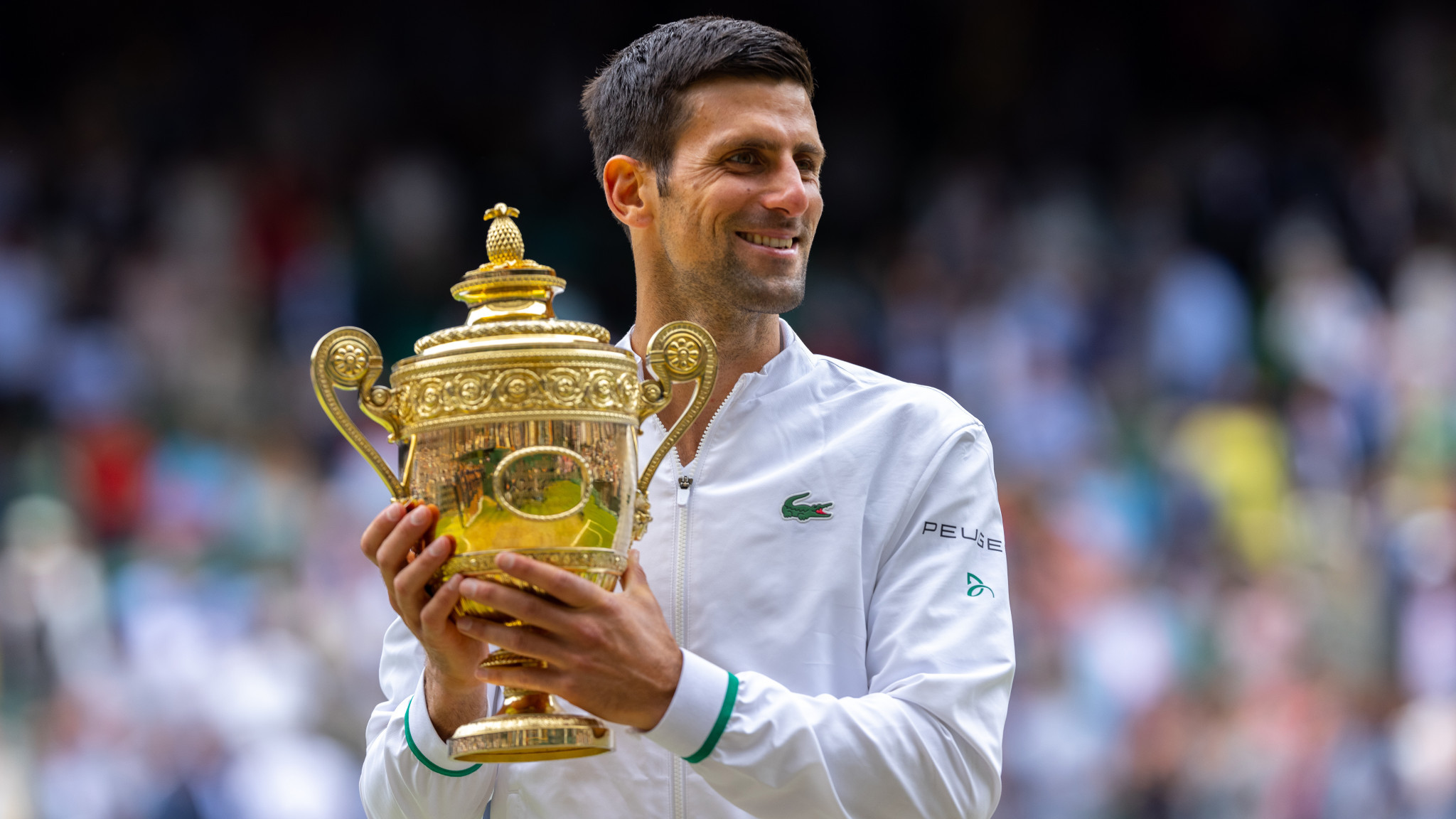 World number one Novak Djokovic has confirmed his participation for the Olympic Games here as he continues his quest for a Golden Slam.

The Serbian revealed in a post on Twitter that he will be travelling to the Japanese capital to take part in the competition.

The 34-year-old is looking to become the first man to secure the Golden Slam by winning all four majors and the Olympic men’s singles crown in a calendar year.

Having already won this year’s Australian Open, French Open, Wimbledon, Djokovic needs to win an Olympic gold medal and the US Open to make history.

Germany’s Steffi Graff is the only player to achieve the feat so far in 1988.

"I booked my flight for Tokyo and will proudly be joining #TeamSerbia for the Olympics," Djokovic wrote in a post on Twitter.

Djokovic, a bronze medallist at Beijing 2008, is now set to compete in his third Olympics.

Nadal and Federer will not be in the field having decided to skip the tournament.

Cannot disappoint my little friend Koujirou. I booked my flight for Tokyo and will proudly be joining #TeamSerbia for the Olympics. ?? pic.twitter.com/23TmSdvc4x

The Olympics have been hit by a series of withdrawals from some of tennis’ biggest names, including Nadal and Federer as well as 23-time major winner Serena Williams of the United States and Austria’s reigning US Open champion Dominic Thiem.

Olympic medallists Victoria Azarenka of Belarus and Angelique Kerber of Germany are the latest players to join the withdrawal list.

Azarenka claimed bronze in singles and gold in mixed doubles at London 2012, while Kerber earned silver in singles at Rio 2016.

The COVID-19 pandemic was cited by Azarenka as the reason behind her decision to pull out.

"I have many amazing memories winning the gold while competing and representing Belarus in previous Games," Azarenka wrote in a post on social media.

"But with all the challenges we are facing as it relates to the pandemic, I know in my heart this is the right decision for myself and team.

"I look forward to returning to the 2024 Olympics in Paris to represent Belarus! I wish all my fellow athletes a safe, healthy, and successful Games."

Kerber returned to form at Wimbledon where she reached the semi-finals, but she insists she needs time to recover.

"Representing Germany in London in 2012 and Rio 2016 as part of the German team has always been one of my favourite memories of my career so far," Kerber wrote on Twitter.

"This makes it even more disappointing for me to accept the fact that my body needs rest after the intense few weeks that lie behind me and that I have to recover first before returning to competition later this summer.

"Thank you for your support, as this has been a very difficult decision for me.

"Good luck to all my fellow German athletes in Tokyo #TeamDeutschland, I will miss you."

It was announced yesterday that Britain’s Dan Evans was forced to withdraw from the Olympics after testing positive for coronavirus.

Murray is set to team up with Neal Skupski in the men’s doubles competition at Tokyo 2020 where he will make his fourth Olympic Games appearance.

"I am delighted that Jamie will be joining us on the plane to Tokyo," said Iain Bates, Britain’s tennis team leader.

"It is great to have an athlete of Jamie’s experience and calibre as part of team and I look forward to the Games starting in just over a week’s time."