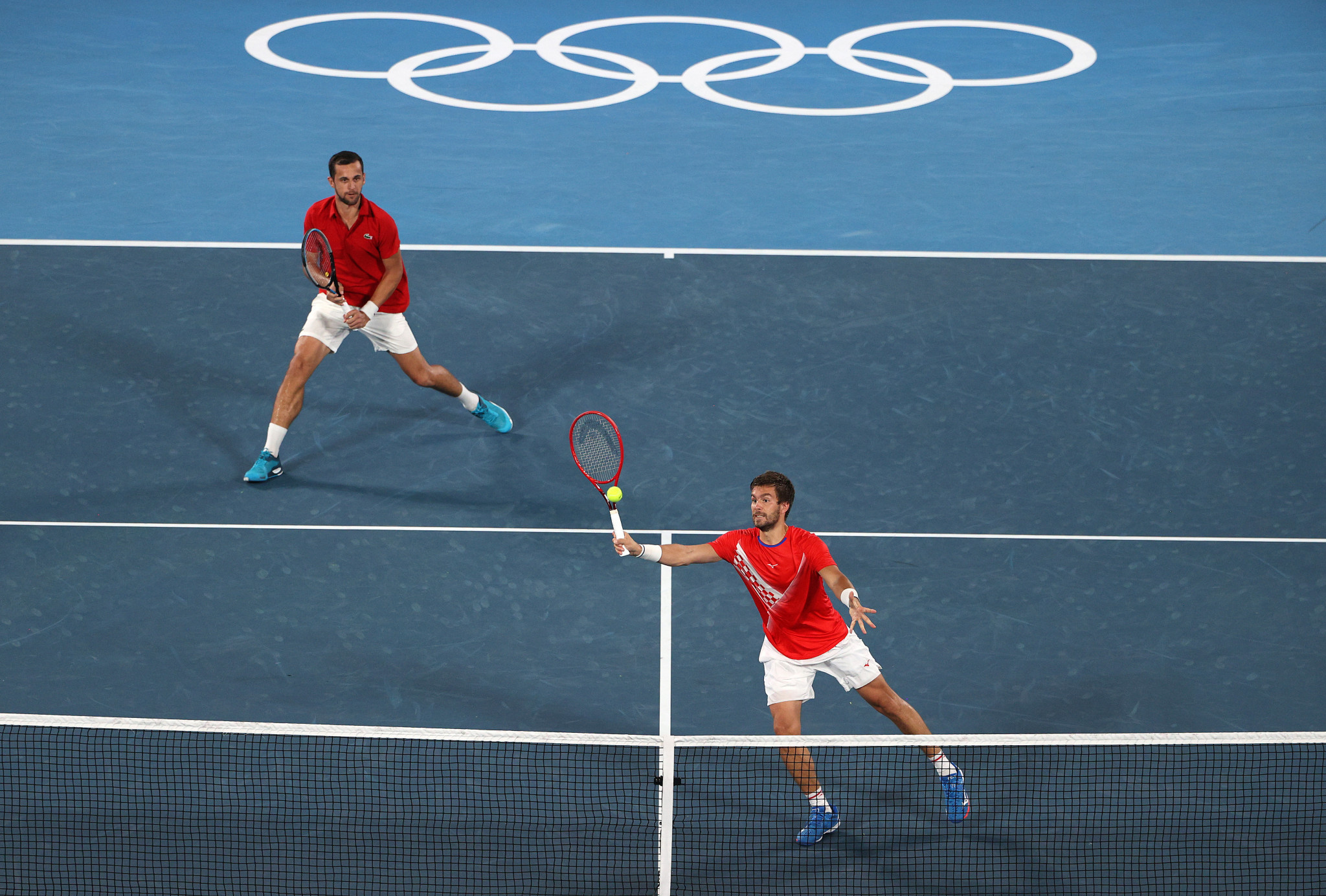 The progression of both pairings to the final had already assured Croatia of their best result in a tennis competition at the Olympic Games.

Mektic and Pavic were the top seeds for the tournament and took a step towards gold by breaking in the opening set of the contest.

The pair held serve impressively offering up no break point opportunities to Cilic and Dodig to take the set 6-4.

Cilic and Dodig pulled themselves back into the match by breaking in the sixth game of the second set.

Four consecutive points against the serve gave them a narrow advantage, which they maintained by holding serve twice to win the second 7-5.

The Croatian pairings faced a super tie-break with the first to 10 winning gold.

Mektic and Pavic, who were crowned men’s doubles champions at Wimbledon, moved to the brink of a second title in a matter of weeks after winning the opening six points to earn a commanding advantage.

A dent was made in the lead by Cilic and Dodig, but the duo left themselves too much work to do as they were beaten 10-6 in the tie-break.

"We had a beer or two yesterday.

"Obviously we knew we had won the medals already.

"Today, of course we're going to celebrate, it's a special day for Croatia and for Croatian tennis, it's a big day.

"I think we deserve to celebrate it the proper way."

The New Zealand pairing won the opening set in a tie-break, before dominating the second to win 7-6, 6-2.