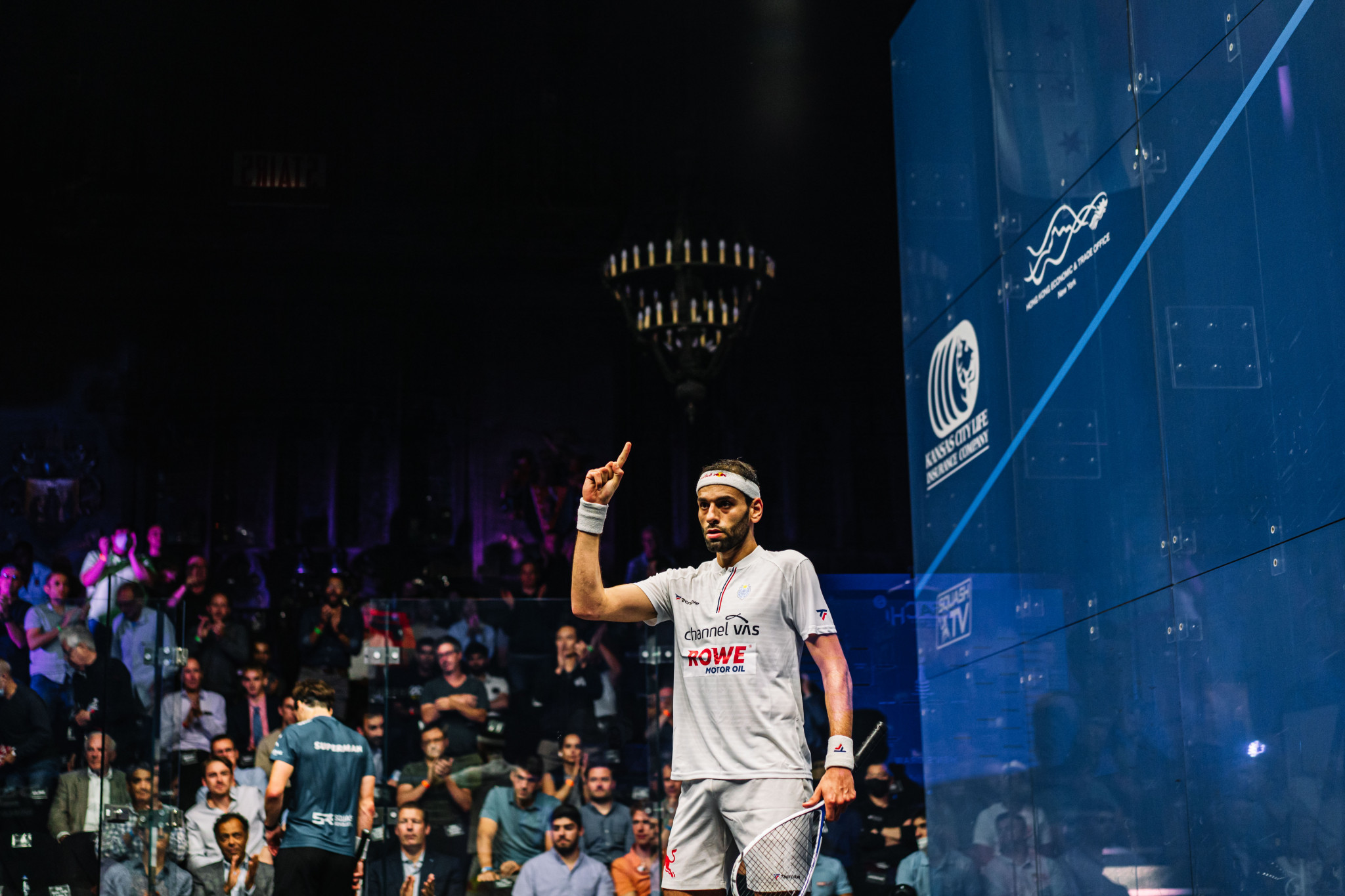 ElShorbagy moved to top sport for the 50th month of his career, leapfrogging fellow Egyptian Ali Farag for the first time since October 2020.

The change at the tp of the men's ranking comes despite Farag winning the world title in Chicago last month - where he beat ElShorbagy in the final.

Simply by reaching the final, ElShorbagy ensured he would become the new world number one.

Egypt continues to make up the top three of both the men’s and women’s rankings.

Tarek Momen remains third in the former, while in the latter Nouran Gohar missed the chance to move up to first after losing to El Sherbini in the World Championship final but remains second, with Nour El Tayeb in third.

El Sherbini has now topped the women's world ranking for 41 months, the fourth-longest reign of all time.

Their compatriot Mohamed Abouelghar was the big faller in the top 20, dropping four places to 16th, although Youssef Ibrahim climbed six spots to 18th - a career high.

Former world number one Grégory Gaultier of France has also returned to the top 20 for the first time since April 2019, having missed 15 months with a serious knee injury.

In the women’s rankings, the United States' Amanda Sobhy rose two places to fifth after reaching the semi-finals of the PSA World Championships, where her run was only ended by eventual winner El Sherbini.

Egypt’s Hania El Hammamy in contrast dropped two places to seventh, with her and Sobhy separated by England’s Sarah-Jane Perry in sixth.

Joshna Chinappa of India has re-joined the top 10 for the first time since September 2020, overtaking Wales' Tesni Evans.

There was some movement in the top 20, with Egypt’s Nadine Shahin moving up two places to 16th and England’s Alison Waters and Belgium’s Tinne Gilis each falling two places to 17th and 19th respectively, but its overall make-up for August remains the same as last month.

The PSA world rankings are updated on a monthly basis, with this month’s particularly significant after July’s PSA World Championships in Chicago.