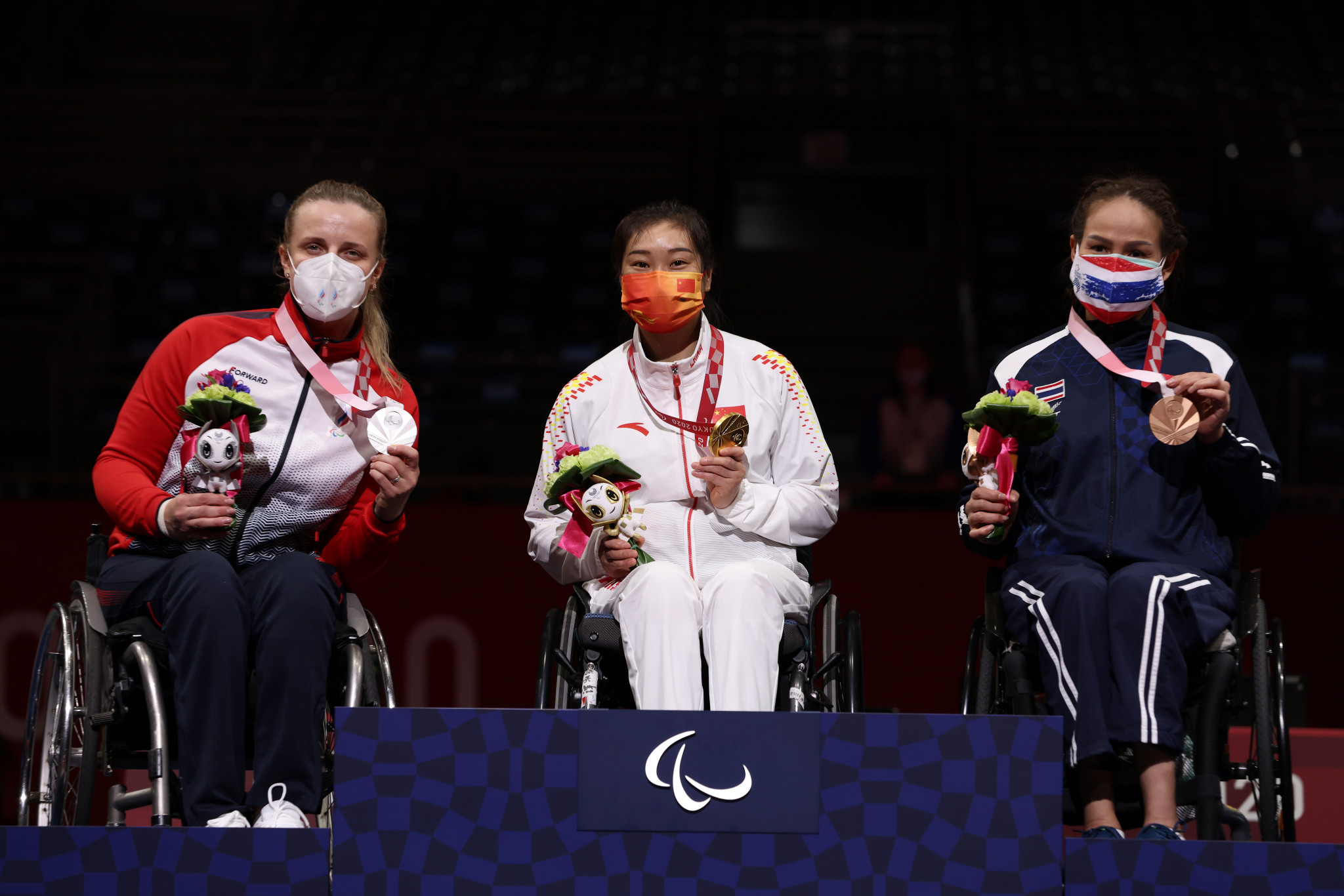 Tan had triumphed in the sabre competition yesterday at the venue and was among the favourites in the category B competition.

The Chinese fencer came through the early stages of the competition and secured a 15-9 semi-final win over Thailand’s Saysunee Jana to move a win away from a second title.

Tan faced the Russian Paralympic Committee’s (RPC) Viktoria Boykova in the final, after she secured a dramatic 15-14 win over China’s Jingjing Zhou in the last four.

The final proved a low-scoring affair, with Tan scoring the only three points of the contest to clinch her second gold in two days.

Paralympic sabre champion Jian Bian had the chance to match Tan’s achievement in the category A event.

The Chinese fencer fell short after being beaten by Hungary’s Amarilla Veres in the semi-finals.

Veres went on to become Hungary’s first gold medallist of the Tokyo 2020 Paralympics, after coming from 9-7 down to beat China’s Jing Rong 15-12.

Bian secured a bronze medal courtesy of a 6-5 victory over the RPC’s Iuliia Maya.

After China had won all four gold medals yesterday, the four epee titles were spread today.

Britain’s Piers Gilliver added the Paralympic title to his World Championship crown by topping the podium in the men’s category A event.

An impressive display saw Gilliver overcome the RPC’s Maxim Shavurov 15-9 in the final.

Gilliver had earlier avenged his loss in the Rio 2016 final to China’s Sung Gan.

Sung missed out on a bronze medal after suffering a narrow 15-13 defeat to compatriot Jianquan Tian.

The RPC’s Alexander Kuzyukov was crowned as the men’s epee category B champion, after beating Brazilian rival Jovane Guissone 15-8 in the final.