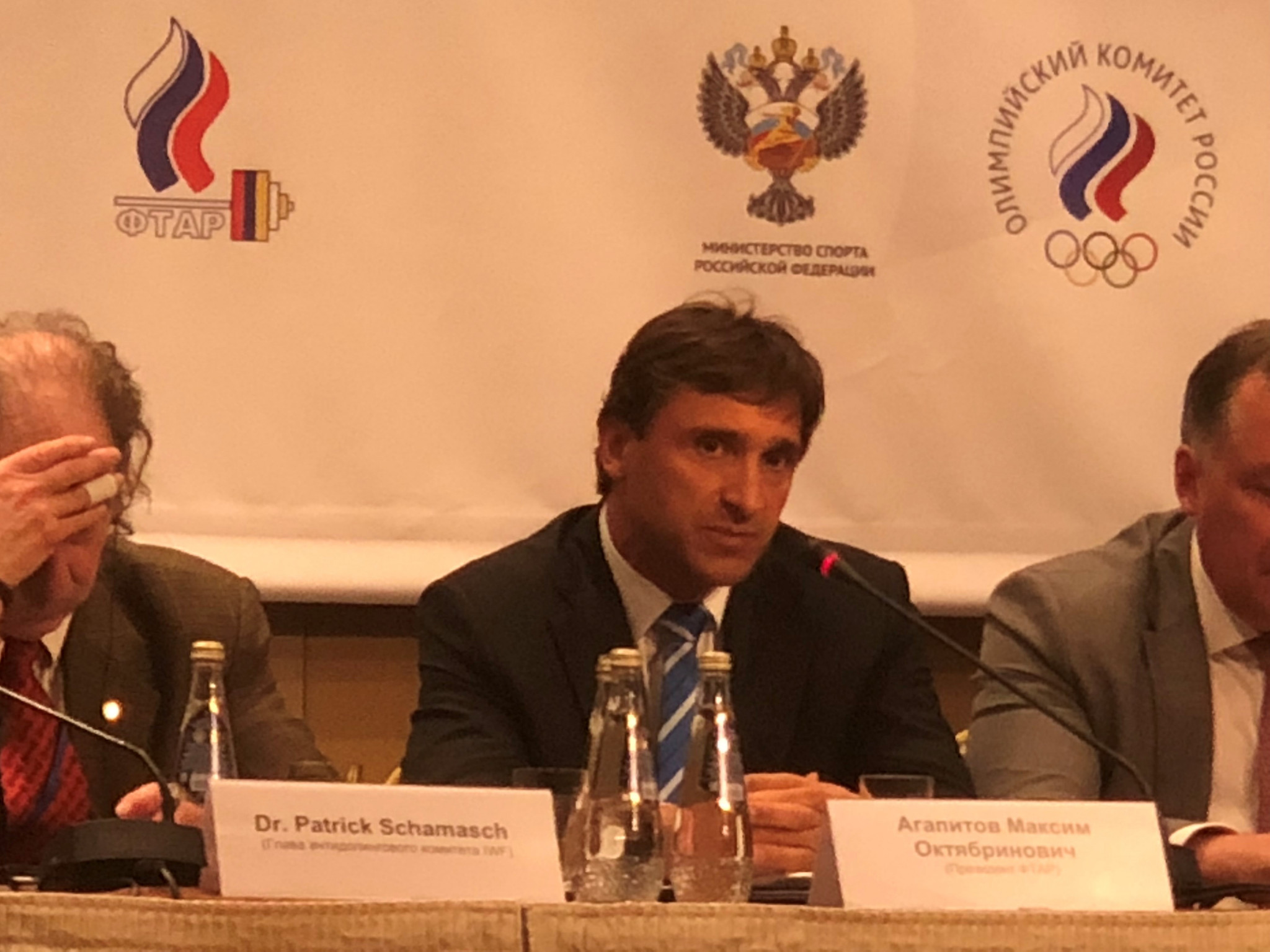 Weightlifting’s warring factions put their differences aside to adopt reforms which they hope will help to secure the sport’s future on the Olympic Games programme.

More than 90 per cent of 133 nations voted in favour of a new Constitution for the International Weightlifting Federation (IWF) at a Congress in Doha, Qatar.

After weeks of conflict between the IWF "old guard" and reformers, delegates spoke of the "very good spirit" in which the meeting was conducted.

Phil Andrews, chief executive of USA Weightlifting, hailed the outcome as "the largest step forward in governance in the sport’s history" and spoke of the need for "healing" in the weightlifting community.

Maxim Agapitov, the IWF Board member from Russia who was involved in a public dispute with British reformers less than two weeks ago, was happy with the new Constitution and said: "I’m sure we will continue working all together for the best of our sport."

The new document gives athletes a meaningful voice in the way weightlifting is governed, and supports gender equality and independent oversight.

The key area of eligibility for Executive Board members - a particular bugbear of the International Olympic Committee (IOC) - was one of the main talking points of the day.

One attempt to strengthen eligibility criteria by imposing an age limit on candidates failed by a single vote.

But another important amendment proposed by British Weight Lifting (BWL) went through.

It concerned the eligibility of election candidates who were not supported by their own national federation, and it seems likely to prevent the IWF’s Interim President Mike Irani, who is from Britain, being able to stand for re-election.

A date for the Electoral Congress has yet to be set, though it appears likely to be in the last few weeks of this year and may again be in Doha.

The IWF has repeatedly been warned by the IOC that its Olympic status was under threat, after corruption scandals and governance failings that largely centred around the longstanding problem of doping.

Ashley Metcalfe, chief executive of BWL, said: "I’m still a little apprehensive but today’s outcome is better than it might have been.

"We are moving forward, perhaps not at the pace the IOC would like, but in the right direction.

“We have a Constitution now, one that’s an improvement on what we had before, and I hope the IOC will see today’s developments in a positive way.

"This may encourage the IOC to say ‘go on and make even more progress’ at the forthcoming elections."

"While we now must heal as a community and focus on the way forward - the road to Paris 2024 - the democratic process prevailed in Doha and more than 90 per cent of nations supported wide-ranging reforms."

Those reforms include three places on the IWF Board for athletes, compared to none in the old Constitution.

At least 30 per cent of elected positions will be filled by women, another significant step that will be welcomed by the IOC.

Ethics and discipline issues will be dealt with independently of the IWF Board.

A statement from the IWF said: "Robust eligibility criteria and term limits will ensure that the future IWF Board benefits from a regular influx of new talents."

National federations with a high number of doping cases will not be allowed to have representatives on the Board - another important change given that seven members of the current IWF Board are from nations that were banned outright or had reduced athlete quotas at the Tokyo 2020 Olympic Games because of multiple doping violations.

Irani praised the work of Darren Kane, an Australian lawyer who led the IWF Reform and Governance Commission and who drafted the Constitution, which has been through several changes over the past six months - many of which Kane disagreed with.

Kane said three days ago that too many IWF Board members had "taken on their roles for entirely the wrong reasons."

"It was only in October of last year that the IWF was able to come to consensus around appointing independent members to the Reform and Governance Commission, a critical step in putting the problems of the past behind us," Irani said.

"To have adopted an entirely new Constitution after widespread consultation, and in just 10 months during the pandemic, is a real demonstration of the IWF’s determination to move towards a brighter future that is based on solid foundations."

The final version of the Constitution will be sent out to member federations "in the upcoming days", said Irani.

Board-level discussions about a date for the elections are expected to be held tomorrow in Doha.