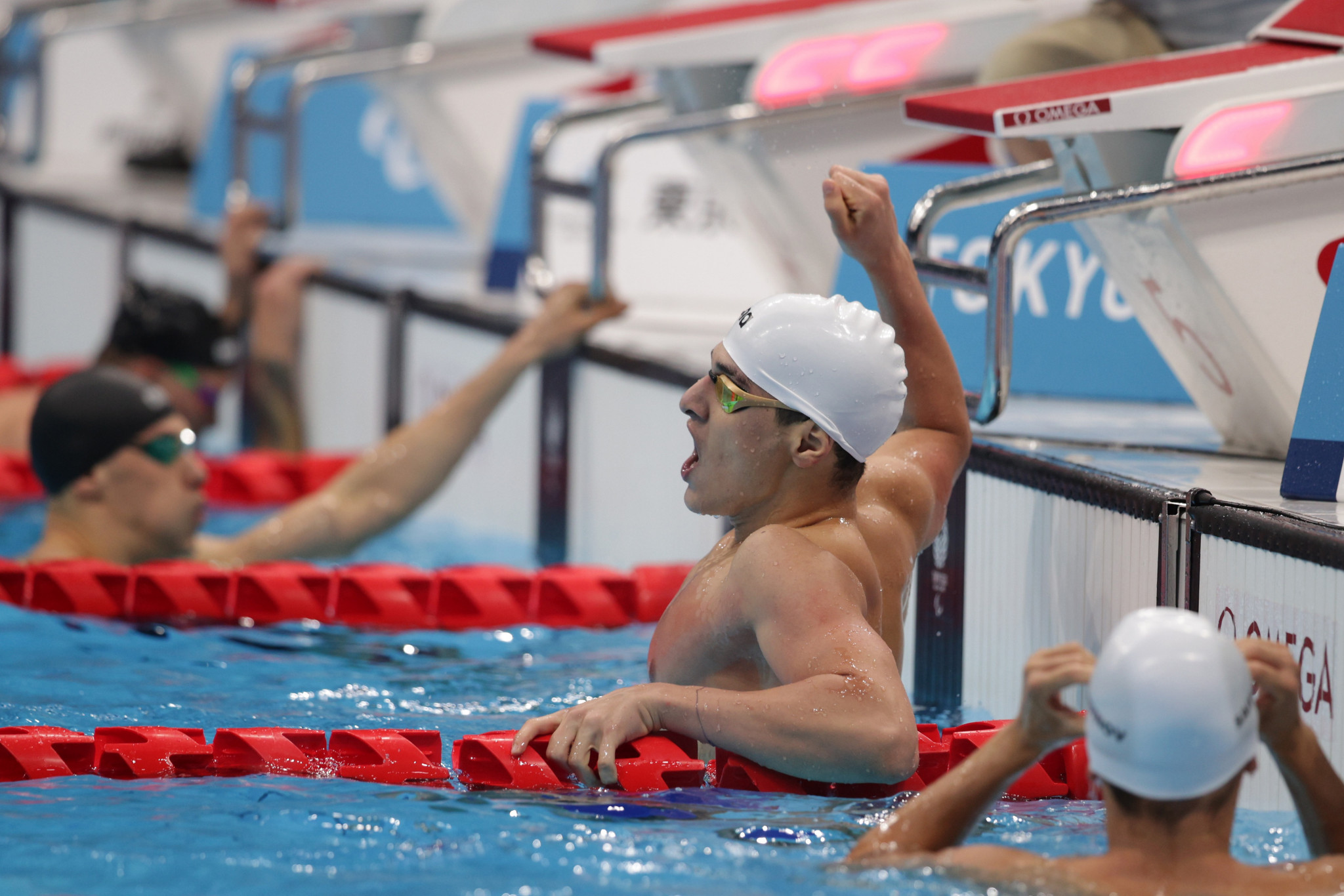 Azerbaijan’s Vali Israfilov has credited American rap star Nicki Minaj for helping him to win his first Paralympic gold after he stunned five-times champion Oleksii Fedyna of Ukraine at Tokyo 2020.

The 18-year-old visually impaired swimmer came from behind to beat Fedyna in the men’s 100m breaststroke SB12 final here in the Japanese capital.

Fedyna was looking to win the event for the fourth Games in succession and made a strong start as he led at the turn.

The Ukrainian was coming under increasing pressure as Israfilov produced a storming second half of the race.

Israfilov overtook Fedyna in the final 25m to touch first in 1min 4.86sec - breaking the Paralympic record by two seconds.

The Azerbaijani teenager said he looked up to Britain’s three-times Olympic champion Adam Peaty but admitted it was multiple-award winner Minaj who inspired him to Paralympic glory.

"My biggest idol is not from swimming, she's a rapper," said Israfilov.

"Her life is inspiring.

"She's always fighting to be in first place, to become the most perfect rapper.

"I listen to her all day. I've been listening to her before the race. I cannot live without her.

"This medal is in part thanks to Nicki Minaj."

With Israfilov clinching victory, Fedyna had to settle for silver in 1:05.62 with Artur Saifutdinov of RPC claiming bronze in 1:05.76.

Israfilov was among a number of teenagers that upset the apple cart at the Tokyo Aquatics Centre today.

But Boki was thwarted by Germany’s Taliso Engel who broke his own world record for the second time in a day to win the men’s 100m breaststroke SB13 crown.

David Henry Abrahams of the US sealed silver in 1:04.38 and Nurdaulet Zhumagali of Kazakhstan clinched bronze in 1:05.20.

It appeared to be a race too far for Boki who finished almost three seconds behind Engel in fifth position.

The youngest winner of the day was 16-year-old Viktoriia Ishchiulova of RPC who stormed to the women’s 50m freestyle S8 title, winning in 29.91.

The 14-times Paralympic champion lined up for his last race as he competed in the men's 50m freestyle S5 final.

But the 33-year-old’s hopes of capping off his glittering career with a medal were dashed by a Chinese clean sweep.

Zheng Tao led a one-two-three as he won in 30.31, breaking the Paralympic record in the process.

There was joy for one Brazilian in Maria Carolina Gomes Santiago of Brazil who claimed her third gold of the Tokyo 2020 Paralympics with victory in the women’s 100m breaststroke S12.

Gomes Santiago broke the Paralympic record with 1:14.89 as Daria Lukianenko of RPC secured silver in 1:17.55 and Ukraine's Yaryna Matlo bagged bronze in 1:20.31.

Zsofia Konkoly of Hungary chased hard but Pascoe just had enough left in the tank to touch the wall first in 2:32.73.

Arguably the performance of the day came from Canada's Aurelie Rivard who annihilated the world record to claim the women’s 400m freestyle S10 gold.

Rivard was head and shoulders above the rest as she powered clear before winning in 4:24.08 - beating her previous record set in 2018 by a whopping five seconds.

Bianka Pap of Hungary clinched silver in 4:29.83 with Oliwia Jablonska of Poland completing the podium with a time of 4:33.20.

Antonio Fantin of Italy produced a superb final 50 metres as he captured the men’s 100m freestyle S6 crown in a world record time of 1:03.71.

Jia Hongguang of China was looking to forge ahead before Fantin overtook the Chinese swimmer in the second half of the race.

Carlos Daniel Serrano Zarate of Colombia retained the men’s 100m breaststroke SB7 title with an impressive performance as he breaks the Paralympic record.

Maksym Krypak produced a stunning sub-four minute showing to complete a hat-trick of gold medals at the Tokyo 2020 Paralympics.

Thomas Gallagher of Australia finished third in 4:03.91 but did not attend the victory ceremony to collect his bronze medal.

The stadium announcer said Gallagher’s absence was down to a "medical issue".

Paralympics Australia said its medical staff were "not overly concerned" by a condition which forced Gallagher to miss the ceremony.

"It is a pre-existing medical condition which has flared after a tough race," a Paralympics Australia spokesperson told insidethegames.

"Australian medical staff are not overly concerned at this point."

Britain's Rebecca Redfern got off to a fine start here as she turned first only to be overtaken by Krawzow who proved too strong in the closing stages, winning in 1:13.46.

Rogier Dorsman of The Netherlands overcame the challenge of Japan's Keiichi Kimura to win the men’s 100m breaststroke SB11 gold.