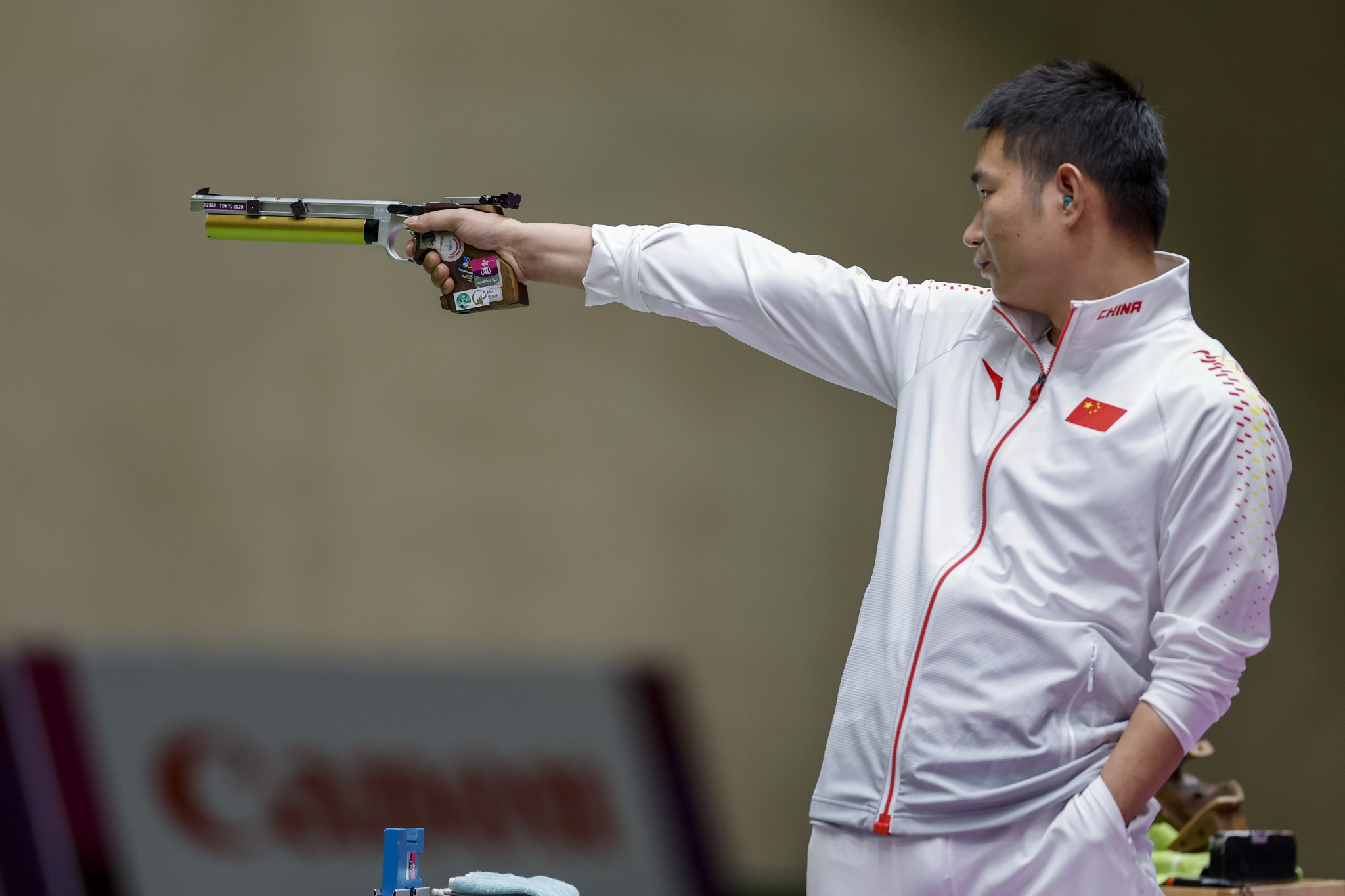 Huang Xing of China bounced back from the depths of despair to produce a record-breaking performance to retain the mixed 25 metres pistol SH1 title at the Tokyo 2020 Paralympic Games here.

There was no stopping Huang this time around as he led from start to finish, wracking up a stunning score of 27 points - six more than his closest rival and a new Paralympic record.

Poland's Szymon Sowinski trailed by just two points at 16-14 after round three of the second competition stage, but Huang found another gear to defend the title he won at Rio 2016.

"It's happiness from the depth of my heart.

"It's recognition and reward for all the work that I've put in these five years I've always been very confident in this event."

We can't even!🤤Look at those smiles at the podium!

Sowinski had to settle for silver with 21 points.

It was Poland’s first-ever Paralympic medal in shooting.

"It's going to mean quite a lot for the Polish history of para shooting, because all these people compete with me in Poland, and they will be proud of this medal," said Sowinski.

Ukraine's Oleksii Denysiuk triumphing after scoring 20 compared to RPC’s Sergey Malyshev’s tally of 17 in a bronze-medal shoot off.

"I'm not satisfied with my performance and the final results, because I think my final score should be doubled in the final, and also in qualification it should have been 10 points more," said Denysiuk.

"I was looking back to the results of my training.

"I have no questions about what I did, but something went in a way I wasn't expecting.

"That's something you can't answer.