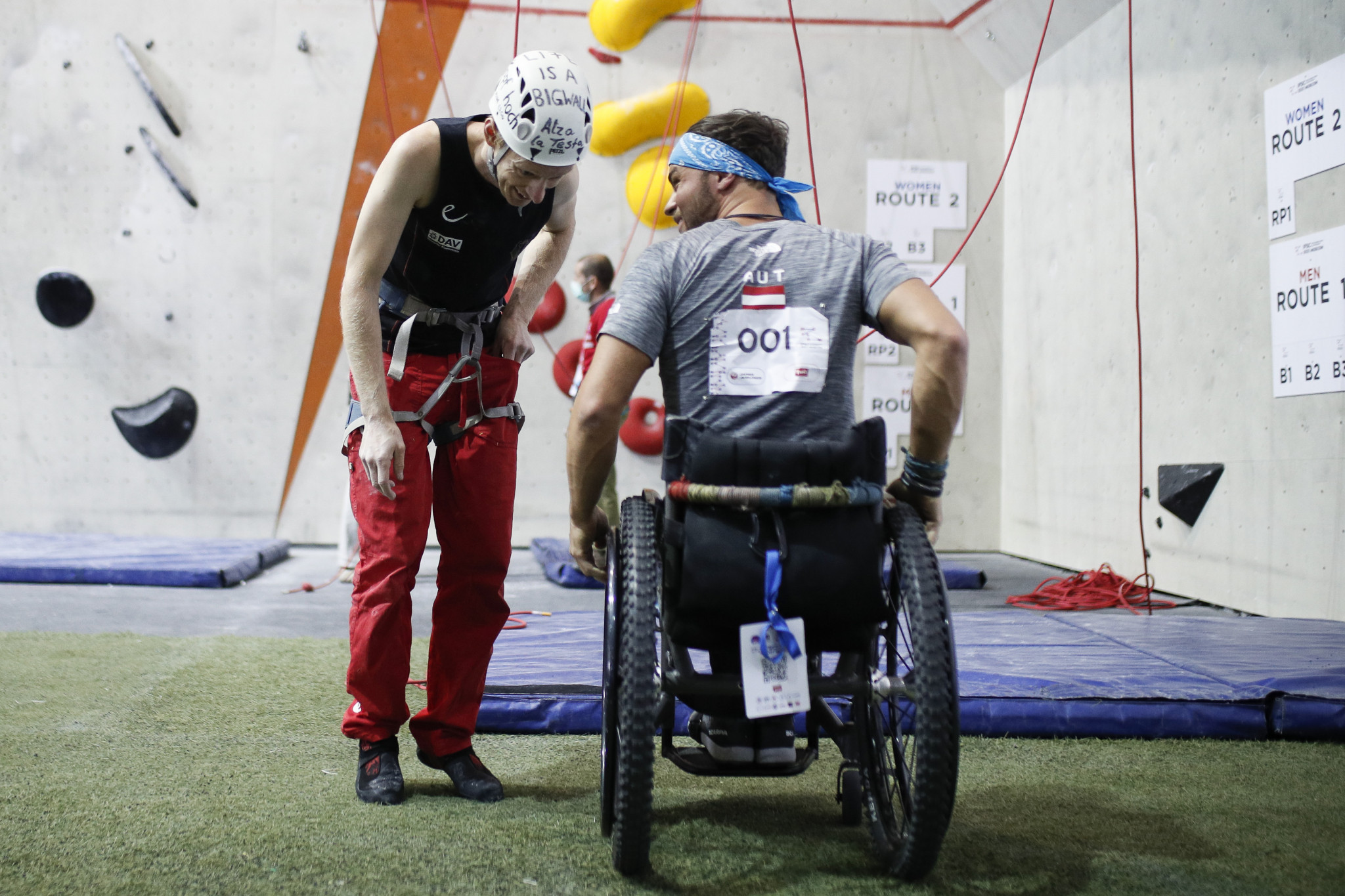 Britain’s Abigail Robinson and Sho Aita were among the winners at the International Federation of Sport Climbing (IFSC) World Championships in Moscow.

Austria’s Edith Scheinecker and Italy’s Nadia Bredice rounded off the podium places in the event.

Sho secured victory in the men’s B1 competition, with the Japanese climber topping the wall in the final.

Romania’s Razvan Nedu and Britain’s Jesse Dufton achieved heights of 35+ and 23 to secure silver and bronze.

There was further success for Japan in the men’s B2 event with Fumiya Hamanoue edging British rival Richard Slocock.

Hamanoue achieved 40+ in the lead event to claim gold, with Slocock finishing on 38+ in second.

The women’s RP1 competition saw Belgium’s Pavitra Vandenhoven emerge as the winner on 37+, with The Netherlands’ Eva Mol on 34+.

Austria’s Angelino Zeller was a comfortable winner in the men’s RP1 competition after reaching 39+ on the climbing wall.

United States’ Tanner Cislaw was the runner-up on 26+ with Germany’s Korbinian Franck third on 18+.

Benjamin Mayforth was second with the American climber ending on 45, with France’s Bastien Thomas finishing in third place on 39+.

Belgium’s Fredrik Leys and Japan’s Shuhei Yuki completed the top three after both ending on 16+.

Britain’s Matthew Phillips secured victory in the AU-2 competition after achieving 44+ in the final.

The men’s RP3 competition ended with a French one-two as Romaix Pagnoux and Mathieu Besnard each ended on 27+.

Pagnoux claimed gold after reaching the height in a quicker time, while Iran’s Iman Edrisi was third on 23+.

Austria’s Katharina Ritt was third on 29+.

Bouldering qualification was held in the morning, with the latter stages of competition taking place tomorrow.

The American pairing of Brooke Raboutou and Natalia Grossman achieved the highest scores in women’s qualification.