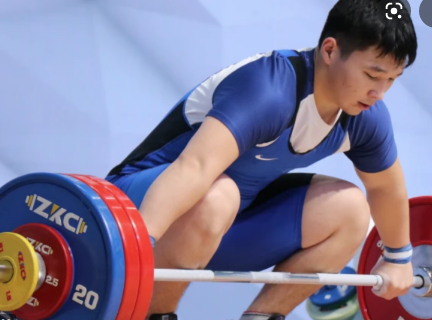 Thailand has sent a team of seven to the International Weightlifting Federation (IWF) Youth World Championships in Jeddah, Saudi Arabia, marking its return to the sport from a doping-related suspension - at least for its younger athletes.

Thailand will be hoping it is the start of a new, and clean, era after being tainted by two doping scandals in the past 10 years.

The Thai Amateur Weightlifting Association (TAWA) was banned for "bringing weightlifting into disrepute" and when it tried to appeal to the Court of Arbitration for Sport (CAS) earlier this year, putting all the blame on to a coach, it failed.

CAS said TAWA had been "negligent" and found its explanation barely credible.

While Thailand’s senior athletes remain suspended until next March at the earliest - their ban will not be lifted before 2023 unless there is evidence of "a culture change" - those who were aged under 18 at the time of a slew of doping positives in 2018 are now able to compete again.

The youngest Thai athlete in Jeddah, where competition begins tomorrow, is 14-year-old Thitaphon Tika in the women’s 45 kilograms category.

At least two of the team appear to be medal contenders based on entry totals, Parichat Kunnara in the women’s 59kg and Weeraphon Wichuma in the men’s 55kg.

Iran is breaking new ground by sending more women than men to the championships, eight compared to six.

Iran’s Islamic rulers did not allow women to compete in the sport until 2018 but the National Federation’s female development programme has already had a notable success.

Yekta Jamali’s 87kg bronze at the 2021 IWF Junior World Championships in Uzbekistan in May was the first by an Iranian female in a global competition.

Seyedeh Zahra Hosseini, in the 45kg, appears to have the best chance of Iran’s eight women in Jeddah, where the host nation also breaks new ground by fielding three female athletes in its team of 13.

An Iranian, Yousefi Alireza, holds a sweep of youth world records in the super-heavyweights - +102kg in this age group - but the favourite this time is a Russian, Aslambek Pliev.

Russia has a team of 17, the second largest behind the United States which has sent the maximum 20.

Among them are Hampton Morris, who holds the clean and jerk youth world record at 61kg, and the women’s 55kg favourite Katie Estep, whose training efforts have been at or above world record level.

The star of the week is likely to be Rakhat Bekbolat of Kazakhstan, who holds multiple world records at youth and junior level.

Bekbolat, 17, is Asian and World champion in youths and juniors.

Kazakhstan has sent only two athletes but could win gold with both, as Rufina Chalkarova is fancied to make a winning debut in the women’s super-heavyweights, +81kg.

China and North Korea are notable absentees, and the 223 entries come from 51 nations.

The championships are scheduled to start tomorrow and run until Tuesday (October 12).