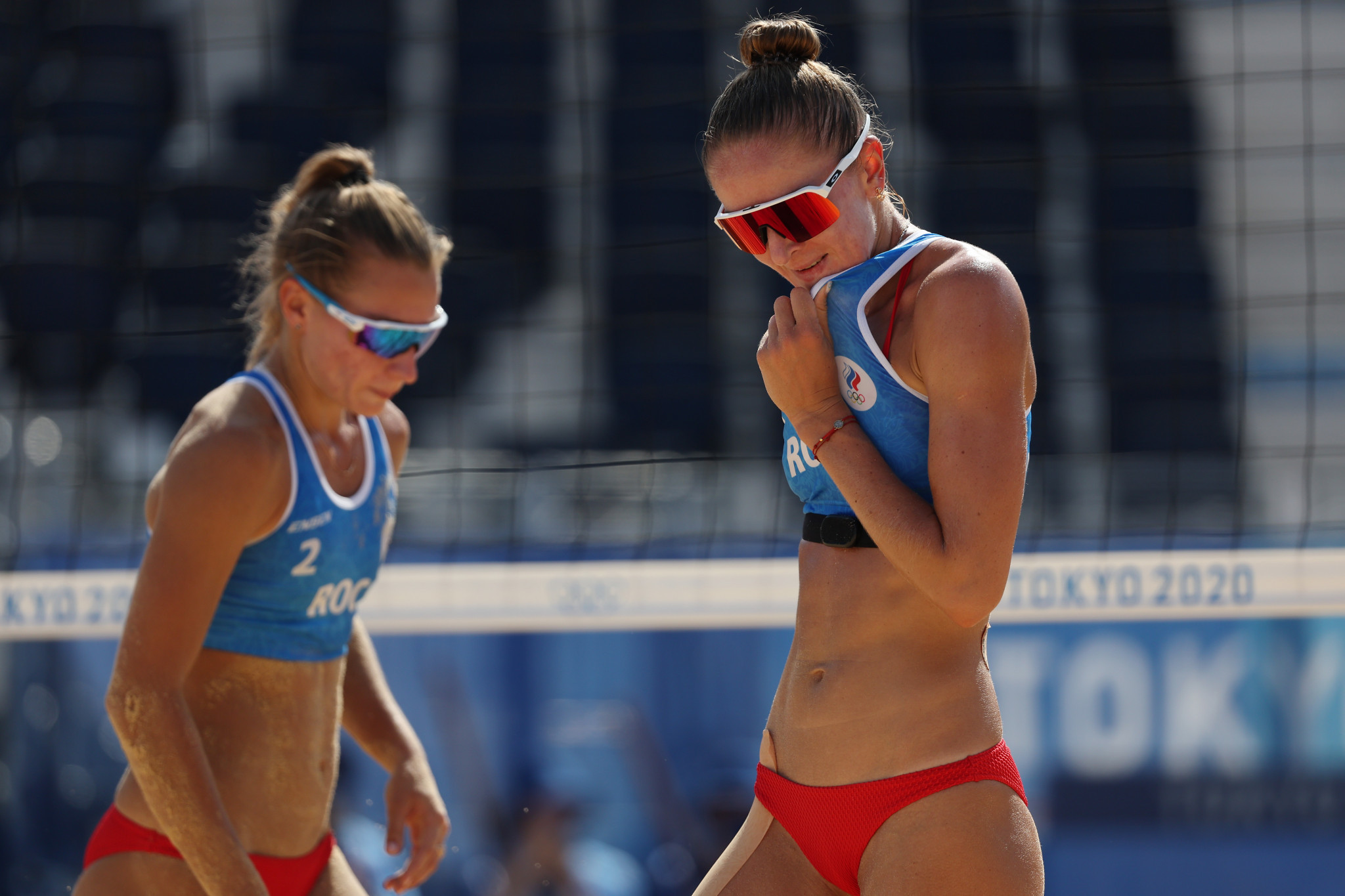 The pair won both their games in today's action - the first against Germany’s Karla Borger and Julia Sude 23-21, 21-14; the second against Italy’s Marta Menegatti and Valentina Gottardi 21-19, 21-15 - to win their first three games and secure their place in the weekend's knockout rounds.

Also in Pool A of the women's competition, Tokyo 2020 Olympic champions April Ross and Alix Klineman of the United States won both their games, including against Menegatti and Gottardi, but only sit 2-2 after their four pool matches and will learn their fate tomorrow.

In Pool B, the US' world number two ranked pair Sarah Sponcil and Kelly Claes joined Canada's world champions Sarah Pavan and Melissa Humana-Paredes with two wins from two with a 21-16, 21-16 win over The Netherlands' Sanne Keizer and Madelein Meppelink.

In the same pool, Switzerland's Anouk Vergé-Dépré and Joana Heidrich beat Keizer and Meppelink 21-19, 21-14, before Brazil's Ágatha Bednarczuk and Eduarda Santos Lisboa won their first match of the competition, squeezing past Vergé-Dépré and Heidrich 21-18, 23-25, 15-11.

Mol and Sørum started strongly, winning the first set 21-16, before completing their comfortable win with a 21-14 triumph in the second set.

It was not the perfect day for the Norwegian's, however, as they were surprisingly beaten by Dutch pair Alexander Brouwer and Robert Meeuwsen in a three-set thriller, 19-21, 25-23, 22-24.

The only unbeaten team in the men's Pool B is Qatar's Cherif Younousse and Ahmed Tijan, and they secured another victory, defeating Italy's Adrian Ignacio Carambula and Enrico Rossi 16-21, 23-21, 15-10.

In Pool A, the Czech Republic duo Ondřej Perušič and David Schweiner moved to the top of the standings as they added to yesterday's two victories.

Varenhorst and van de Velde currently sit second in the standings after they beat Italy's Paolo Nicolai and Daniele Lupo in a three-set thriller 21-10, 14-21, 17-15 yesterday, with the Italians sitting third after they defeated Crabb and Gibb in three sets.

The pool stages wrap up tomorrow, before the quarter-finals take place the following day.