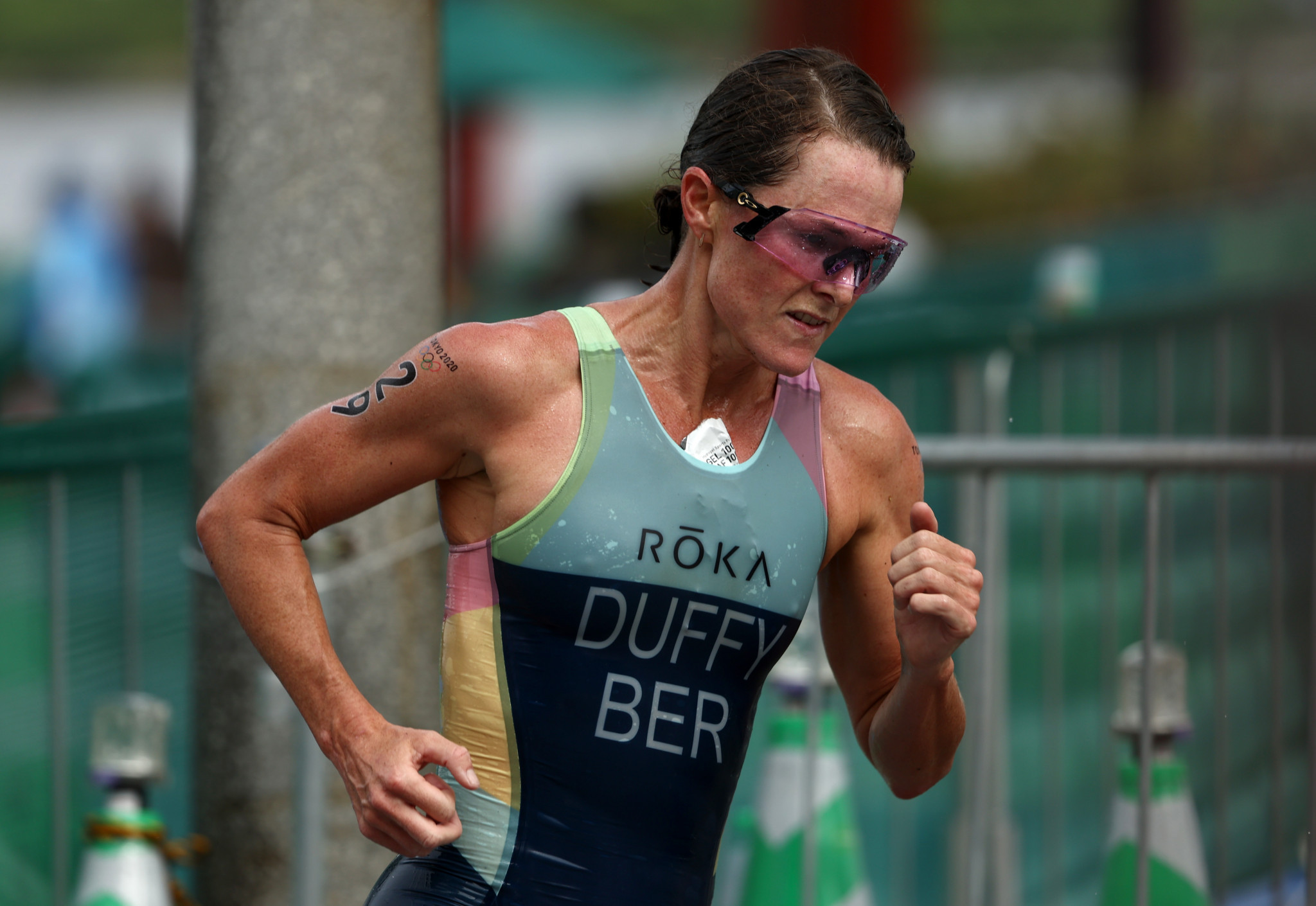 Duffy was competing in the United Arab Emirates city for the fourth time in her career but had not topped the podium on the previous three occasions.

The Bermudan star featured as part of a six-rider group after the 750 metres swim.

She was joined by a quartet of British triathletes in Sophie Coldwell, Jess Learmonth, Georgia Taylor-Brown and Lucy Charles-Barclay, with the United States' Taylor Knibb also present.

Charles-Barclay was dropped during the five laps of a four-kilometre circuit on the Yas Marina Circuit, with the remainder of the lead group preparing for the run.

Duffy gradually began to pull away from her rivals on the first of two laps on a 2.5km run course.

Taylor-Brown sought to chase down the Olympic champion, but Duffy held strong to claim victory in a time of 55min 41sec.

The top two was a repeat of the Tokyo 2020 Olympics, as Taylor-Brown finished as the runner-up in 55:53.

The podium was completed by Sophie Coldwell in 56:11, with Learmonth making it three British riders in the top four positions by finishing in 56:27.

Knibb crossed the line a further eight seconds back in fifth.

Jelle Geens emerged as the winner of the men’s event, ending a period of misfortune for the Belgian triathlete.

Geens was ruled out of the Tokyo 2020 Olympic Games due to a positive COVID-19 test, before breaking his wrist in Montreal.

The race was decided on the run section of the event, with a large group remaining together following the swim and bike portions.

New Zealand’s Olympic bronze medallist Hayden Wilde made an early break from the lead group, attempting to defy disrupted preparations that saw him miss two flights and be stung by a jellyfish in the warm-up to the event.

Wilde faded in the heat as the run continued, with Geens and two-time world champion Vincent Luis of France coming to the fore.

Geens emerged as the winner of a battle with his training partner, crossing the line in a time of 52:20.

He ended five seconds clear of Luis at the finish, with the Frenchman left settling for second place.