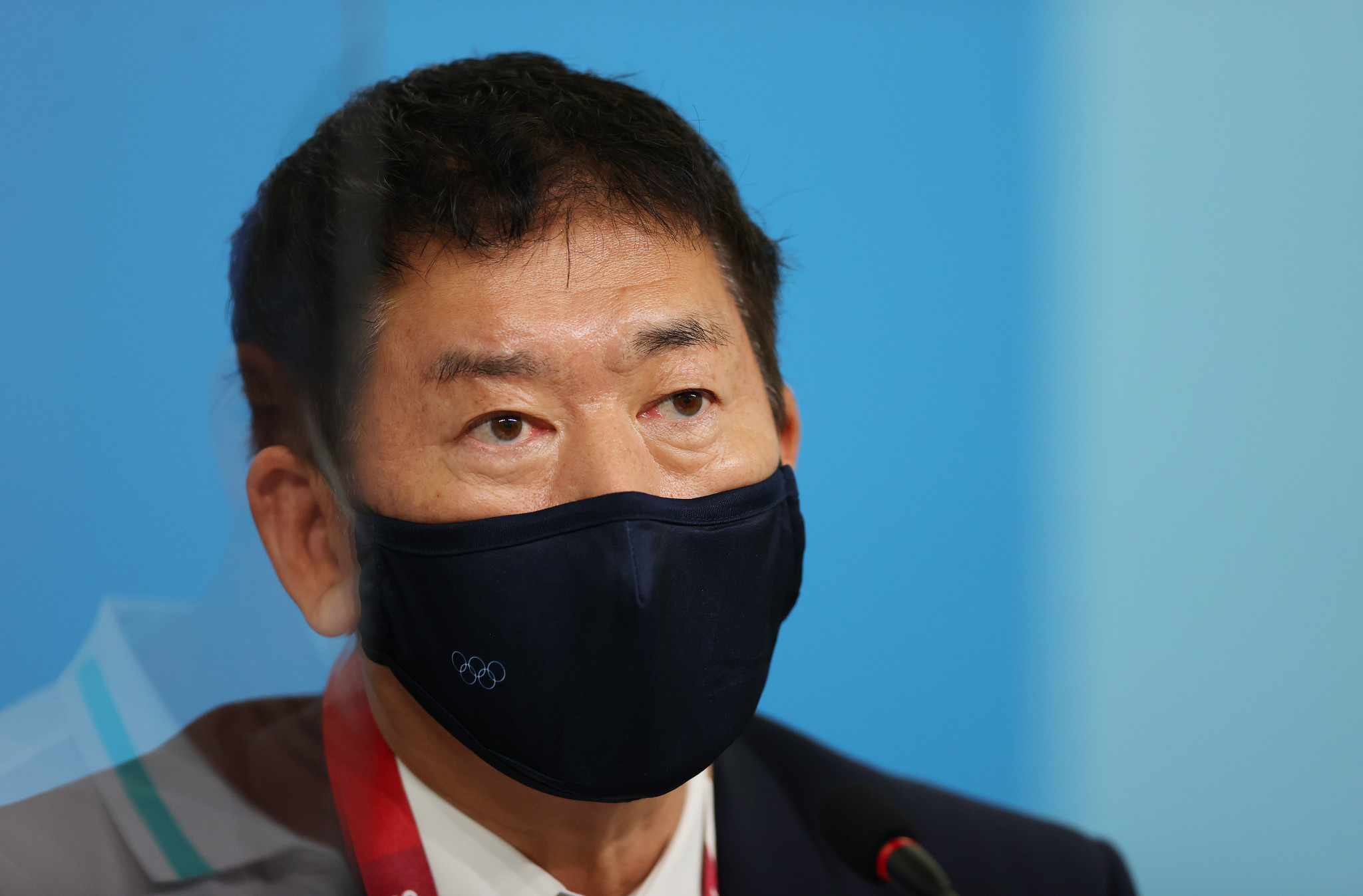 Morinari Watanabe has been re-elected as President of the International Gymnastics Federation at the organisation's Congress in Antalya, by 81 votes to 47.

Watanabe will serve as President for a further three years following a motion approved at the Congress yesterday, which limits elected officials to serving for that time period.

Japanese official Watanabe was challenged for the Presidency by Farid Gayibov of Azerbaijan.

Watanabe second term will run from January 1 to December 31 in 2024.

This followed a motion passed yesterday which will see elected officials serve a three-year term for the Paris 2024 Olympic cycle, after the COVID-19 pandemic led to current mandates being extended for a year in 2020.

“I want to thank you from the bottom of my heart for believing in me,” Watanabe said.

“My policy as FIG President is to support the national federations.

"I have visited many countries and have seen the training facilities they have.

"I have talked to athletes and officials in each country while looking into their eyes.

"The FIG and the national federations share their problems and together we try to solve them.

"Let’s build a bright future together.”

Watanabe had faced criticism in the build-up to election after Japanese embassies campaigned on his behalf, with the official brushing aside concerns by insisting embassy support allowed him to share his ideas to national gymnastics federations he was unable to visit.

The election result was closer than in 2016 when Watanabe received 100 of the 119 votes cast, when then UEG President Georges Guelzec of France receiving 19.

FIG Congress: Morinari Watanabe (JPN) has been re-elected as FIG President for 2022-2024. pic.twitter.com/BqITdNWD5k

Elections for the posts of vice-presidents have also taken place with five candidates seeking three posts.

Ali Al-Hitmi of Qatar was elected after one round of voting with 45 ballots cast in his favour.

Nellie Kim of Belarus was elected after a second round, securing 76 votes to Margaret Sikkens Ahlquist of Sweden's 53 to secure a female vice-president position.

Suat Celen of Turkey was elected after a third round of voting with 52 votes, with Vassily Titov of Russia and Ahlquist missing out on 43 and 31 respectively.

Syria’s Youssef Al-Tabbaa and Mexico’s Alejandro Peniche will also serve on the body.

Latvia’s Arturs Mickevics was re-elected chair of the Men’s Artistic Gymnastics Technical Committee, while Donatella Sacchi was re-elected to the same post for women.

Taeymans and Yagi-Kitagawa were both re-elected to their roles.

Portugal’s Rogerio Valerio was also confirmed as chair of the Gymnastics for All Committee.

The President, the three vice-presidents and the Presidents of the Technical Committees and GfA Committee will sit on the FIG Executive Committee.

They will join the seven elected Executive Committee members, as well as the Athletes’ Commission chair and Presidents of the FIG's Continental Associations.

A total of 130 countries were reportedly present at the Turkish resort Antalya for the Congress.