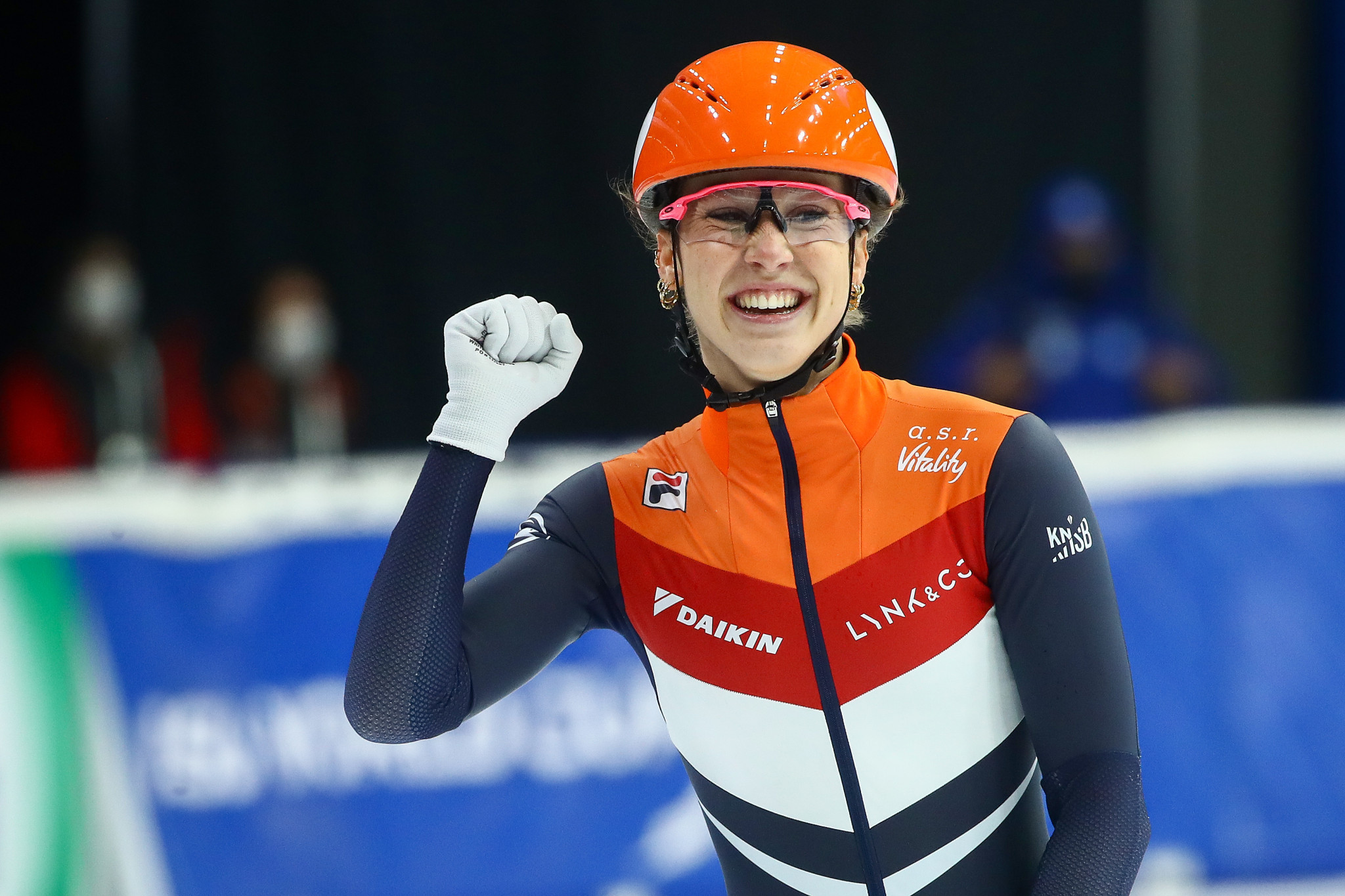 The Netherlands' Suzanne Schulting added a further two gold medals to her season tally as the first finals were held at the third leg of the International Skating Union's Short Track Speed Skating World Cup in Debrecen.

Schulting is the European and world champion overall and across all three short track distances, and picked up a second consecutive win in the women's 1,500 metres on the World Cup circuit, clocking 2min 23.009sec in the final at the Főnix Arena.

She closed the gap with South Korea's overall leader Lee Yu-bin, who was a close second in the Hungarian city with a time of 2:23.101 to remain the overall leader over 1,500m this season.

Canada's Courtney Sarault rounded off the podium with 2:23.118.

The women's 500m final later in the day produced the same winner as Schulting's 42.566sec saw off the challenge posed by Italy's World Cup leader Arianna Fontana, who recorded 42.801.

Kim Boutin of Canada was a star performer in Thursday's (November 18) preliminaries and heats, and clinched bronze in the final courtesy of a time of 42.860.

Poland's Natalia Maliszewska is second in the World Cup classification, but had to settle for winning the B final after only placing fourth in the semi-finals earlier in the day.

Schulting clocked 42.935 as she won the first heat in the semi-finals, while Maliszewska crossed the line in 43.288.

In the men's 500m, home favourite Shaolin Sándor Liu raced to his second win of the season with a time of 40.955, while his brother Shaoang Liu was closely behind with 40.965.

China's Ren Ziwei finished on the podium for the second consecutive World Cup event, although he was some way back with 52.637.

He clocked 54.780 as he placed fourth in his semi-final, meaning he only qualified for the B final in which he finished second, albeit with a time of 40.850 that was quicker than Liu's in the A final.

Russia's World Cup leader Semen Elistratov picked up a penalty in the semi-finals which put paid to his chances of a second victory of the season.

Canada and South Korea both clocked under 4:10.00 to progress from the first semi-final in the women's 3,000m relay.

The Netherlands will join them in the final as they clocked the quickest time of 4:07.286, with China also advancing.

In the men's 5,000m, Russia, Italy, South Korea and Canada went through from the semi-finals.

Competition in Debrecen concludes tomorrow with the two relay and 1,000m finals, with the mixed 2,000m relay also scheduled.