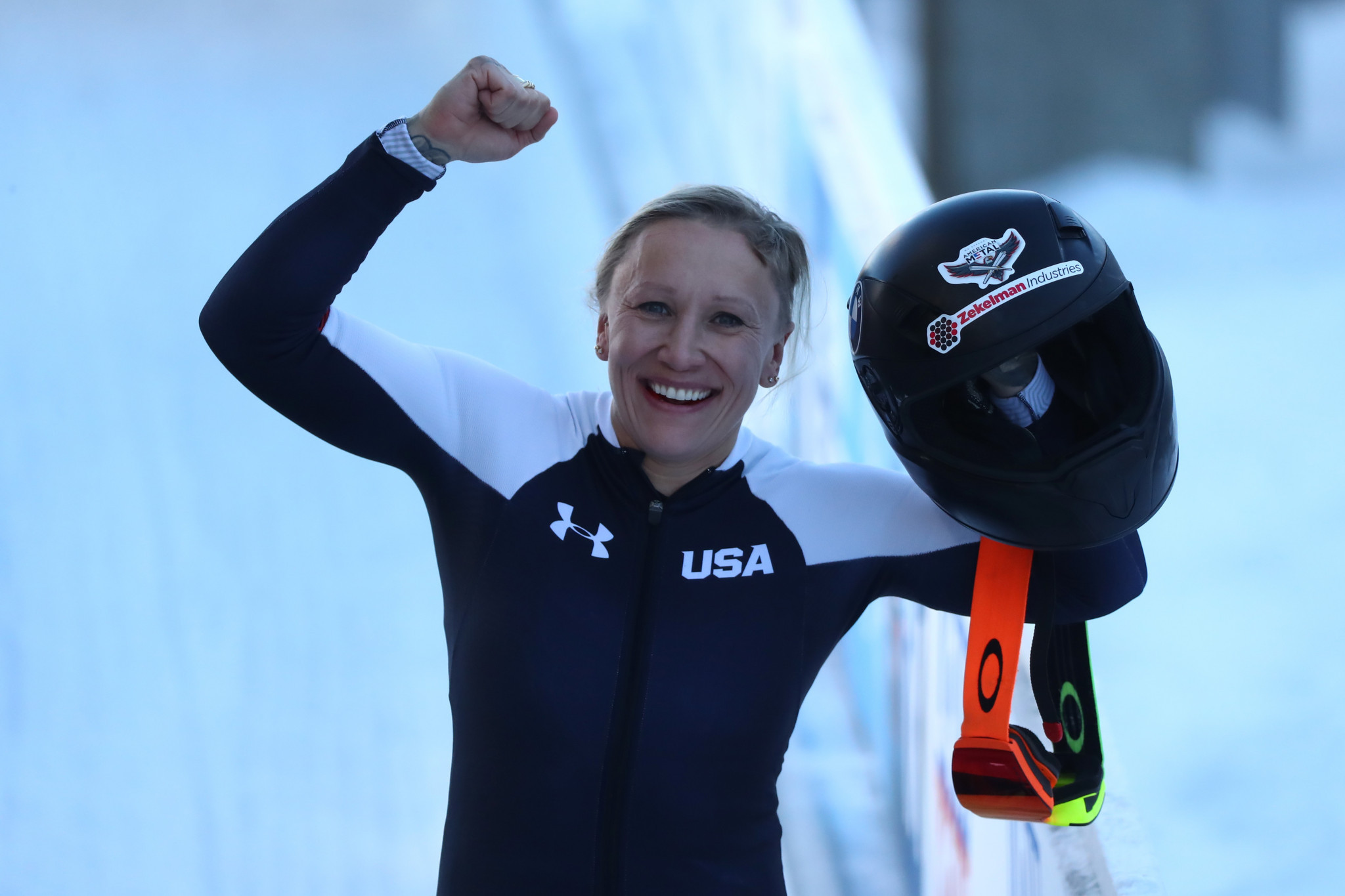 Two-time Olympic bobsleigh gold medallist and reigning world champion Kaillie Humphries has been given the go-ahead to represent the United States at the Beijing 2022 Winter Olympics after gaining full citizenship.

The US Olympic and Paralympic Committee (USOPC) has confirmed the Canadian-born bobsledder will formerly switch allegiances after her application was approved by the US Citizenship and Immigration Services in San Diego.

Humphries secured Olympic golds at Vancouver 2010 and Sochi 2014, as well as bronze at Pyeongchang 2018 while competing for Canada before making the transition to the US in 2019 over abuse allegations made against Canadian head coach Todd Hays.

As a green card holder, the 36-year-old was able to compete for the US on the World Cup circuit and at the World Championships, but she needed to gain full citizenship to represent them at the Olympic Games.

Humphries has lived in the US since 2016 where she married her husband American Travis Armbruster.

The USOPC said Humphries' application process faced "uncertain times" due to delays caused by the coronavirus pandemic, but Humphries' long-running battle is now over after completing her meeting and swearing-in ceremony yesterday having returned to San Diego from Germany where the US team are currently competing.

🚨 BREAKING NEWS 🚨@BobsledKaillie has reached a critical milestone in her path to the 2022 Olympics by gaining full United States citizenship today, which will allow her to represent Team USA in the upcoming games. https://t.co/d6mM8jQPiJ pic.twitter.com/tHeLZxiAGi

"I’m more emotional than I thought I would be," said Humphries.

"Even though you believe in your application and you know it meets the requirements, you don’t know.

"When she came back in and said 'Yes, I’m approving your application for citizenship', then it was real.

"It was a long journey, this has been a team effort and feels amazing to have the pot of gold at the end of the rainbow."

Humphries, who won women’s monobob and two-woman titles at this year’s World Championships, is set to go back to Altenberg this weekend to continue her quest to secure a place at Beijing 2022.

The US bobsleigh team is expected to be named on January 17.

"This is great news and we are very happy that Kaillie will have the opportunity to represent Team USA in Beijing," said Rick Adams, chief of sport performance for the USOPC.

"She is already a valuable member of the US bobsled team, competing on the World Cup circuit with her teammates and working toward Olympic qualification.

"We look forward to her displaying both her skill as a world-class athlete and her dedication to Team USA at the 2022 Games."

Humphries was released by Bobsleigh Canada Skeleton in 2019 after a lengthy legal process following her allegations of abuse.

The bobsleigh star said she would not compete for Canada again after alleging "verbal and mental abuse" at the hands of Hays.

She filed a harassment complaint with Bobsleigh Canada Skeleton in 2018 and did not compete during the 2019 campaign as she waited for a resolution to the case.

"The process of obtaining citizenship in time to compete at the upcoming Olympic Winter Games has been a focus of Kaillie’s for the last several years," said Aron McGuire, chief executive of the USA Bobsled and Skeleton.

"We are excited that she will have the opportunity to be part of an amazing team of women who will get the chance to represent the United States in Beijing this winter."

Humphries received support from the USA Bobsled and Skeleton, the USOPC and members of Congress, including Congressman Mike Levin and Senators Alex Padilla, Mitt Romney, Mike Lee and Kirsten Gillibrand.

"I am thrilled to know that Kaillie is finally an American citizen and can compete for Team USA at the 2022 Winter Olympics," added Levin.

"Kaillie did everything she was supposed to do to earn her citizenship, and my staff and I were very proud to assist her throughout that process."