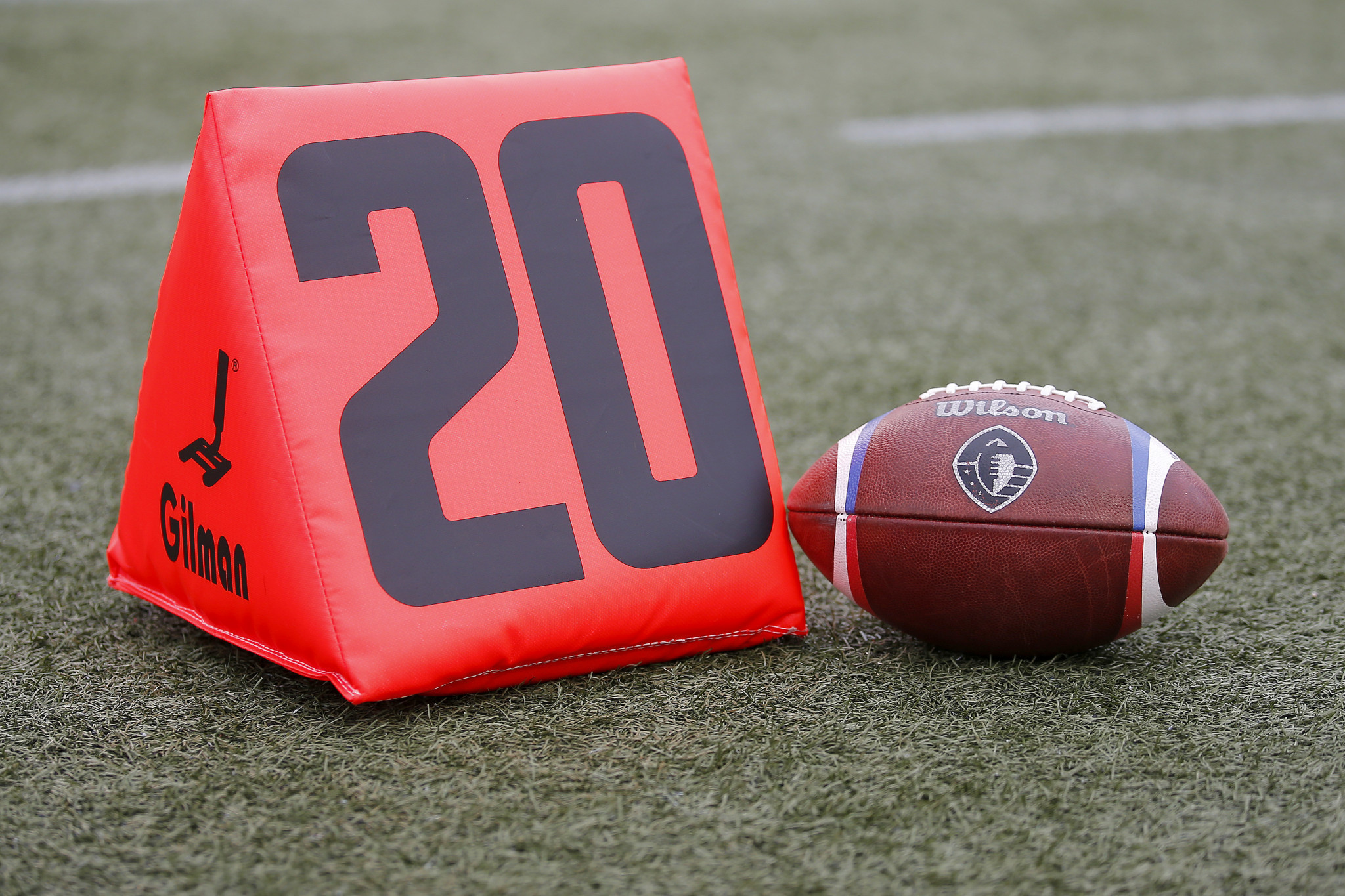 International Federation of American Football (IFAF) President Pierre Trochet has vowed to build on the work of his predecessor Richard MacLean and help further "develop our resources".

French official Trochet was elected as IFAF President last month, on a term which will not expire until late 2024, replacing Canadian MacLean who opted not to stand having served in the role since 2016.

MacLean inherited an International Federation split into two schisms before helping to bring it "back together", and Trochet praised the former President, revealing that he hopes MacLean can still have a role to play with IFAF.

"What I said just after the election is that Richard was actually there when we were at our lowest point, we had been in a lot of troubles and somehow Richard was the guy emerging from his past experience with Football Canada and also with U SPORTS, which is the Canadian University sports [federation], to get us back on track, so there is actually a big legacy here," Trochet told insidethegames.

"Somehow we're going to keep working together with Richard, but also trying to bring a new dynamic.

"The past years with all of those governance problems that Richard solved with his staff, with the Board and [managing director] Andy [Fuller] is actually a very good foundation for what the future will be, so the reflection here is totally to take it as a legacy - to see what worked well, what also worked at a different level with members.

"Trying to get competition back on track will be a major challenge, but there's absolutely no major switch in direction in [the] IFAF leadership.

"I'm trying to stay on top of the wave that Richard and the previous Board created."

Trochet expanded that the work of MacLean means he is taking over an organisation in a strong position.

"Having strong foundations, working with a legacy and being able to count on people that were here such as previous management or people that are still with us [gives us] a chance for trying to achieve more, so I'm going to embrace that."

A final message from @RichardMacLean as he steps down as IFAF President. pic.twitter.com/69BKrE43dv

Trochet brings experience as the French Federation of American Football's (FFFA) director of development, and he believes that his time with the National Federation will serve him well as IFAF President.

"That means lack of resources, the need to serve a large amount of people - the FFFA has about 25,000 members.

"So at a different scale, it represents a bit of what IFAF is doing, which means serving a large amount of members with a limited amount of resources at the moment, and trying to do actually both, which means working on structure and governance but also working on sports development.

"So this [the FFFA] is a great laboratory for prototyping new ideas, trying new concepts, also testing strong governance, rule regulations and everything, and IFAF is a worldwide organisation but [it] works quite similarly to the FFFA at the moment."

IFAF is aiming for its flag football discipline to be included on the Los Angeles 2028 Olympic programme, and Trochet is aiming to preside over further development at the organisation, which currently has 73 member National Federations.

"Globally for the short term, both goals are somehow linked," he explained.

"We need to develop our resources, which will lead to also develop our staff, and this will have as a consequence to also keep on having a strong governance.

"This is very important to work on our ethics, to work on every committee, diversity and inclusion.

"IFAF is a small world.

"American football is a very young sport at a global level.

"Of course it's a 100-year-old sport for North America, but at the global level like in Europe for example it is only 40 years old, so we need to also grow our numbers, have more players, more staff, more coaches, more referees, but also more managers, more leaders, more people that could also serve their own members in their country, so IFAF needs to develop its staff for that.

"It needs develop independent Board members, and so this is the long-term work that we need to achieve, and the visual part of the iceberg will be of course competition, business, broadcast and everything that makes you good.

"But this is very important in the next six months or so, so we [need to] work our business model to have a dynamicity in terms of revenue.

"Most of our revenue today comes from membership, so we need to work on building assets for streaming rights, for competition, for sponsors and everything, and this will have consequences hopefully to get better staff and then better governance."

Trochet added that there are plenty of plans for the early months of his Presidency.

"I really want to emphasise the fact that the long-term [goal] will be to get our governance, and what people and members will see is how strong our competition is, how good our assets are, and hopefully, the cherry on the cake is potentially a future in the Olympics, but this is a long-term goal at the moment for sure," he said.

"For the moment we have January, February and March to get new Board going on, to get our funding straight, to also close some deals hopefully with some partners in [areas such as] broadcasts.

"Then we're going to have to show the IOC [International Olympic Committee] that we are working hard and we could definitely achieve what the other sports are doing,

"And then after March we're going to have probably a global overview on how we can achieve all of that, and hopefully even before."

IFAF has several competitions planned for the coming year, including flag football's debut at an international multi-sport event at the Birmingham 2022 World Games and the Women's World Championship in Finland.