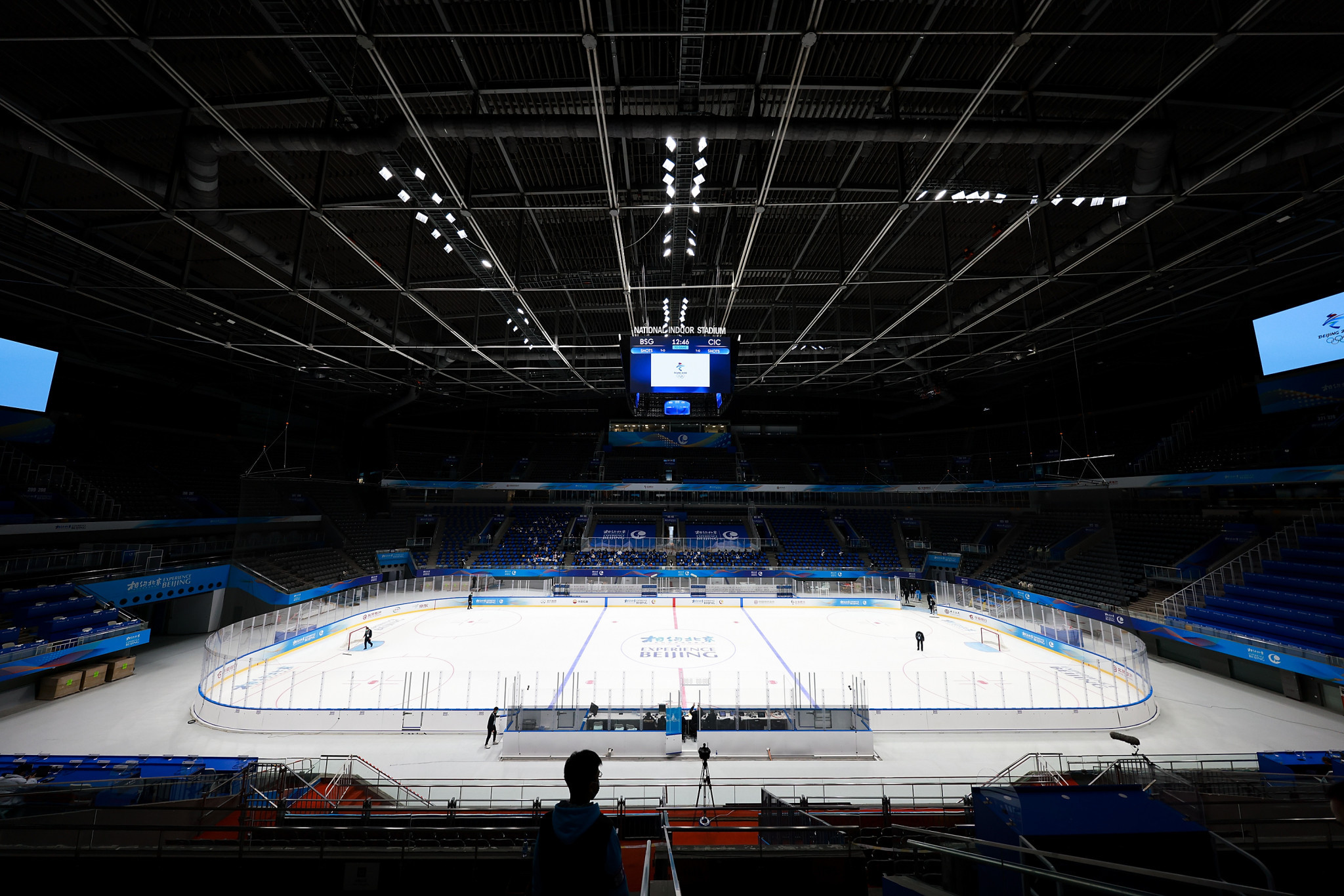 The Russian Olympic Committee (ROC) ice hockey team will face Latvia in a pre-Beijing 2022 warm-up match, it has been announced.

The match will take place at the Beijing National Indoor Stadium (NIS), one of two ice hockey venues which will be used for the Games.

ROC and Latvia are due to play the warm-up match on February 5 - the day after the Opening Ceremony of Beijing 2022.

The men’s ice hockey competition is due to begin on February 10.

The ROC will be hoping to hone their preparations prior to facing the Czech Republic, Switzerland and Denmark in Group B.

Their team will be among the favourites to win gold at the Games.

Russia is required to compete as the ROC at the Beijing 2022 Winter Olympics to comply with the Court of Arbitration for Sport decision in the Russian Anti-Doping Agency case.

The sanction is part of the punishments for the "cover-up of the cover-up" of the manipulation of data at the Moscow Laboratory.

Russia were also sanctioned at Pyeongchang 2018, where an Olympic Athletes from Russia team won the men’s title.

Latvia are scheduled to play another warm-up match on February 7, where they take on Denmark at the NIS training venue.

Latvia will face Finland, Sweden and Slovakia in Group C at the Winter Olympics, having earned their place at one of three final qualification tournaments in August.

It will be Latvia’s sixth participation in the men’s Olympic tournament, with their eighth place at Sochi 2014 marking their best result to date.

Canada, United States, Germany and hosts China complete the line-up for the tournament, with the teams competing in Group A.

The Olympic final is due to take place on February 20, the final day of the Games.