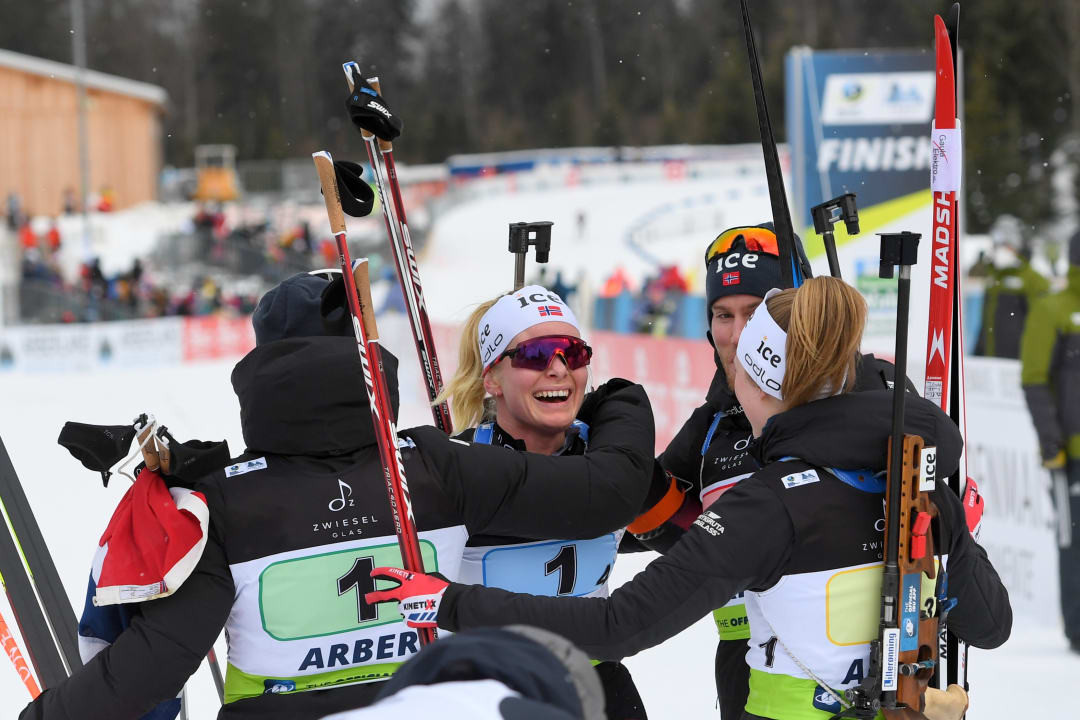 The Norwegian quartet of Erlend Bjøntegaard, Johannes Dale, Jenny Enodd and Ragnhild Femsteinevik triumphed in the mixed 7.5 kilometres relay to ensure the country ended the event in style.

They clocked a time of 1 hour 17min 44.9sec to secure the title ahead of Lucas Fratzscher, Philipp Horn, Janina Hettich and Sophia Schneider of Germany, who were 18.6sec down in silver-medal position.

Bronze went to Switzerland, who were more than four minutes behind the leading two teams.

Victory gave Bjøntegaard and Femsteinevik their second titles of the event after they won the individual sprint races earlier this week.

"Today was quite a difficult relay, that’s no doubt, but I’m pretty satisfied with my leg and I think that everyone on the team did a great job," said Dale.

"For me it was especially challenging the prone shooting.

"But that is part of the game with the wind like this.

"All in all I am pretty happy with my performance, my standing shooting was good, so it was very nice.

"For the whole team it means a lot to win."

Russia also concluded the event on a high as Evgeniia Burtasova and Anton Babikov topped the podium in the single mixed relay.

The Russian duo amassed only one penalty on their way to sealing victory in a time of 39min 10.5sec.

The event was the last major biathlon competition before the opening of the 2022 Winter Olympic Games in Beijing on Friday (February 4).