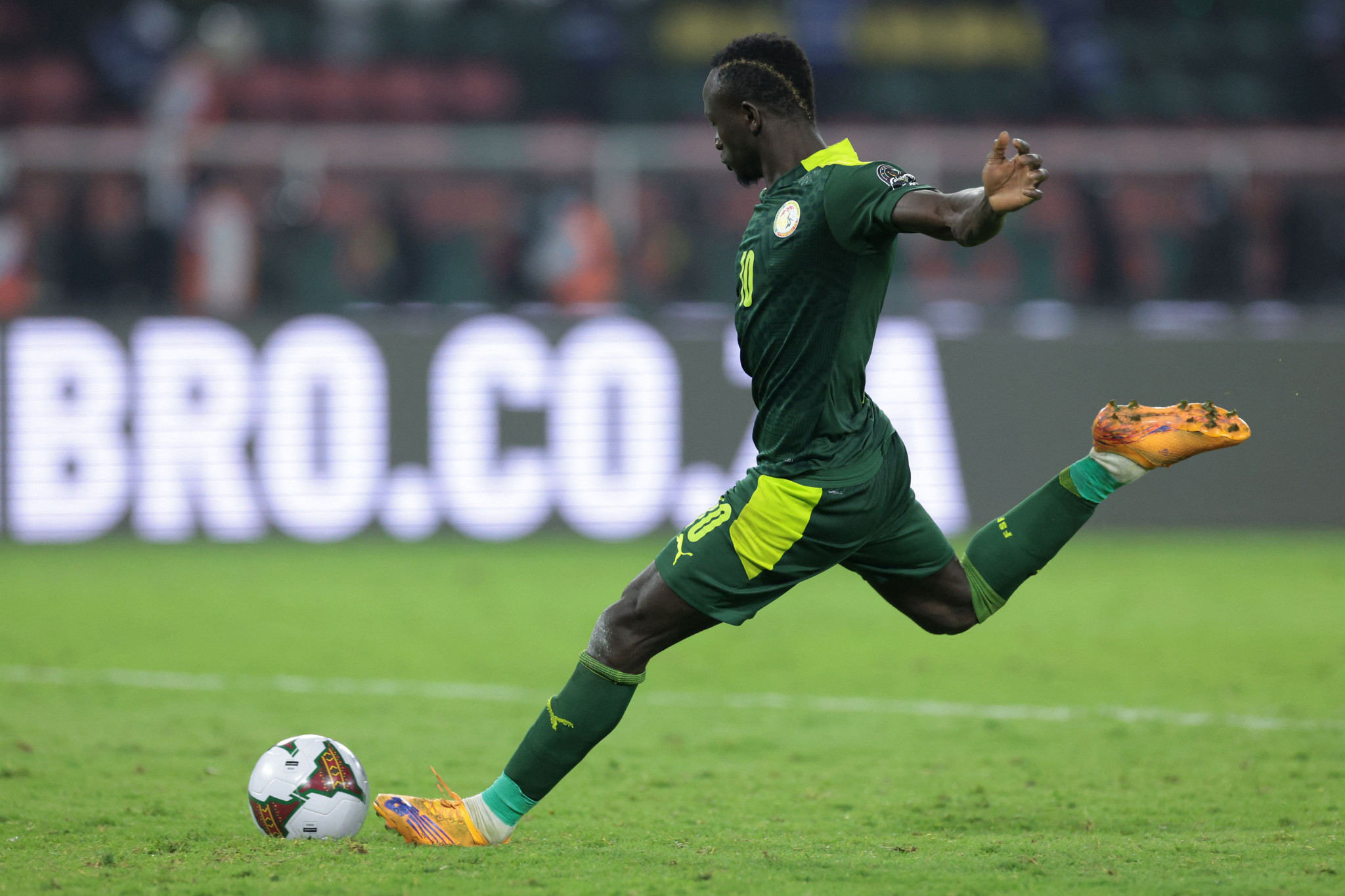 Senegal have won their first Africa Cup of Nations title after Sadio Mané smashed an unstoppable penalty to seal a shootout victory against seven-time champions Egypt in Yaoundé.

Mané had missed a penalty in normal time as the two sides played out a goalless draw after 120 minutes in the Cameroonian capital.

Mohamed Salah did not even get the chance to take his penalty as compatriot Mohamed Abdelmonem rattled his against the post and Mohanad Lasheen's tame effort was saved by Edouard Mendy.

Mané made no mistake with the deciding penalty to send Olembé Stadium into raptures.

Egypt's manager Carlos Queiroz was forced to watch the match from the stands after being sent off in the country's semi-final.

It was a blatant foul and the referee's decision to award a penalty drew little criticism.

Senegal's star man Mané stepped up to the spot and hammered it towards the left of the goal.

Gabaski pulled off more heroics as he beat away the effort to safety.

He had saved two penalties in the semi-final to send Egypt through to their tenth final.

Egypt's Salah had his first sight at goal after bursting into the box, shaping up to cross, but instead firing it at the near post.

Mendy was on hand, however, to palm it away.

Senegal continued to have more chances in the second half, but the Egyptian defence characteristically held firm.

Their attacking intent amped up towards the latter stages.

On the 75-minute mark, Marwan Hamdi jumped highest to get his head to a cross but flashed the ball wide as Mendy was rooted to the spot.

The two teams played out a scrappy 15 minutes to send the match to extra time.

Bamba Dieng raced onto a Mané through ball but could not put it past Gabaski who had been formidable in goal all game.

He kept Dieng out again 10 minutes later, leaping to the far post to stop a glancing header from the Marseille man.

The match was then sent to penalties which saw Senegal take the historic win.

Despite being on the losing side, Gabaski was named player of the match due to a stunning performance which stopped his side from losing much earlier.