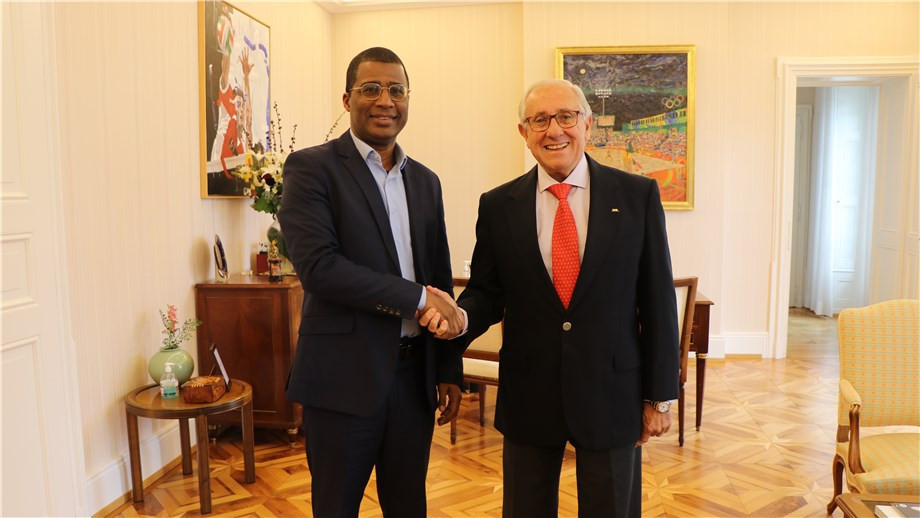 The pair also spoke about the coaching support provided by the International Federation to the African nation, aiding in their sports development, particularly in youth beach volleyball.

Seye was joined by high-performance beach volleyball coach Francois Winograd from France, who is heading up the FIVB coaching support programme for a period of 12 months.

This project looks to build a strong youth national beach volleyball team prior to the Dakar 2026 Youth Olympic Games, also set to take place in Senegal.

At the meeting, Seye and Graça signed a one-year extension on the programme.

"At today's meeting, we were able to discuss the recent developments in beach volleyball in Senegal, particularly as the FIVB-appointed coach has already been working there for six months," said Graça.

"We also discussed some beach volleyball hosting opportunities for Senegal as the country prepares to host the Dakar 2026 Youth Olympic Games.

"I was pleased to receive some positive news about the results of the coaching support, so we have approved one more year of coaching support to Senegal and the contract has been signed accordingly."

FIVB has helped Senegal with development since 2017 with equipment and coaching.