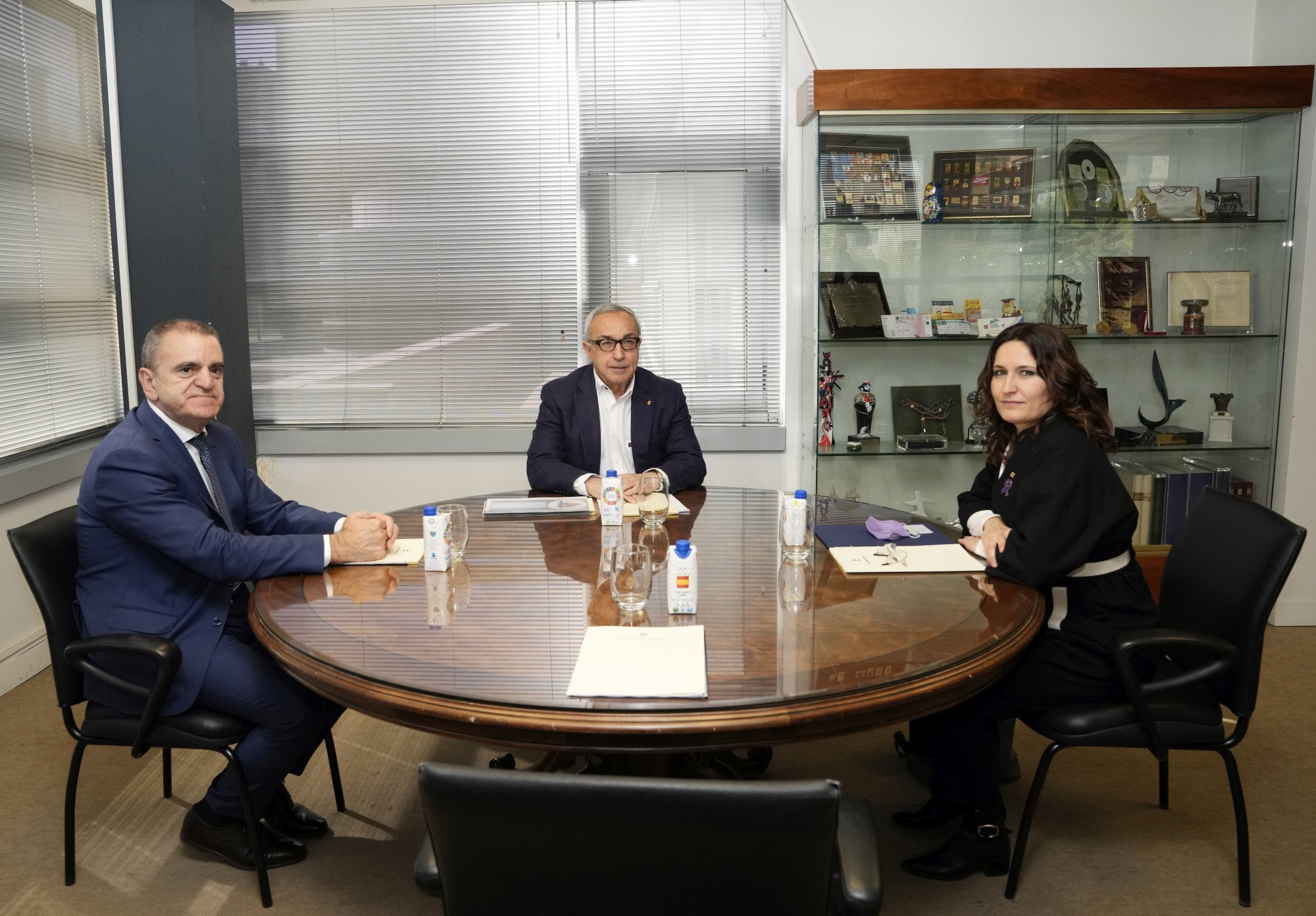 The Spanish Olympic Committee (COE) has met to approve the distribution of events as part of its bid for the 2030 Winter Olympic and Paralympic Games, which residents in the Pyrenees will be able to vote on in July.

The COE staged a meeting to validate proposals tabled by its Technical Committee - but notably no one from the Aragon Government was present, highlighting the political tensions that continue to blight the Pyrenees-Barcelona 2030 bid.

Further hurdles the bid could face were announced today with news that residents in the Pyrenees will have an opportunity to vote on the proposals on July 24, one day before the start of the 30th anniversary of the Barcelona 1992 Summer Olympics.

Alongside the COE's statement about the signing of the agreement, a picture was posted showing COE President Alejandro Blanco sat around a table alongside José Manuel Franco, head of the Higher Sports Council that was representing the Spanish Government, and Minister of the Presidency of Catalonia Laura Vilagrà.

There was also an empty chair with a piece of paper and glass on the table, appearing to be left for a representative from the Government of Aragon.

"The proposal presented, debated and agreed by the Technical Commission was validated," a statement from the COE read.

"We hope and trust that the Government of Aragon will join this proposal."

Biathlon, curling, figure skating and speedskating and short track speed skating events are reportedly planned to be held in Aragon while a decision on the destination for the ski jumping and sliding sports had yet to be made as COE considers staging them in another country.

Two referendums are set to be held to gauge support for the proposals, one in the Alt Pirineu and Aran area of the Western Catalan Pyrenees, and a second in the Berguedà, Solsonès, and Ripollès counties, as reported by Catalan News.

Residents in the six counties in the Alt Pirineu and Aran areas are set to be asked whether they believe the Government should put forward a candidacy to host the 2030 Olympics, with the Catalan Government claiming that if they reject the proposal, the bid will be shelved.

In a separate vote, residents in the Berguedà, Solsonès, and Ripollès counties are set to be asked whether they believe their areas should participate in the wider "Olympics project", meaning they could host training sessions or other sports activities in the run-up to the Games if any bid were to be successful.

Even if a majority oppose these proposals, it is understood it would not affect whether any bid was put forward.

Residents in Barcelona are not getting a vote on whether a bid should be tabled, because its "territory is not impacted and it is used to being the site of even bigger events", Vilagrà told a media conference.

The allocation of events has been a contentious topic already, with Aragon President Javier Lambán claiming the planned distribution between the two regions was "unfair".

The crux of his issue appears to centre around the distribution of snow events, with Lambán wanting the "entire Aragonese Pyrenees" to play a role and "not just be a part".

According to Spanish newspaper El Pais, a final agreement needed to be reached by all parties within the next two weeks.

It also reported that the International Olympic Committee (IOC) officials are due to visit proposed venues next month.

The 2030 Games are set to be the first Winter Olympics and Paralympics awarded under the new process whereby the IOC engages in a targeted approach with selected countries, as opposed to a more traditional bidding race.

IOC member Juan Antonio Samaranch warned last November that a lack of unity "between all the institutions involved" would undermine the Pyrenees-Barcelona bid.