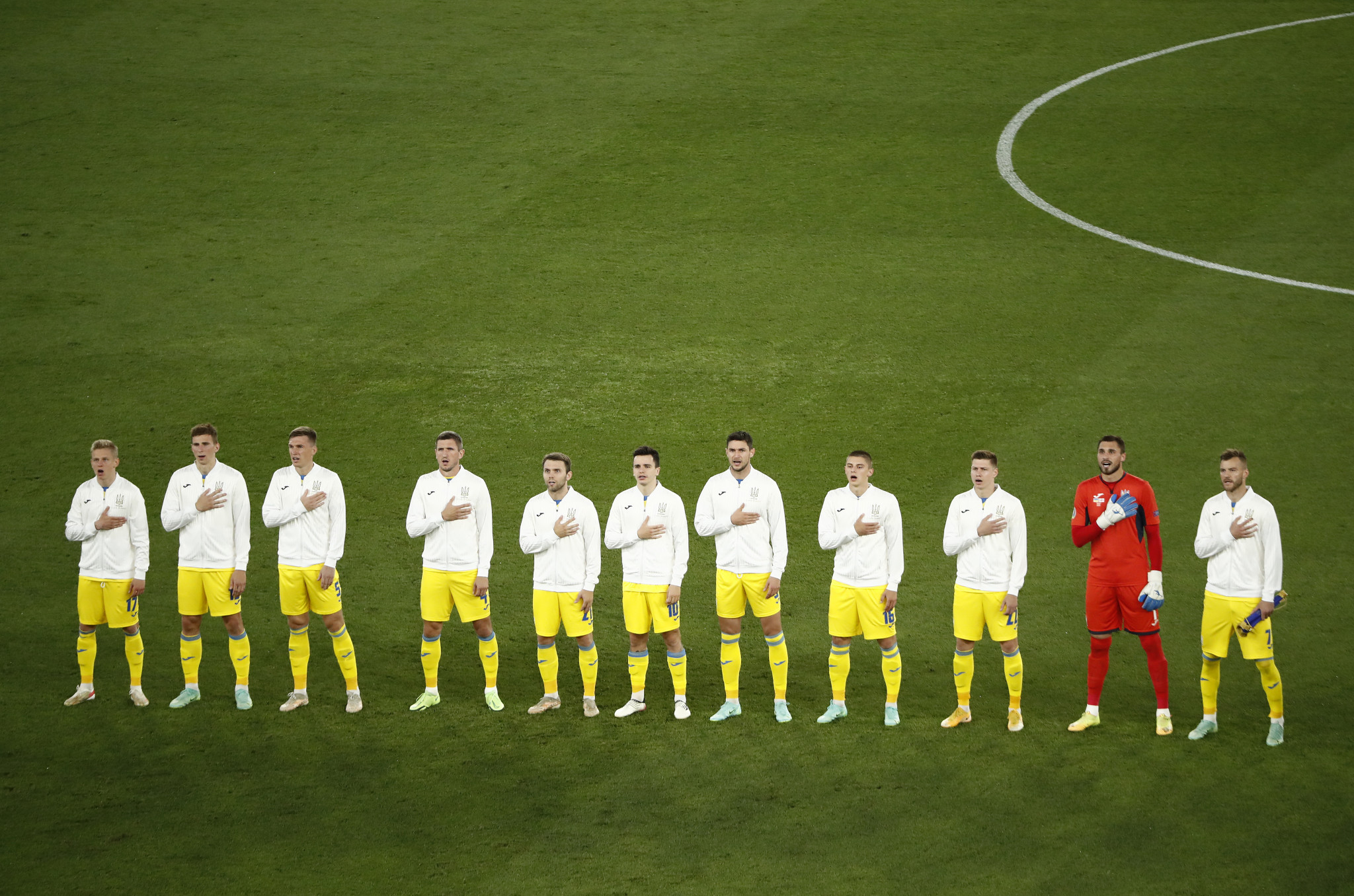 Ukraine's national football team will prepare for their FIFA World Cup qualifier against Scotland in Slovenia after being invited to use the Football Association of Slovenia's headquarters.

Ukraine will live in the Brdo Hotel at the training centre when they begin their preparations on April 29.

With domestic football in Ukraine suspended since Russia invaded the country on February 24, these players have not played competitive football in several months so are short of match fitness.

Ukraine are due to play Scotland at Hampden Park in Glasgow on June 1.

The winner is then due to face Wales in Cardiff on June 5 for a place at the tournament in Qatar.

Players competing in foreign leagues, such as Manchester City's Oleksandr Zinchenko and Roman Yaremchuk of Benfica, are expected to join the Ukraine team once their respective club seasons finish.

The turnaround for captain Zinchenko could be tight as his team may be playing in the UEFA Champions League final on May 28.

Ukraine, Scotland and Wales are vying for the final European berth at the World Cup, with matches due to be played last month pushed back to June because of the conflict in Ukraine.

Manager Oleksandr Petrakov previously commented that "as long as people in my country continue to die, I cannot think about playing the game in Scotland" and that "football has faded into the background".

Earlier in the week, former Scotland legend Kenny Dalglish called for Ukraine to receive a bye into the 48-team 2026 FIFA World Cup.

"They are playing elsewhere but they’ve still got families there that have been hugely affected by it," Dalglish said of the Ukraine players, as reported by The Herald.

"I think it’s unfair to put them under pressure in any way, shape or form.

"Maybe a wee olive branch and say, in the next World Cup you can go straight through."

Russia were excluded from the FIFA World Cup playoff process in response to the military offensive in Ukraine, which led to Poland being given a bye to a playoff final where they beat Sweden 2-0.

A Russian Football Union appeal to the Court of Arbitration for Sport for FIFA's suspension of Russian national teams to be suspended until a full hearing could be held was rejected.

According to the United Nations, at least 1,982 civilians have been killed in Ukraine, although it is feared the true figure is far higher, and more than 4.8 million refugees have fled the country.