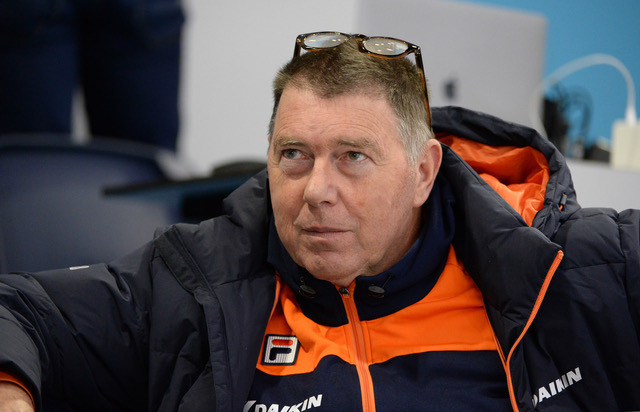 The Royal Dutch Skating Association (KNSB) has decided not to extend the contract of its national speed skating coach Jan Coopmans following what is being considered a poor showing at the Beijing 2022 Winter Olympic Games.

Despite topping the sport's medals table in the Chinese capital with six golds, four silvers and two bronzes, most of the success came from the individual events.

Coopmans has been responsible for the country's team pursuit, team sprint and mass start squads since January 1 2019.

His contract is due to expire in the Dutch summer.

Irene Shouten won the women's mass start and the Dutch women took bronze in the team pursuit but the men's teams failed to podium.

"We have broadly evaluated the collaboration, including the objective to achieve at least three medals, preferably gold, in the Olympic Games in the team components," said Remy de Wit, technical director of the KNSB.

"Based on this evaluation, we have decided not to renew Jan's contract.

"We do hope that his enormous knowledge and experience for skating will be retained."

During his reign, twelve world titles were won but only one gold medal out of a possible four came from his stewardship at Beijing 2022.

"This is not unexpected," said Coopmans.

"We should have won more gold in Beijing.

"It is understandable that the KNSB does not extend.

"I am grateful, also because I have been able to experience the last years of two great skating icons up close.

"I am now 'end of contract' and therefore a free man.

"I will be 65 next month, but I still have too much ambition to retire."

The KNSB have begun the search for Coopmans' successor and are consulting with their teams to decide how they can be best managed for the Milan Cortina 2026 Olympics.