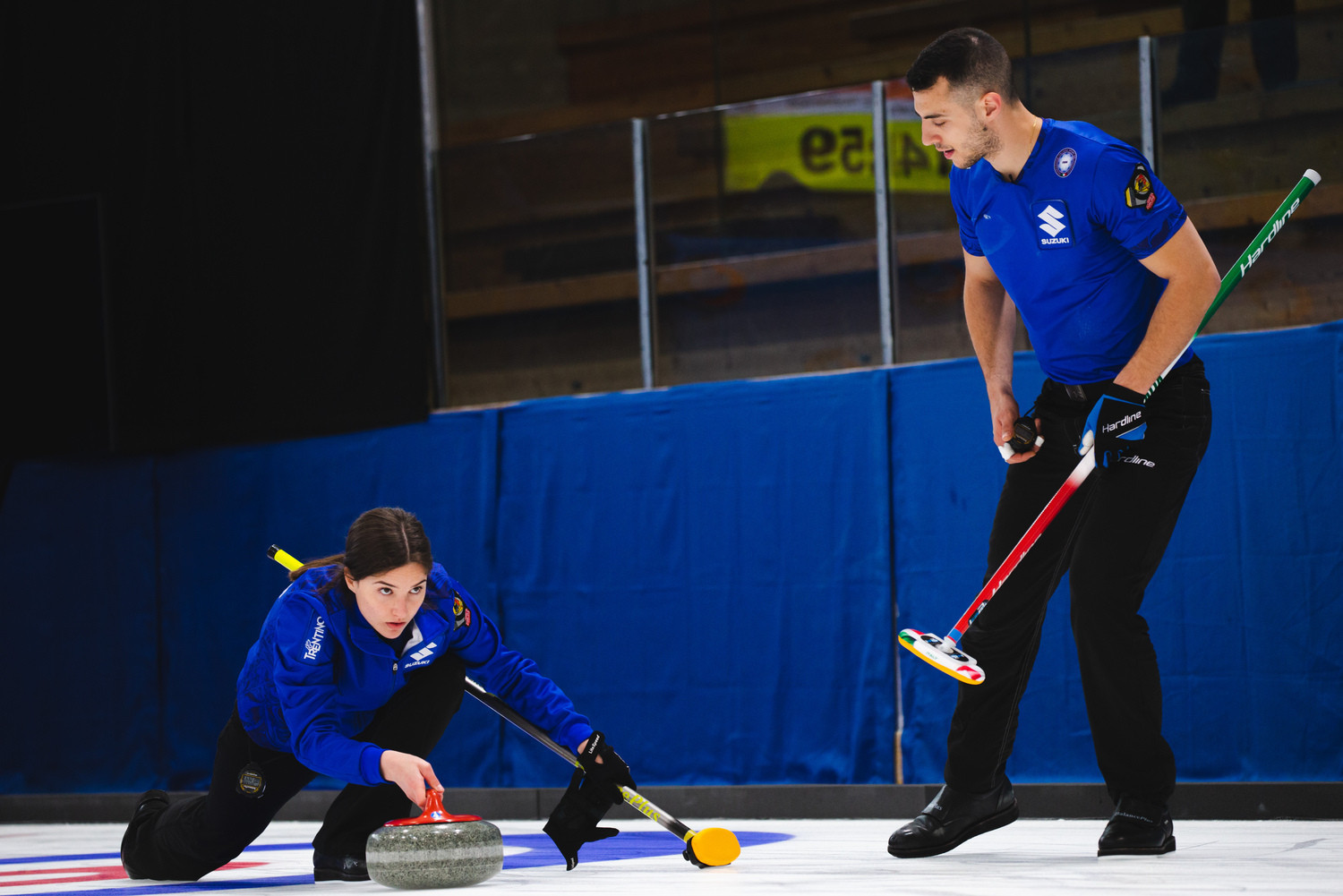 Italy and Scotland began the World Mixed Doubles Curling Championships with impressive wins at the Sous-Moulin Sports Centre in Geneva.

Olympic champion Stefania Constantini has joined up with Sebastiano Arman for the World Championships, with the Italians featuring in Group A of the competition.

The duo began their campaign with a 10-3 victory over Japan, before easing to a 10-1 triumph over New Zealand in just six ends.

The Swiss team recorded a 7-4 win over Norway, before winning 9-4 against Switzerland in their second fixture.

Denmark complete a trio of teams at the top of the Group A standings.

Jasmin Lander and Henrik Holtermann earned a 7-5 win over Finland, before matching the scoreline against South Korea.

Group B saw five teams record wins in their opening round robin fixtures.

RESULTS | Group A finished off day one at the #WMDCC2022 tonight in Geneva 👏 pic.twitter.com/CvUePrJCQl

The Scotland pairing earned an 8-3 win over England to begin their tournament strongly.

United States were 9-6 winners over the Czech Republic and Hungary overcame Australia 7-5 in another Group B contest.

Canada recorded a 9-3 win over Germany, while Spain secured a 9-2 triumph over Turkey.