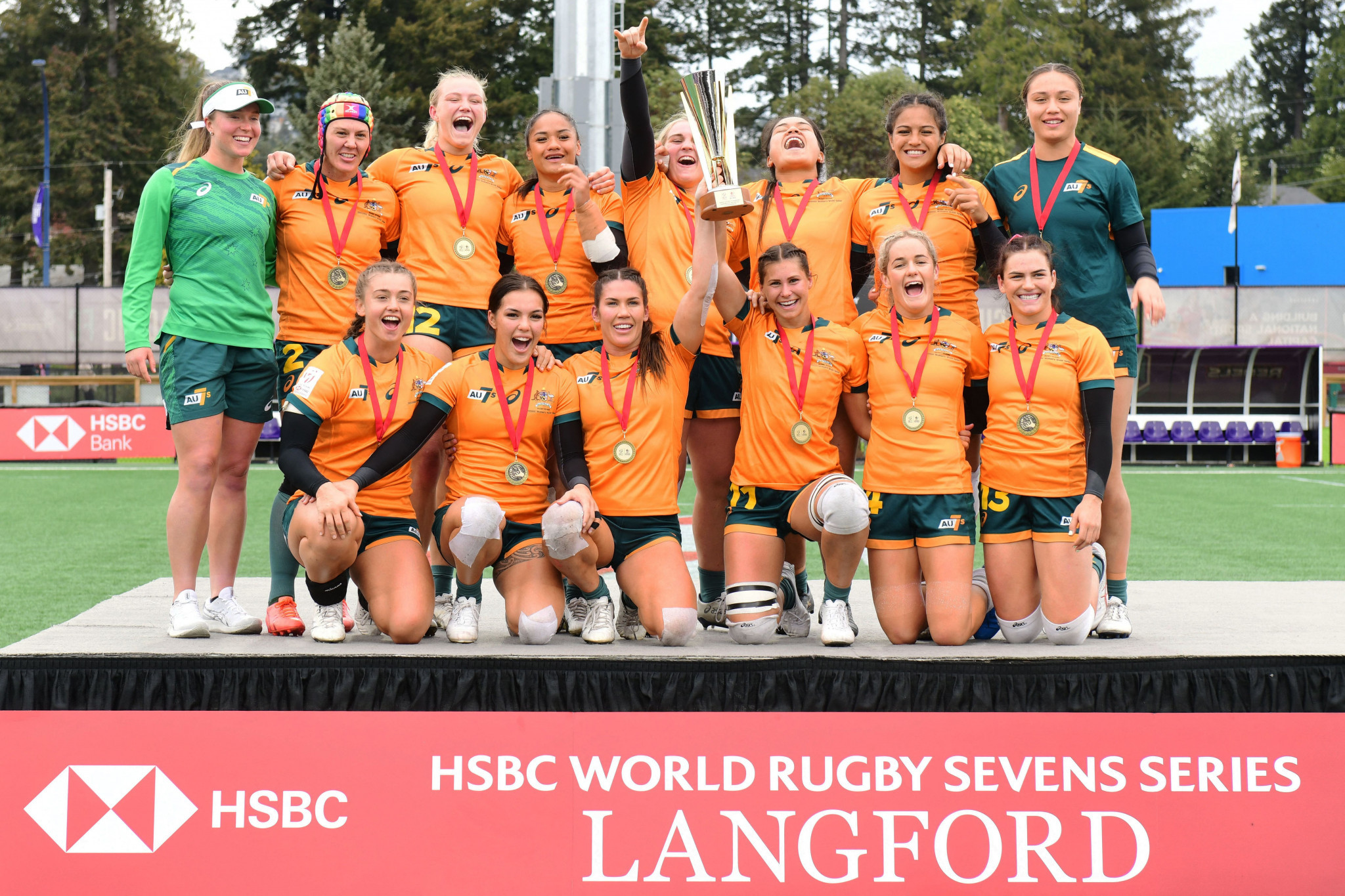 Australia clinched the overall World Rugby Women's Sevens Series title with a dramatic victory over New Zealand in the final in Langford.

This was Australia's fourth win from five events this season, and secured their first title since 2018.

Trailing 17-14 to New Zealand in the closing minutes of the tournament at Starlight Stadium in the Canadian city, the player of the final Lily Dick scored a decisive try which was converted by Dominique du Toit to earn a 21-17 win.

Dick explained that keeping a calm head was pivotal to Australia's latest triumph.

"It was all about being composed at the end," Dick said.

An epic final sealed by one of the rising stars of @Aussie7s!

"We knew we just needed one try and thankfully it came, this team never gives up."

Maddison Levi and Charlotte Caslick were also on the scoresheet for Australia, with all three of their tries converted compared to only one for Olympic champions New Zealand, who were making their first appearance of the season due to the impact of COVID-19.

Earlier in the day, Australia thrashed Spain 55-0 in the quarter-finals, before seeing off Ireland 26-14 to reach the decider.

New Zealand's route to the final included a 38-0 thrashing of hosts Canada, followed by a 26-14 victory over France in a match that was a repeat of the Tokyo 2020 final.

The Olympic silver medallists missed out on the podium in Langford, with Ireland triumphing 22-14 in the match for bronze.

Toulouse in France is set to host the final women's tournament of the season from May 20 to 22.