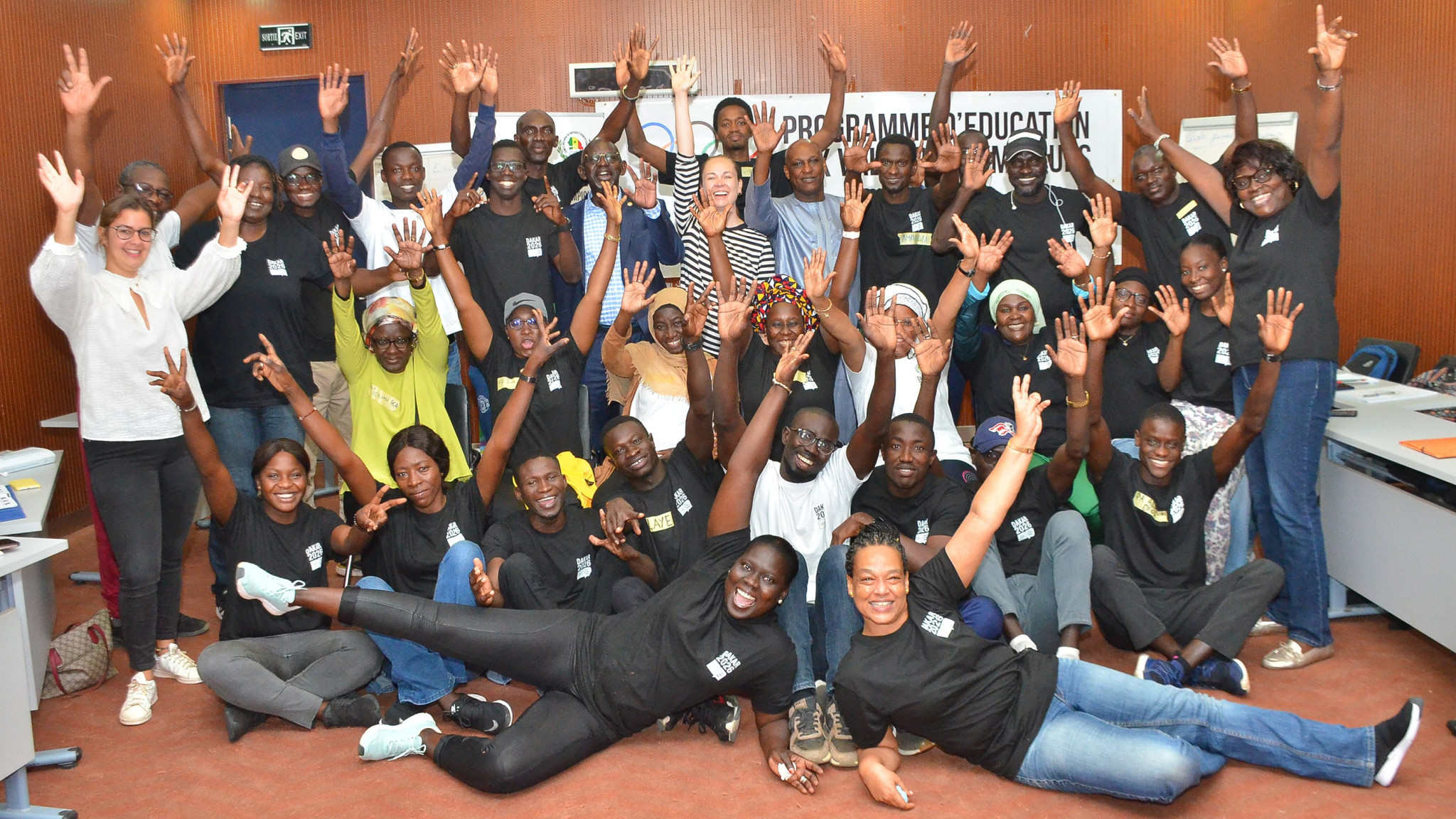 The OVEP is managed by the International Olympic Committee (IOC), aiming to communicate the benefits of sport and physical activity.

These are held over two or three days, teaching those taking part how to develop their own educational programmes, with those who complete the course becoming ambassadors for Olympism under the "OVEP Master Trainers" community in Senegal.

A full educational programme for young people in Senegal and Africa as part of the Youth Olympic Games is being worked upon by a task force consisting of representatives from the IOC, Dakar 2026, the City of Dakar and the Senegalese Ministries of Youth, Sport and Education.

Kirsty Coventry, the chair of the IOC's Coordination Commission for Dakar 2026, explained that the OVEP's initiatives aimed to engage young people.

"With our partners in Senegal, we have selected activities that blend sport, art and music to connect with young people specifically," Coventry said.

"2022 will be a very significant year for the organisers, with exciting programmes offered in Dakar and across Senegal.

"It is a real taste of the very ambitious engagement programme envisaged between now and 2026."

The Brevet Olympique Civique et Sportif certificate is on offer for school children across Senegal, with classes also aimed at identifying volunteers for Dakar 2026.

Youth Week is scheduled for May 26 to 29 this year, with approximately 9,000 people set to take part in the initiative which aims to improve access to sport for young people.

The Youth Olympic Games in Senegal's capital were originally scheduled for 2022 but postponed for four years, with the IOC citing the "challenges faced by the organisation, National Olympic Committees and International Federations" after Tokyo 2020 was delayed by 12 months.

A Dakar en Jeux festival has been planned for October and November of this year, when the Games were originally due to take place.

Dakar 2026 general coordinator Ibrahima Wade claimed organisers were already seeing signs of success from some of the initiatives.

"We are delighted to see that young people are already getting physically active, getting excited, discovering new sports and looking after their health in the run-up to the Games," Wade said.

"We will be celebrating the arrival of the Games - which are highly anticipated - over the next four years.

"We are welcoming sport in the spirit of Teranga."

Singapore held the inaugural edition of the Youth Olympics in 2010, with Buenos Aires staging the most recent Summer Games in 2018.

Athletes aged 15 to 18 on December 31 in the year of the Games are eligible to compete, with 28 sports on the initial programme and a further seven additional sports proposed by Dakar 2026.