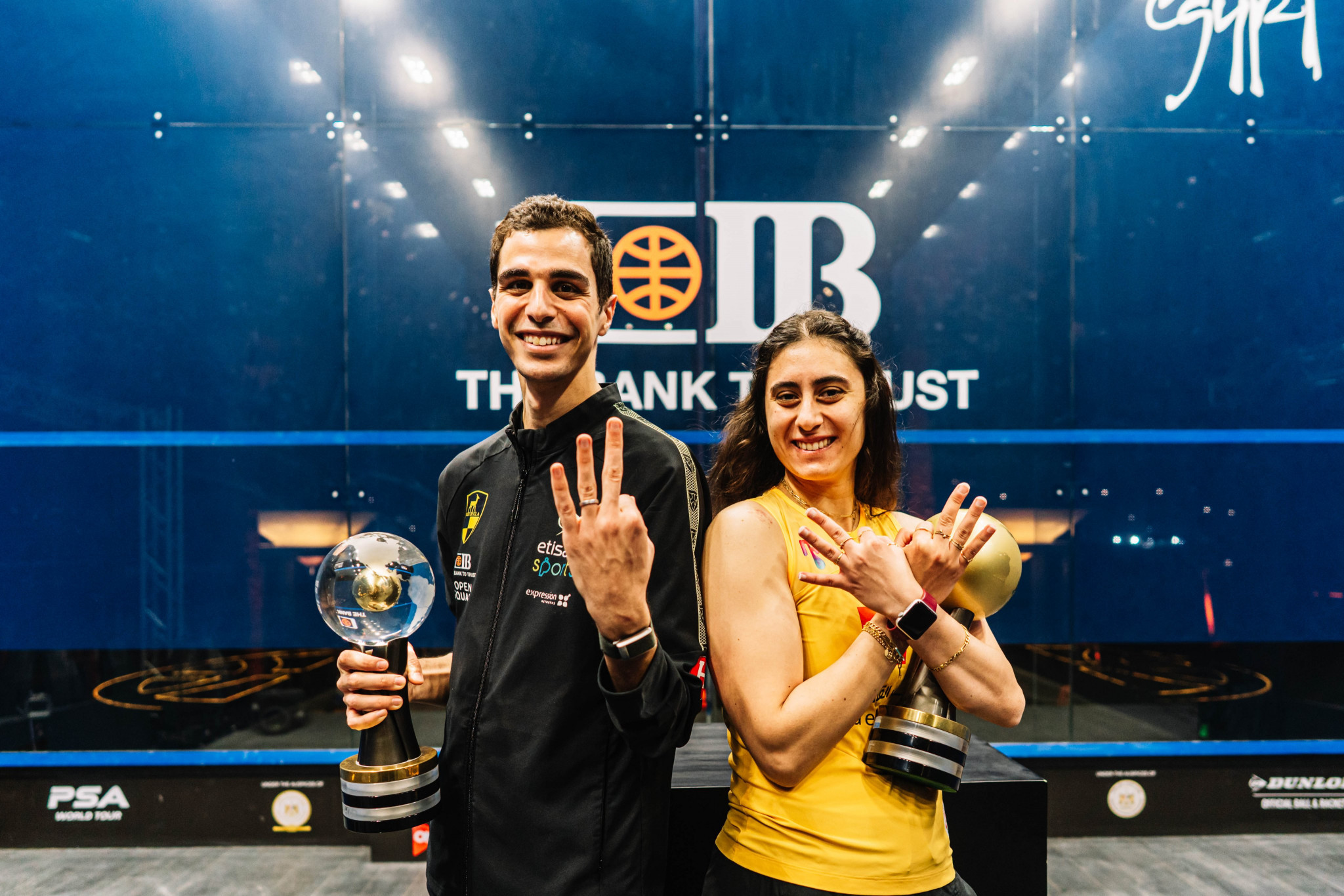 El Sherbini who enjoyed a 14-6 head-to-head record against Gohar clinched her title in 56 minutes.

It was Gohar who took the opening game 11-7 after some great winners from the middle of the court.

El Sherbini responded in style by taking the second game 11-7.

The win gave her the confidence to take the third game 11-8 before a hard-fought fourth game to seal the title with another 11-7 victory.

"It’s always a dream for me to win this tournament and I wait for it every year," El Sherbini said afterwards.

"I’m a bit emotional right now and it’s of course an unbelievable feeling.

"It’s been very hard, the last couple of months, I can’t believe I’m standing here right now, the tournament is over, everything is over."

In the men’s final, Egyptian Ali Farag defended his crown as he came from behind to beat compatriot Mohamed El Shorbagy 3-2 to reclaim the world number one ranking.

After taking a strong lead in the third game, El Shorbagy was back in the lead with a 11-7 win.

While both players made a number of errors in the fourth game, Farag got the fourth 11-9 to take the match into the fifth game.

The decider saw Farag in a different avatar as he crushed his compatriot 11-2 to successfully defend his title.

"I was just telling Nour, I don’t know how I feel," Farag said.

"Mixed emotions of joy and relief.

"I’m really happy to be done with the tournament; the pressure we live through every day.

"I didn’t come into this week with that pressure, but then the week started and I felt the pressure.

"I’m super proud of my week, I had to go through a very tough draw."