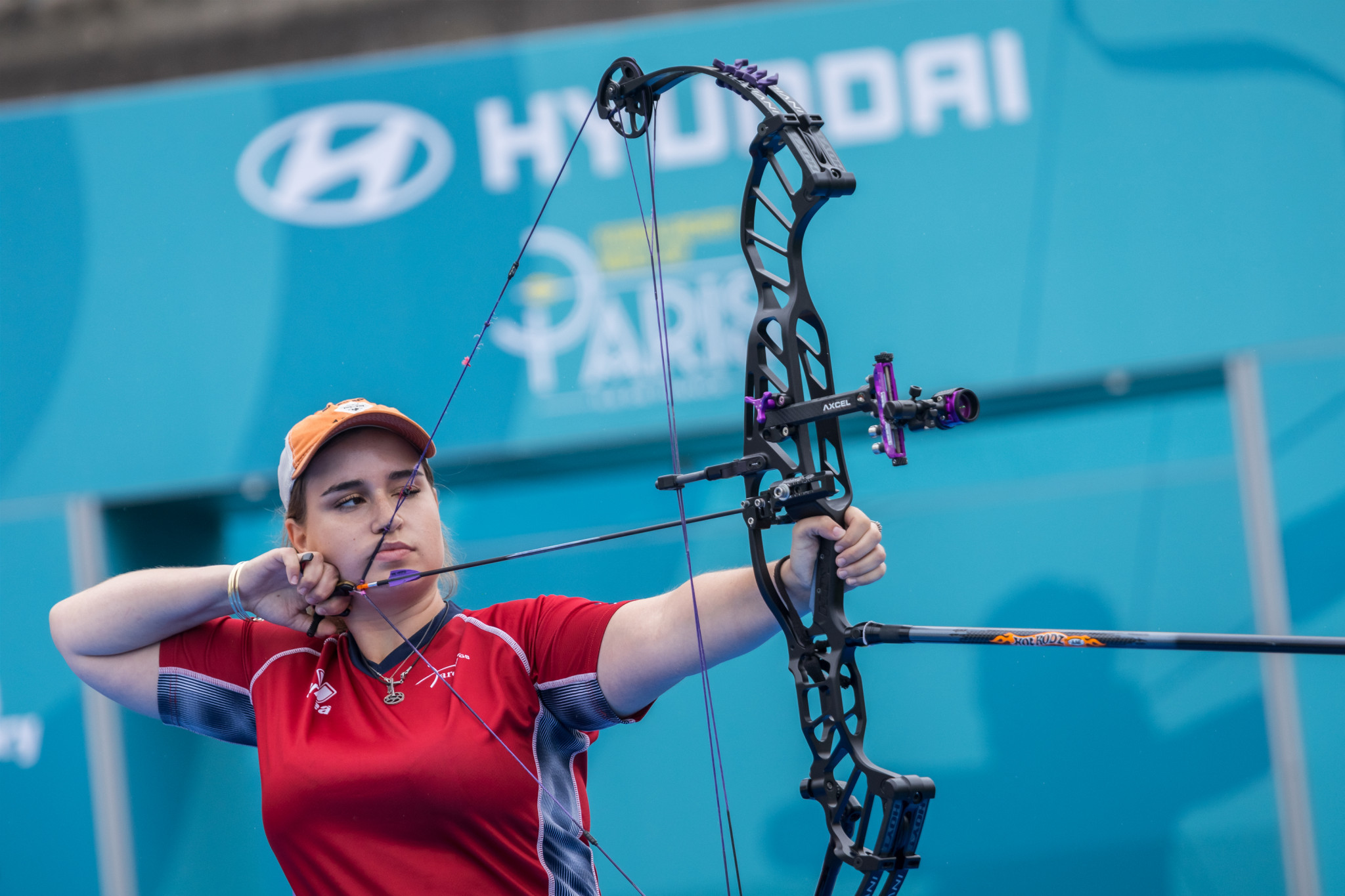 The 22-year-old beat India's Jyothi Surekha Vennam in the final by the smallest of margins in the women's individual compound.

Both archers scored 148 points out of a possible 150 after five rounds.

That sent it to a shoot-out where the pair both scored 10 but as Gibson's arrow was closer to the centre of the target she was awarded the win.

Girard was competing in his first World Cup final and beat Norwegian Anders Faugstad in front of a delighted home crowd.

Girard led the duel through all five rounds to eventually seal a 148-145 triumph.

It marks the 35-year-old's 12th bronze medal on the World Cup stage, in addition to 30 golds and 17 silvers.

What a first! 💪
Nicolas wins his first individual at a World Cup and what better than at home! 🥇🇫🇷#ArcheryWorldCup pic.twitter.com/HHN02C0zj7

Gibson narrowly missed out on another gold in the French capital as Britain fell to a 229-228 loss to Turkey in the women's team compound.

Joined by Layla Annison and Elizabeth Foster, Gibson's side were level with Yesim Bostan, Songul Lok, and Ayse Bera Suzer going into the final round but dropped five points in their worst round of the tie to sacrifice the win.

France's Dodemont, Lola Grandjean, and Sandra Herve took the last place on the podium with a 233-231 win against Vennam, Priya Gurjar, and Muskan Kirar.

Gellenthien was joined by Kriss Schaff and James Lutz as the Americans narrowly beat Denmark's Mathias Fullerton, Martin Famsbo, and Rasmus Bramsen via shootout after a 233-233 draw.

Vennam and Abhishek Verma won the final gold medal of the day against Dodemont and her compatriot Jean Philippe Boulch 152-149 in the mixed team compound.

Gibson and countryman Adam Carpenter beat Lisell and Robin Jaatma of Estonia 153-152 to round out the top three.

The action continues tomorrow with the individual and team recurve finals.