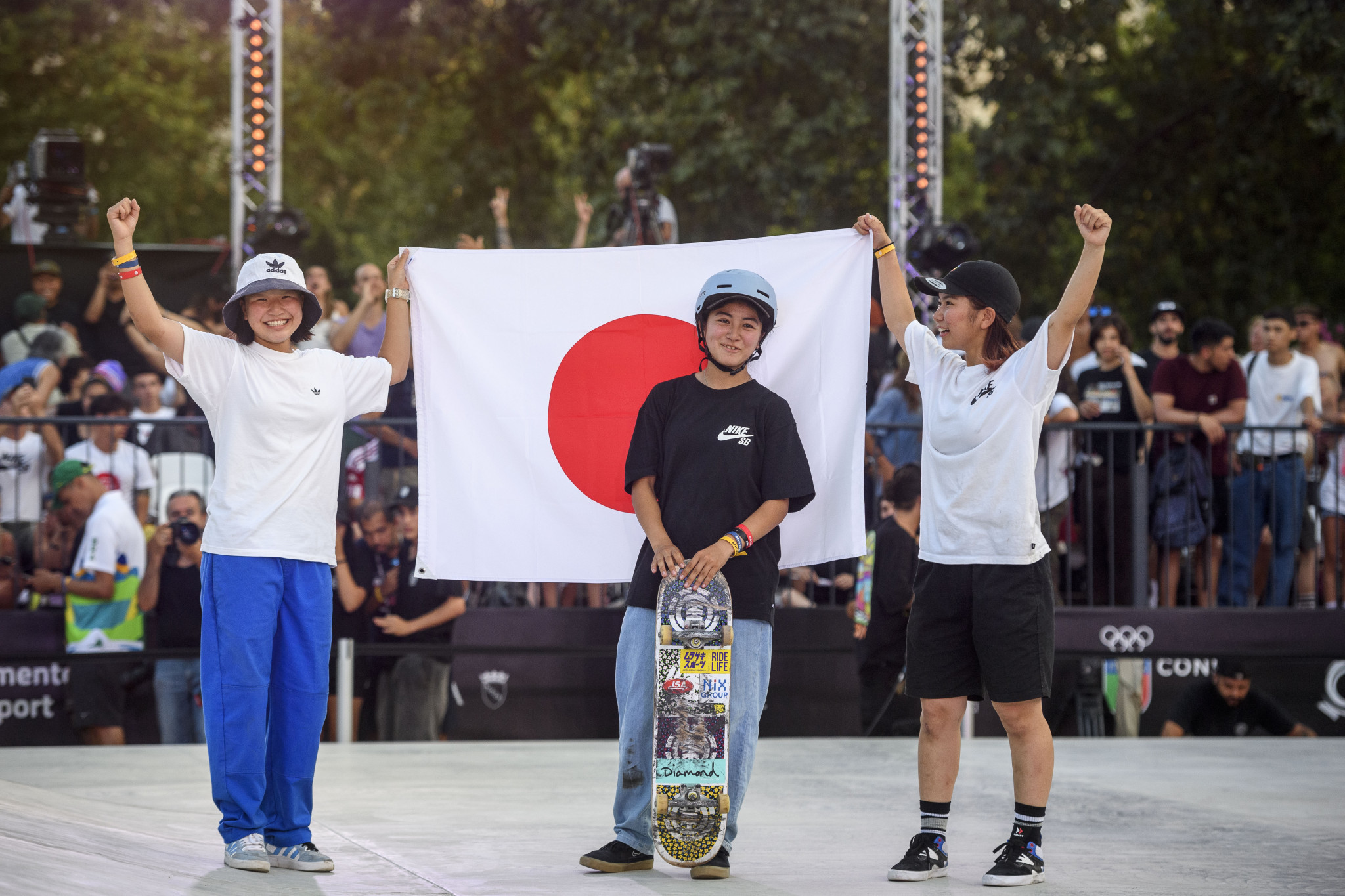 Funa Nakayama continued her fine form from the past two days at the World Street Skateboarding Pro Tour event in Rome, leading an all-Japanese podium in the women's event.

The Olympic bronze medallist had topped the standings in the quarter-finals and semi-finals of the Paris 2024 Olympic Games qualifier and delivered the same result today at the Parco del Colle Oppio e delle Terme di Traiano, located next to the Colisseum.

She threw down the highest-scoring trick with a kickflip out to front sideboard slide for 91.92 points, helping her towards a total score of 264.13.

"I am so happy," said Nakayama to Olympics.com after the win.

"I had made the first trick yesterday with one attempt, so I thought I could do it again, but I failed.

"And at the second trick, it was painful.

"At that moment, I thought I might not make it.

"Now I feel relieved because I did it."

Momiji Nishiya, the Olympic champion, joined her on the podium with a combined score of 255.64 points, and Yumeka Oda was marginally behind on 254.91.

Brazilian Olympic silver medallist Rayssa Leal found herself down in fifth in front of Coco Yoshizawa of Japan and Chloe Covell of Australia.

Pamela Rosa from Brazil finished eighth in the final.

American skater Nyjah Huston held onto victory in the men's competition ahead of Aurélien Giraud with a score of 279.43 points.

The Frenchman was second with 275.96 points, while yesterday's semi-finals leader Gustavo Ribeiro of Portugal was third on 261.40.

Yuto Horigome of Japan, the Olympic champion, finished eighth and last in the final.