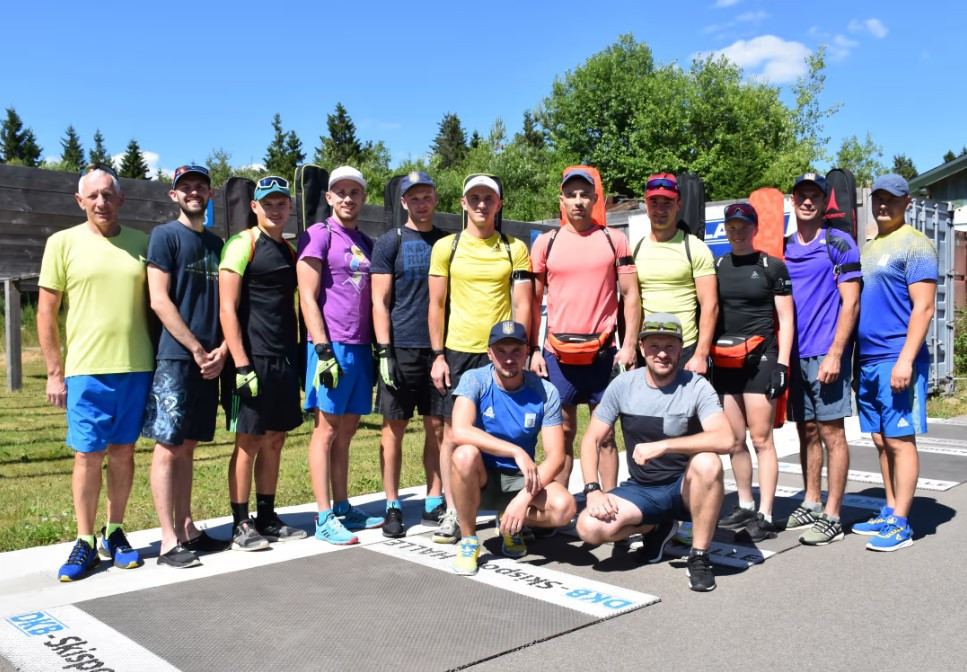 Ukraine's biathlon team has begun its second training camp of the summer despite ongoing difficulties caused by the Russian invasion.

"For me, first of all, it was important to look into the eyes of my athletes, to understand how they look at the situation and what they think," said Slovakian Sanitra, who has been working with the Ukrainian team for six years.

"When everyone went home after the Olympics on February 21, no one thought that we would not go to the last trimester of the World Cup.

"Back then we already had planned on how to start working for the next Olympic cycle.

"But that all changed on February 24, when Russia's aggression against Ukraine began.

"In those days there was all sorts of information and phone conversations, I was very worried about all the athletes and coaches, as well as fans, which there are so many in Ukraine.

"I helped in any way I could.

"For five weeks, my athlete's family lived at my house.

"This is a very difficult time, and I thought for a long time about whether to continue working or not.

"I talked to my family and realised that I can't leave my athletes, Ukrainian biathlon, and colleagues at a time when they need help."

In order to go to Germany for the training camp, the athletes needed permission to leave Ukraine which was eventually granted despite many serving in the country's armed forces or National Guard.

The United Nations reported on July 12 that at least 5,024 civilians have been killed in Ukraine since the full-scale military invasion was launched on February 24.

However, it fears the true total is much higher.

It has also recorded that in excess of 9.1 million refugees have fled Ukraine.