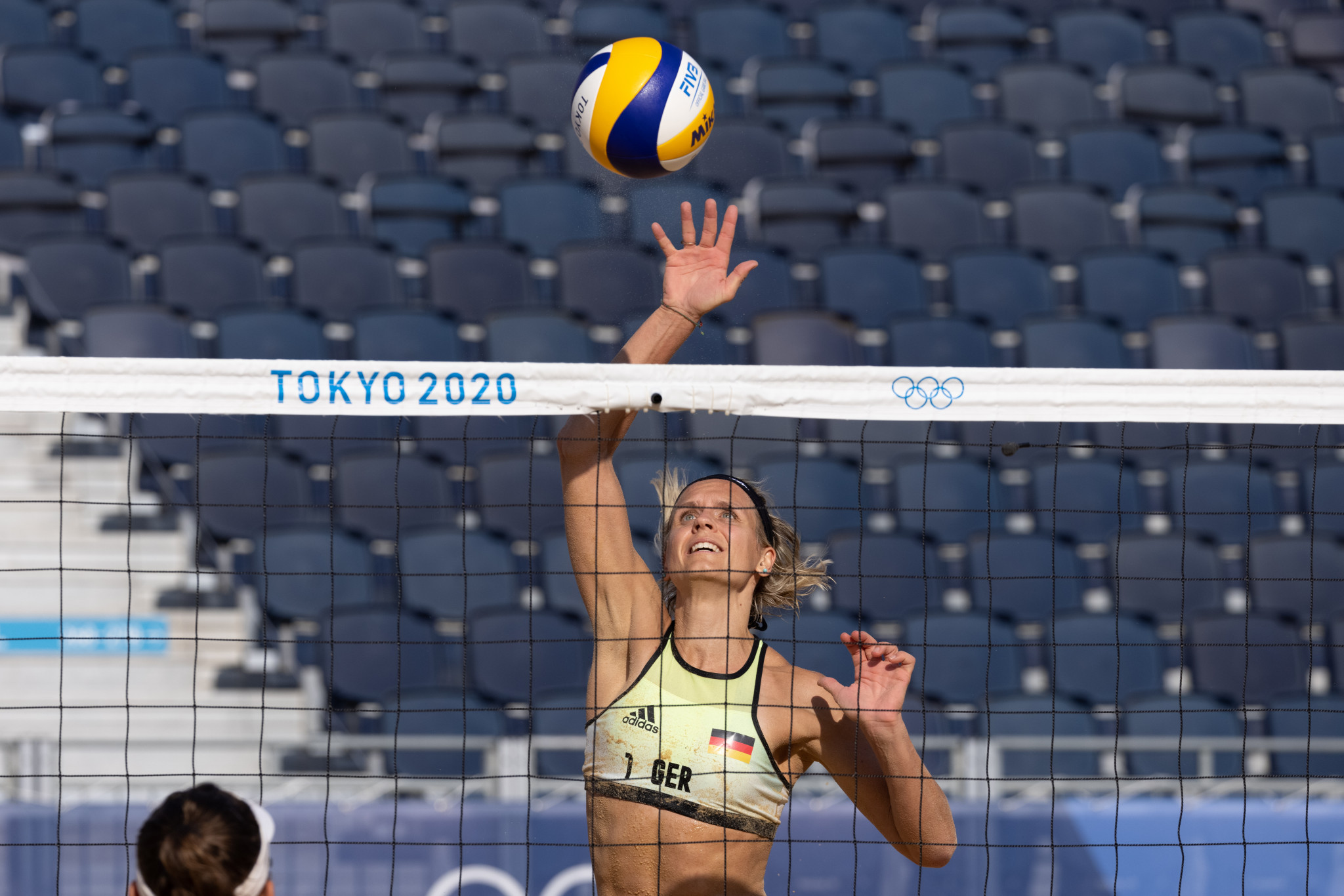 Rio 2016 gold medallist Laura Ludwig is teaming up with former indoor star Louisa Lippmann in an attempt to represent Germany in beach volleyball at a fifth Olympic Games.

Ludwig has played with three partners across four past Olympic appearances, winning gold with Kira Walkenhorst on the Copacabana beach.

Ludwig carried Germany's flag at the Tokyo 2020 Opening Ceremony before losing in the quarter-finals, against the eventual winners.

Now 36, Ludwig is plotting a return to top-level competition following the birth of her second child earlier this year.

Lippmann is swapping an indoor court for the sand, following a decorated career.

The 27-year-old player for clubs in Italy, China and Russia as well as in Germany.

Lippmann never reached an Olympics with the German team but won n excess of 100 caps, so is now eying a debut on the biggest stage in a new discipline.

Ludwig is also a former world champion - winning that gold medal with Walkenhorst in Vienna in 2017 - and they were the first European pair to win Olympic and then world gold medals.

Considered one of the best players ever, Ludwig has also won World Tour and European crowns.