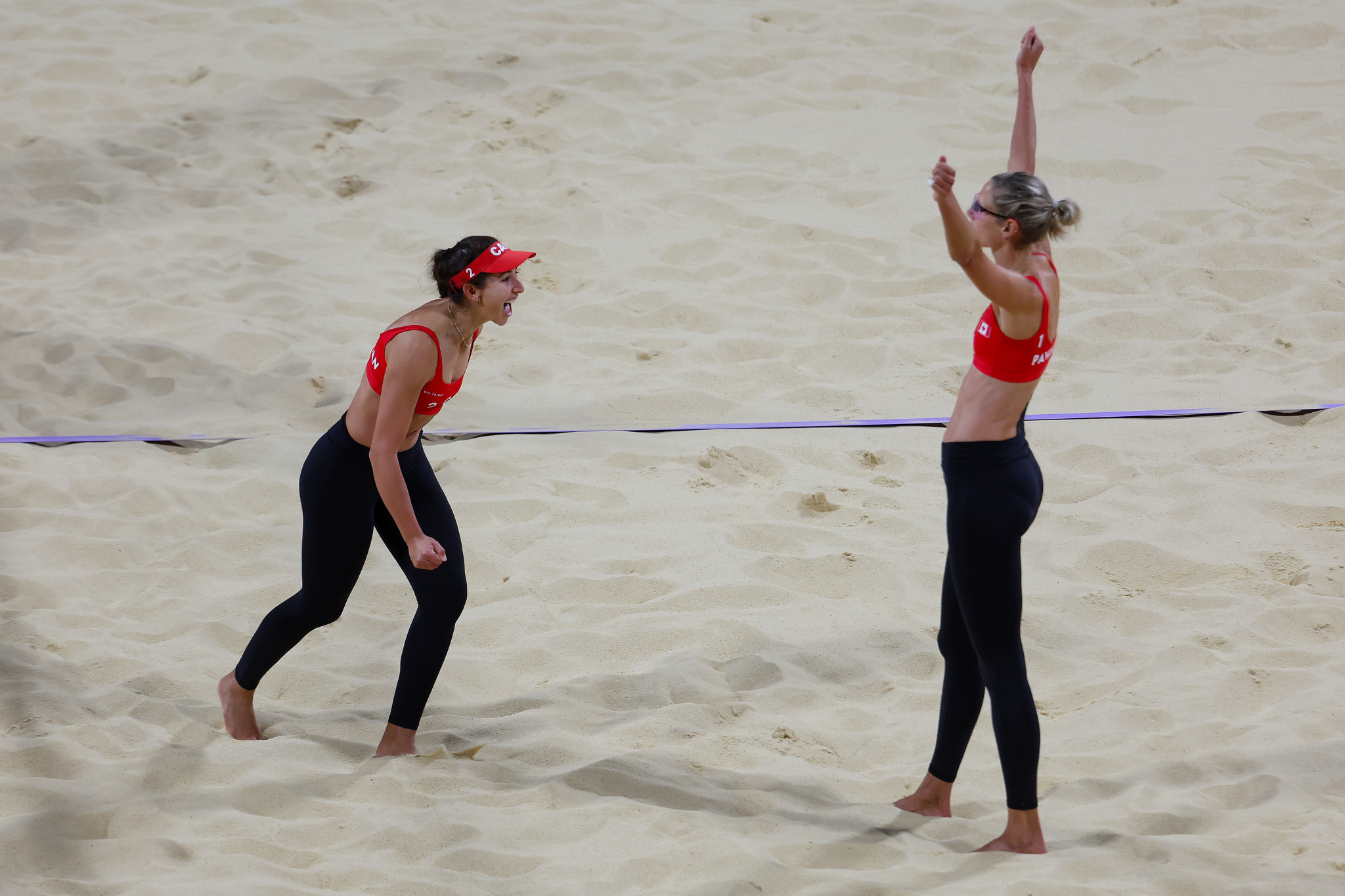 In the final, they faced Mariafe Artacho del Solar and Taliqua Clancy, the Olympic silver medallists for the title.

The 2019 world champions were on a quest to win their second gold medal at the Games, but went down in the first set.

"To be able to defend a title is one of the most challenging things to do, so this holds a lot of weight because it has been four years since our last one and a lot can change - a lot of teams have improved," said Humana-Paredes in her post-match interview.

The bronze medal went to Miller Pata of Vanuatu again and her new team-mate Sherysyn Toko, coming from behind to defeat Alice Zeimann and Shauna Polley 10-21, 22-20, 15-10.

Chris McHugh and Paul Burnett of Australia won the men's competition with a 17-21, 21-17, 20-18 victory against Sam Schachter and Daniel Dearing from Canada.