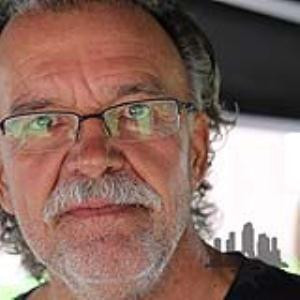 There are no plans to remove Gary Ream as chair of the World Skate Skateboarding Technical Commission, despite him being forced to stand down from his position in the United States following allegations which included financial impropriety.

World Skate has thrown its support behind Ream as the turmoil at USA Skateboarding (USAS) continued with the resignation over the weekend of several members of the Board of Directors and coaches.

Ream was appointed as chair of the World Skate Skateboarding Technical Commission in 2017 and oversaw the sport's Olympic debut at Tokyo 2020.

As it stands, he will also be in charge of the sport's appearance at Paris 2024.

"We are aware of the outcomes of the USOPC audit and respect the choice made by Mr. Ream of resigning from the USA Skateboarding Board," a spokesperson for World Skate told insidethegames.

"At the same time, we must highlight that no legal or sport authority indictment, incompatible with his technical position at the IF (International Federation) level, has been made to Mr. Ream."

insidethegames can also reveal that a close ally of Ream’s, Josh Friedberg, also forced to leave USAS as chief executive following publication of the USOPC audit, holds a key role at World Skate as chair of its Adaptive Commission.

But over the weekend there were a number of resignations from the Board of Directors, including Micaela Ramirez and Oscar Loreto Jr.

Skateboarder Nicole Hause, the only one filling a position on the four-person USAS Athlete Directors, has also been removed from the national governing body’s website.

The only Board of Directors now listed are Bryan Ridgeway, a former manager of skateboarding legend Tony Hawk, and Stephanie Murdock, the founder and President of the Skatepark of Baltimore.

Mimi Knoop also announced her resignation as a USAS coach on Instagram.

"A few hours ago, myself and the rest of the High performance team at @usaskateboarding submitted our resignations," she wrote.

"We did so b/c we cannot stand behind the decisions that are being made by those in power, as they not only affect us negatively, they affect our ability to support our athletes properly - which we refuse to sit by and be a part of."

insidethegames has asked USA Skateboarding and the USOPC for comment.