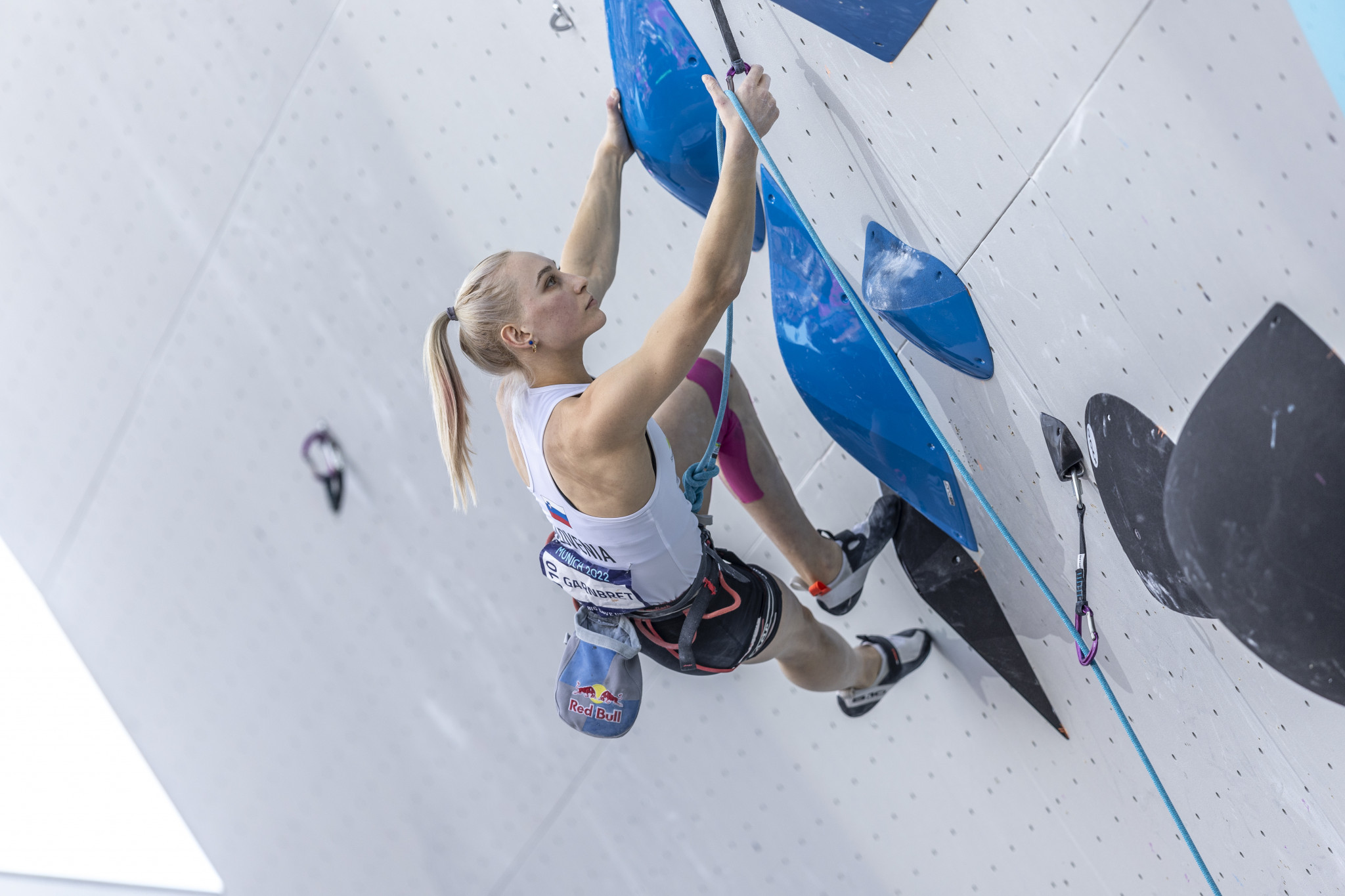 Olympic champion Janja Garnbret is aiming to continue her perfect record at this season's International Federation of Sport Climbing lead World Cup events when the circuit resumes on her home territory in the Slovenian city of Koper tomorrow.

Garnbret recorded lead victories in Innsbruck, Villars, Chamonix and Briançon on the women's side, and holds a huge lead of 1,205 points over South Korea's world champion Seo Chae-hyun, who has two second-place finishes in the first and fourth of those World Cups to her name.

Since the last World Cup leg in Briançon in July, Garnbret has added European titles in the lead, bouldering and combined disciplines in Munich.

American Brooke Raboutou is third on this season's standings, with Italy's Laura Rogora just 40 points behind.

On the men's lead World Cup circuit, Japan's Taisei Homma tops the standings on 2,990 points after winning in Villars and placing second in Chamonix and Briançon.

American duo Jesse Grupper and Colin Duffy are second and third on 2,522 and 2,390 respectively, each having won one event so far this season.

The latter is not on the entry list for the World Cup in Koper, and neither is newly crowned European champion Adam Ondra of the Czech Republic.

Qualifications and semi-finals at the Plus Climbing Koper Centre are due to be held tomorrow, with finals taking place on Saturday (September 3).