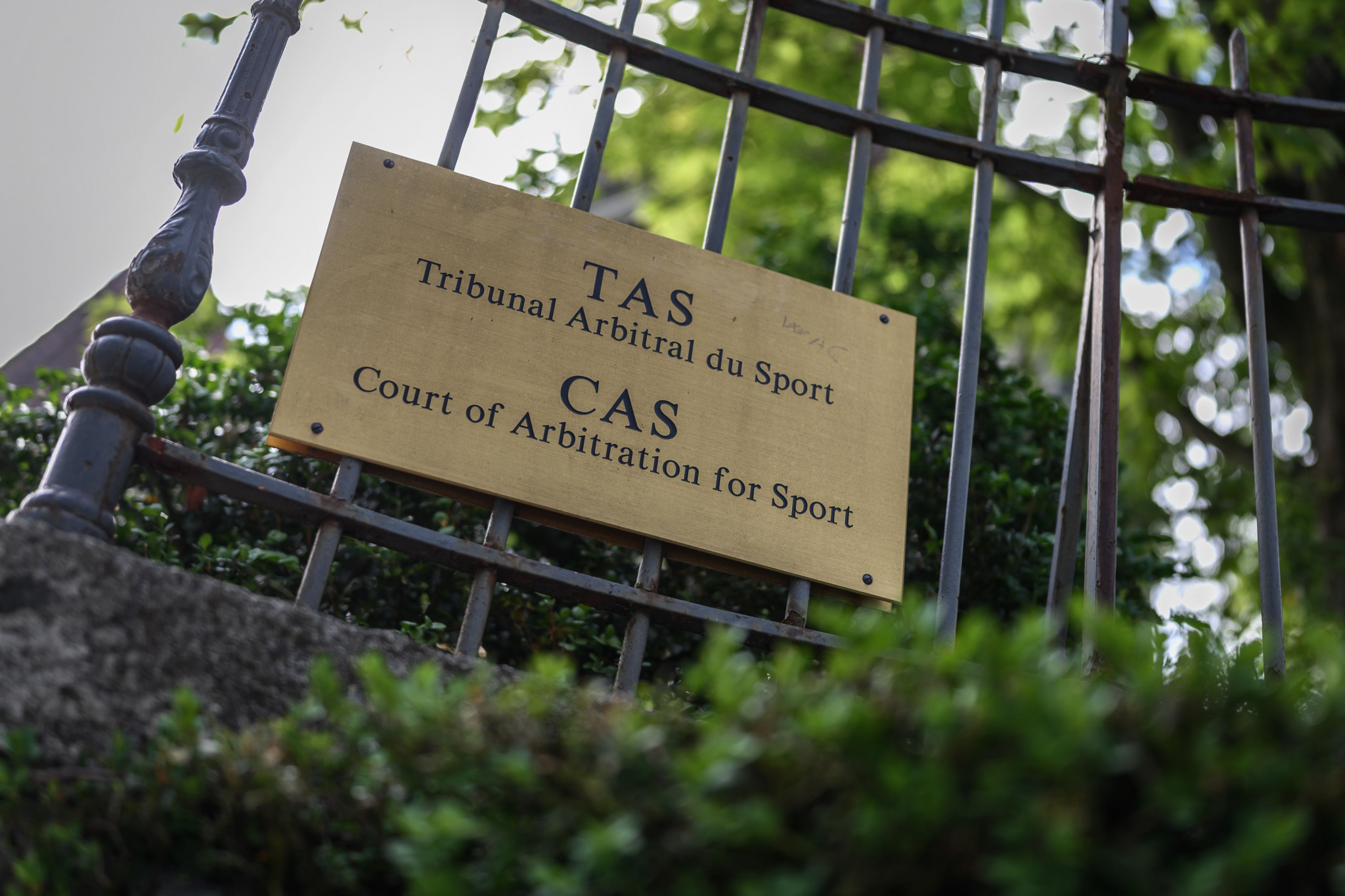 Three nations have filed cases at the Court of Arbitration for Sport (CAS) in an attempt to have the results of the International Weightlifting Federation (IWF) elections overturned.

Russia, Iran and Yemen have all called for the results to be annulled and a date set for a new IWF Electoral Congress.

Maxim Agapitov, the Russian Weightlifting Federation president who filed a case to CAS, said his action amounted to "an appeal against hypocrisy, which I’m afraid is still the main feature of the IWF".

He said he was "shocked by the procedure and results of the elections".

Agapitov has also addressed the IWF Executive Board about the current ban on athletes from Russia and Belarus, after the invasion of Ukraine, saying Russians should be allowed to compete online.

In a document sent to insidethegames, Iran lists seven complaints about the elections held in Tirana, the Albanian capital, in June.

It says the IWF breached its own constitution twice during voting procedures for President and general secretary, that some vote tallies did not match the number of eligible delegates, and that there was "a lack of democracy, transparency, accountability and fair play" during a Congress that was described at the time as "a circus" by the IWF’s new general secretary Antonio Urso.

Urso was elected five days after the Congress when a second round of voting was needed, online, because it was found that the man originally declared winner - Jose Quinones of Peru - had not polled enough votes.

Details of voting numbers were not announced during the Congress and there was a delay before full results were published on the IWF website.

There was also controversy in the election for President when Yousef Al-Mana, who went head-to-head with the winner Mohamed Jalood from Iraq, claimed that Jalood had withdrawn.

After a break for deliberations it was decided by the Electoral Commission that Jalood had not withdrawn, and he was declared winner.

When Ali Moradi, Iran's candidate for the general secretary role, filed an earlier complaint to the IWF's Ethics and Disciplinary Commission (EDC) it was dismissed because, the EDC panel said, Moradi had no standing in the sport, having been deposed as President of the Iranian Weightlifting Federation.

But Moradi had a letter from the Iranian Weightlifting Federation declaring its support for his candidacy and said he would now take the matter to the CAS.

Another concern was the make-up of the EDC panel that deliberated on Moradi's complaint.

Three of its members had been part of the Electoral Commission that monitored proceedings in Tirana and were, according to one delegate, effectively sitting in judgment on a complaint against their own alleged shortcomings.

"It was not an independent panel that heard any of our complaints," said one delegate.

Agapitov raised the subject of the previous IWF Electoral Congress, in 2017, when Tamás Aján defeated Urso in the Presidential voting and was elected for a fifth term.

Aján was ousted in 2020 during a corruption scandal, having been heavily implicated in a special investigation carried out by the Canadian lawyer Richard McLaren.

In the fallout from that scandal, the International Olympic Committee (IOC) removed weightlifting from the programme for Los Angeles 2028, and will not consider changing its mind unless there is a "culture change" at the IWF.

Agapitov said in a statement sent to insidethegames, “We were all shocked by the procedure and results of the elections.

"The number of violations surpassed even the 2017 elections.

"It is difficult to understand the meaning of the 1million euros spent on Richard McLaren's investigation and the results hidden under the carpet.

"All this does not give grounds for restoring the image of weightlifting, the development of the sport and the preservation of its Olympic status.

"The primary and most important goal for IWF is now to make every step possible towards real ‘good governance’, and I have some problems in understanding how this goal can be reached with the individuals implicated in the McLaren Report sitting on the top levels of the IWF."

Agapitov did not mention any names, and said his CAS appeal was "not an appeal against the new faces in the Executive Board" - 10 of whom were elected in Albania.

He said, "It is actually an appeal against the old corrupted system that, for example, allowed some dubious candidates to run, but at the same time forbade me to participate in the elections (this decision was annulled by the CAS just a couple of days before the elections).

"In other words, it is an appeal against the hypocrisy which I’m afraid is still the main feature of the IWF."

In a letter to the IWF, Moradi said that holding the "disastrous, non-transparent elections amid such confusion" showed a disregard for the IOC's demands.

Agapitov said that his proposal for Russian weightlifters to compete online, which he outlined to the IWF Board at a meeting in Rome yesterday, was also drawn up "to combat hypocrisy".

Agapitov said, "It was the IOC that recommended all international federations not to allow Russian athletes to participate in any international competitions, citing the impossibility of ensuring the safety of participants.

"At the same time, the IOC reaffirmed its commitment to fair competition for all without any discrimination.

"Weightlifting has a huge advantage over many other Olympic sports - weightlifters do not have contact with each other, like, say, in boxing or judo.

"They can compete independently of each other under the same conditions, as it was during the COVID-19 pandemic.

"This system would allow weightlifters from Russia to compete online with other athletes around the world, fulfilling all the requirements of any international competition.”

In a social media post, Agapitov claimed that recent comments by Thomas Bach, the IOC President, about putting conditions on Russian athletes before they were allowed to compete amounted to "a gross violation of the Olympic Charter".