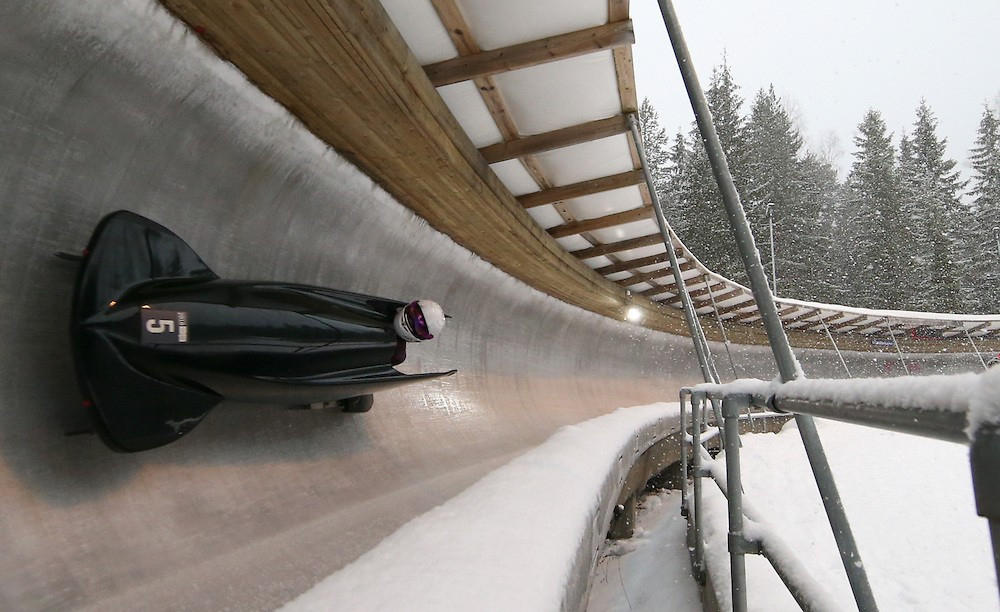 It was double gold for Germany in the brand new monobob event as Laura Nolte won the women’s title on the penultimate day of the Winter Youth Olympic Games here.

Nolte had been in second place after the first run but clocked 58.73sec in the second for a combined time of 1min 57.41sec.

She put her success down to her never-say-die attitude.

“The Youth Olympic Games have taught me never to give up,” she said.

“My last training run yesterday was really bad but today was better.

"I told myself, I can do it and that I should give my best and I gave my best."

Austria’s Mercedes Schulte had been the leader but her second run was only fourth fastest and she had to settle for the silver medal in a total time of 1:57.65.

"I cannot explain how I feel, it is just great super to get a medal," she said.

"This is a good opportunity to to develop future pilots."

Jonas Jannusch of Germany was not the fastest but proved the most consistent over his two runs to win men's gold with a combined time of 1:54.29.

Maxim Ivanov of Russia led after heat one but finished agonizingly short, 0.15 away from victory.

There was also a bronze medal for Norway’s Kristian Olsen in 1:54.53 to delight the home crowd.

Ever since the 1988 Calgary Winter Olympics, attention has always focused on Jamaican bobsleigh teams but Daniel Mayhew was only able to finish in 13th

"He has adapted really well and got in early to Lillehammer to prepare but he is still to learn all the skills, he is still a little rough round the edges,” said Trond Naplund, former coach to the Jamaican team.

International Olympic Committee President Thomas Bach was an interested observer at the women’s race alongside International Bobsleigh and Skeleton Federation President Ivo Ferriani, who dismissed the possibility of an early Olympic entry

"The following Games in China, maybe I don’t close the door on anything in the future"

British Bobsleigh President Bruce Ropner believes it will play a valuable role in developing the sport.

“’Monobob is a very good thing to learn to drive on is more forgiving than a two man or four man and therefore you can complete the bob without mishap, and if you do there is no-one behind you to make it worse,” he said.