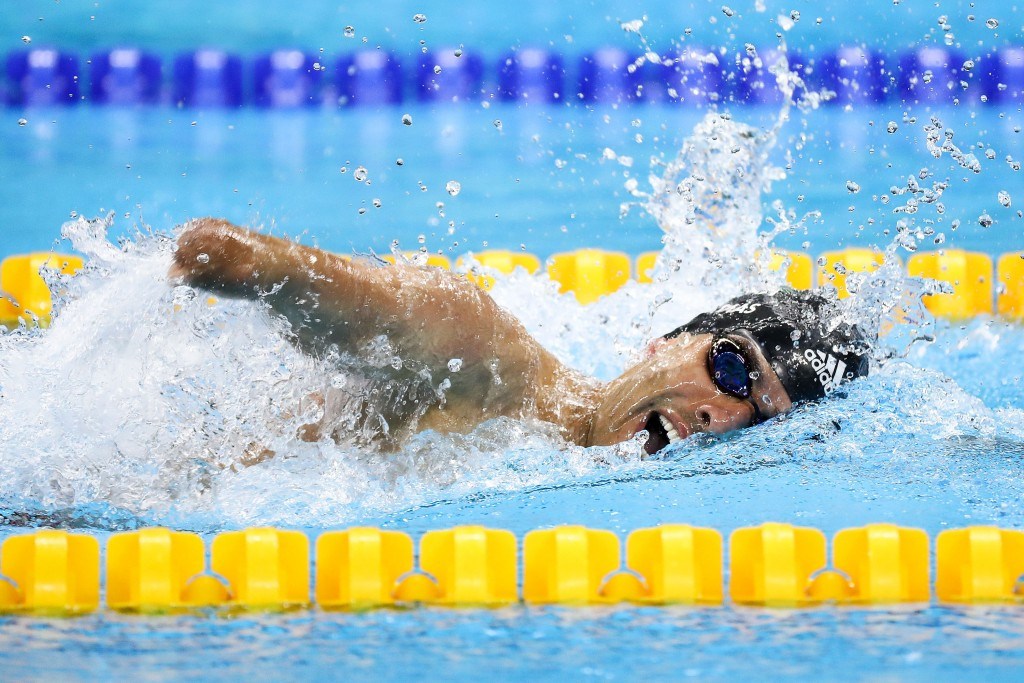 Home favourite Daniel Dias began his quest to become the most decorated male Paralympian of all time by winning a gold medal in the men’s 200 metres freestyle S5 on the opening day of Rio 2016 swimming action here.

The 28-year-old clocked a time of 2min 27.88sec to claim the first of nine titles he is aiming to win during his home Games.

If he triumphs in the subsequent seven individual and relay races, he could overtake Swedish shooter Jonas Jacobsson’s total of 17 gold medals.

Dias' time was 1.37 seconds shy of his own world record, which the now 11-time Paralympic gold medallist admitted he was somewhat disappointed about.

"My aim was to break the world record and I could not," he said.

"I talked to my coach and I now know what my mistake was.

The United States’ Roy Perkins took the silver medal with a time of 2:38.56, while Great Britain’s Andrew Mullen came third in 2:40.65.

Among the other winners today was 50-year-old Zulfiya Gabidullina, who broke her own world record to claim the women's 100m freestyle S3 title and ensure a first Summer Paralympic Games medal for Kazakhstan.

Gabidullina, hit by a motorbike and suffered spinal cord injuries when she was five years of age, posted a time of 1:30.07 to comfortably better the 1:34.86 she set earlier this year.

She had considered retiring from the sport having finished second-last in her only race at London 2012, the 50m backstroke S4, but her coach, Sattar Beysembayev encouraged her to continue training.

"My coach told me that everything comes gradually, and not all at once," Gabidullina, a former wheelchair racer, said.

"You can't jump over the sun and the moon or reach the stars all at once.

"You need to work hard and then you can accomplish anything."

A total of 13 world records were broken on day one, including eight in the finals.

Defending champion Zheng Tao of China took revenge for losing his world record in the morning heats by winning the men’s 100m backstroke in another world record time of 1:10.84.

He did so over team-mate Jia Hongguang, the record holder from the heats for eight hours, who claimed silver in 1:13.42.

Song Lingling, also of China, registered a time of 1:21.43 to blow away the women’s 100m backstroke S6 world record on her way to victory over Paralympic and world champion team-mate Lu Dong, who posted 1:21.65.

She shaved more than three seconds off Dong’s best of 1:24.71 from the London 2012 Paralympic Games.

Rounding off a trio of Chinese golds was Ke Liting, winning the women’s 100m backstroke S7 in 1:23.06 as her Paralympic title-holding team-mate Zhang Ying came second in 1:23.34.

Britain’s Oliver Hynd clocked 4:21.89 to break the men’s 400m freestyle S8 world record for the second time this year and claim his first title in the event after winning silver at London 2012.

Defending champion Bethany Firth made it a second world record for Britain in the women’s 100m backstroke S14, with a time of 1:04.05 to win the gold medal.

For a full set of results, check out our live blog here.