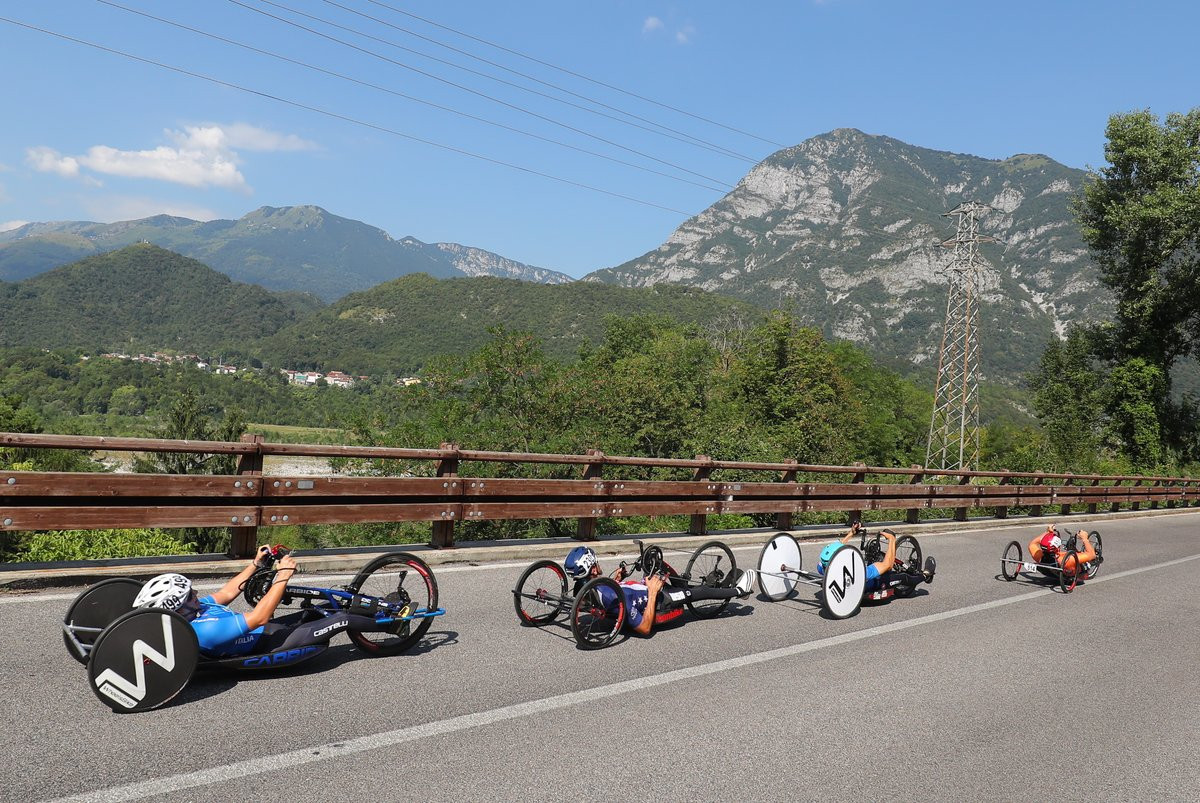 Porcellato triumphed in the H3 road race today to add to her time trial victory.

She crossed in a time on 1 hour 40min 45sec at the end of a 54.4 kilometres race today to outsprint American rival Alicia Dana, who finished on the same time.

Jady Martins Malavazzi of Brazil was 37 seconds behind the leading duo in third.

The 47-year-old has won nine Paralympic medals in athletics and a sprint gold in cross country skiing and is one of only two woman to have won four wheelchair races at the London Marathon.

Dutchman Tim de Vries was among other winners today in the men's H5 event.

This was enough for a huge 1:26 margin of victory over American Oscar Sanchez.

Mitch Vilize of The Netherlands was third another 18 seconds behind.

Russia's Svetlana Moshkovich was second in 1:41:22 and Switzerland's Sandra Graf third in a distant 1:43:55.

There was more Italian success for Fabrizio Cornegliani in the men's H1 category.

There was bronze for Harri Sopanen of Finland in 1:46:22.

Road racing action is due to continue tomorrow.