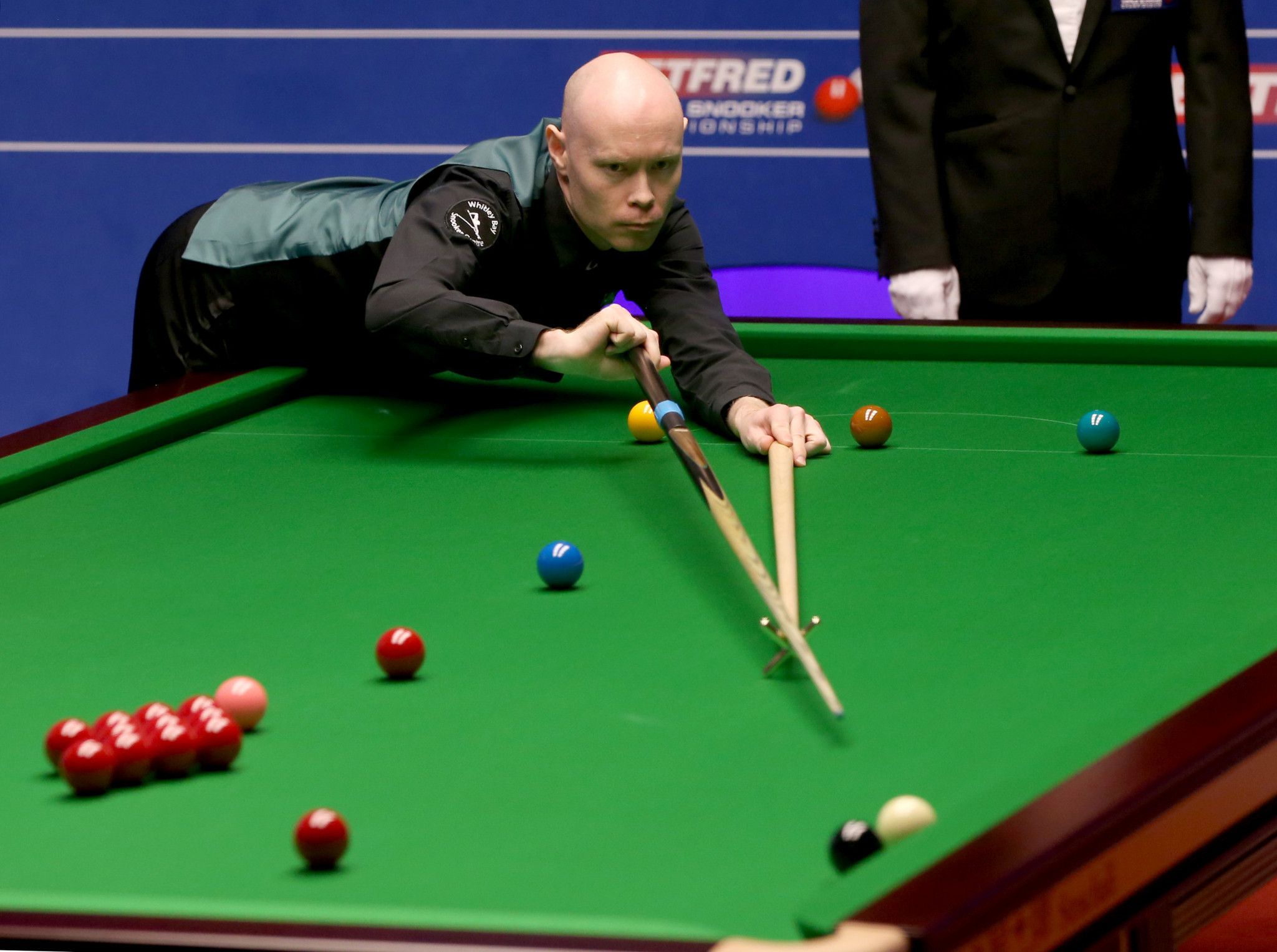 Leading 9-7 after the second session, the next four frames were shared before Wilson claimed the two he required to seal the win at the Crucible Theatre.

The world number 32 quit his job as a taxi driver after turning professional for the second time in 2013.

His first stint as a professional came from 2004 to 2006, prior to attempting to regain his tour card for seven years.

"There are certain times in that period where I did not even think I would be a professional again," Wilson told BBC Sport after defeating two-time finalist Carter.

"It was ridiculous, I was at such a low point.

"I was desperate to get back on the tour and make snooker my career.

"From that point to now is amazing, I am proud of myself."

Standing between Wilson and place in the final is seventh-seeded Englishman Judd Trump, who sealed a comfortable 13-6 victory over Scotland's Stephen Maguire.

Trailing 9-1, Maguire briefly rallied in the final session before Trump ensured his progress with an 82 break.

"I am in there battling," Trump told BBC Sport.

"Me and Gary will be out there to try to win it for the first time."

Also through to the semi-finals is four-time winner John Higgins.

Next up for Higgins is 16th-seeded Englishman David Gilbert, who overcame compatriot Kyren Wilson 13-8.

Action in Sheffield is due to continue tomorrow.