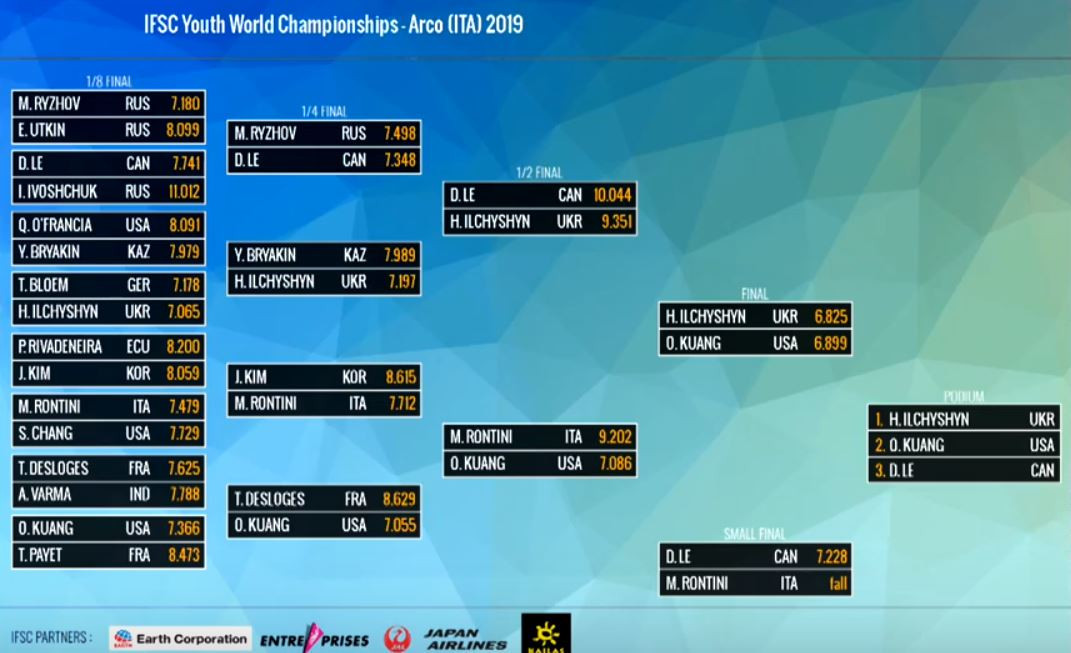 Ukrainian Hryhorii Ilchyshyn and the United States' Callie Close claimed victory in the youth B speed finals, on the last day of the International Federation of Sport Climbing Youth World Championships in Arco, Italy.

Ilchyshyn beat American Oliver Kuang in the men's big final at the RockMaster Climbing Stadium, clocking a time of 6.825sec to his rival's 6.899.

They were joined on the podium by Canada's Dylan Le, who won the small final after Italian opponent Marco Rontini fell.

France's Manon Lebon got the better of the American Oceana Carter in the small final.

And that concludes the Speed competition at the #IFSCywch! pic.twitter.com/ZYgjcHcYqc

In the big final of the men's junior speed event, Russia's Sergey Rukin edged compatriot Almaz Nagaev by 0.33 seconds with a time of 5.835.

In the women's youth A, France's Luce Douady came out on top ahead of Japan's Natsumi Hirano and Saki Kikuchi.

Spain's Alberto Ginés López led the way in the men's youth A, with Japan's Ao Yurikusa and Hajime Takeda second and third, respectively.

As for the women's junior competition, home favourite Laura Rogora took victory at the expense of the Natalia Grossman of the United States and Germany's Lucia Dörffel.